No, Alberta is not the most generous province in Canada

Albertans don't give all that much to charity considering how much they earn, but we also found the most giving city in Canada 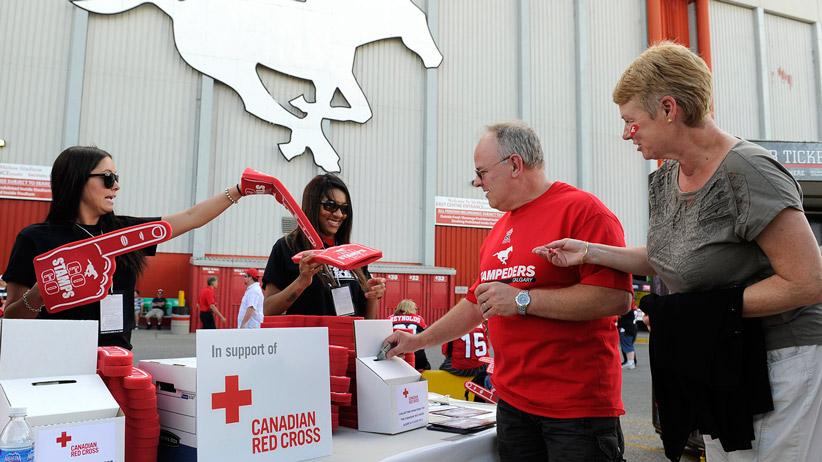 In many respects, Alberta is a province that gives. It offers the highest wages across all provinces. Alberta’s employment growth has been tops in the country for years. And Albertans, it’s often noted, dig deeper to give to a good cause than other provinces.

This week, Statistics Canada released its latest figures on charitable donors. With Albertans giving a median donation of $420—meaning half the donations from individuals in 2013 were above that amount, and half below—it once again made them tops in the country. So, giving is in style throughout Wild Rose Country, right? Well, perhaps not.

Turns out that while Albertans may give more, they also earn a lot more than those in other provinces, too. And when you look at provinces’ median donations as a percentage of the median total incomes for 2013, Alberta actually ranks right near the bottom on the philanthropy scale—besting only Quebec.

For best results on mobile, view chart in landscape mode

Think of it this way: A one per cent-er might give $5,000 to charity every year, but it’s hardly a dent in his pocketbook. If someone who makes a more modest salary gives away $1,000 annually, which of the two is truly being more generous? Alberta isn’t filled with millionaires, but its citizens make significantly more than those in P.E.I. The median total income in Alberta was $40,130 in 2013, versus $29,150 in P.E.I., yet the median donation in Alberta was just $420, compared to $400 from the islanders.

Comparing provinces is one thing, but StatsCan’s figures also allow us to see how cities stack up against one another.

Whether it’s the food bank, the arts council or a host of other charities both small and large, Steinbach locals aren’t afraid to chip in with some cash, says the city’s mayor. “It’s a culture of giving,” says Chris Goertzen. “We absolutely have that, whether it’s giving of our time or giving of our resources.”

That culture of giving, as seen on the map below, does not exist in many parts of Quebec. Of the 35 least generous cities in Canada, 31 are located in la belle province.

But it’s actually another Manitoba city that ranks at the very bottom: Thompson, Man.