The lessons we can learn from the stock market in 2017 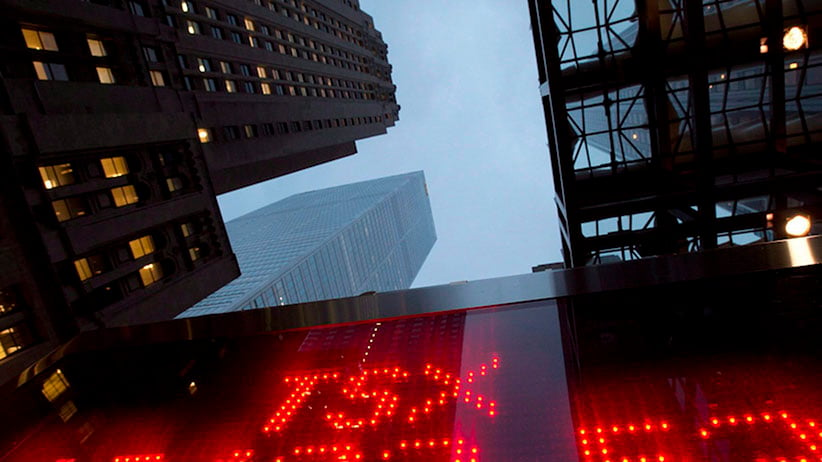 It’s time for investors to say goodbye to 2017, so here’s one last look at what was hot—and not.

It was the year of dope stocks. And Bitcoin stocks, which, frankly, we MoneySense editors find pretty dopey as well (we aren’t touching either of them). Longfin Corp. is a great example of how nutty the whole Bitcoin mess got by the end of the year. Its shares were up 2,300 per cent in a single week in December on the Nasdaq, with a big part of the surge coming shortly after the IPO when the founder “sold” himself another related company that has crypto-market aspirations. Longfin’s prospects are tied to somehow, someday leveraging the Blockchain technology of distributed ledgers (that is the backbone of cryptocurrencies) to make loans. In a year when Bitcoin rose from less than US$1,000 to almost US$20,000, it seemed like anything close to it could get caught up in the mania. Expect to see a lot more silliness in 2018, even though Blockchain technology is here to stay.

And who could forget the impact of a new president in the U.S.? The Donald called the market under his predecessor a “big, fat, ugly bubble” that was not to be trusted. Does the market like his tax cuts? You bet—not to mention his commitment to slashing as much red tape as he can, whatever the consequences. The president has many challenges with figures, and facts in general, and most of the strength in the U.S. job and stock markets may have more to do with the foundation set down under Barack Obama than with Trump. But it’s not fake news to say the Dow Jones Industrial Average managed to climb to a record number of high closes under Trump.

READ: Why stock markets are so calm in the age of Donald Trump

What about the total gains in Trump’s first year, which may be more important than the number of fresh highs? Even though the S&P 500 represents the broader market in the U.S., the Dow still gets the headlines on the daily news as the barometer of “the market.” And by this measure, Trump beat Obama for gains in their first year of office, a 25.08 per cent gain versus 20.3 per cent. On the other hand, Obama wins as measured by the S&P 500 —25.2 per cent vs 19.42 per cent. Call it a draw.

That’s the U.S.—now let’s get back to Canada. The S&P/TSX Composite gained a piddly 6.49 per cent. Financial planners have warned us that this kind of gain is about all we should budget for in future equity returns, so get used to it. But it’s hard to accept that kind of performance when you are looking over your shoulder at a boffo year in the U.S. All the more reason, we say, to spread your money around and not keep too much at home. The Canadian economy is small on a global scale, so consider investing more money in global stocks.

Below are the big movers in Canada from last year, which include a few marijuana stocks, a gold miner, and Canada’s tech darling Shopify, a list rounded out with Air Canada. The losers are dominated by smaller energy and mining plays.

Below is a breakdown of the main sector groups within the TSX index. If you managed to steer clear of energy, which has a 20-per-cent piece of the overall index pie, your stock portfolio very likely outperformed. If you want to try bottom-fishing the underperforming stocks, check out some advice from our very own Norm Rothery, who has built a strategy on how to play what he calls the Safer Canadian Dogs.

Next up is a snapshot of what drove—and held back—the Dow last year. Boeing did most of the hard work (accounting for a full 20 per cent of the actual point gain on the year). GE was the only real dog of note among the 30 stocks on the Industrial Average.

We haven’t reproduced the list for the S&P 500 here, but most of its gain was due to a select group of tech heavyweights. It was fun calling them FANG for a while but the letters have been changing, with a new name for Google and a rotating lineup of leaders. In the case of the S&P last year, the power team was Facebook, Amazon, Alphabet, Apple and Microsoft. (FAAAM doesn’t have the same ring to it, does it? How about AFAMA? AMAFA?) Some people have taken to calling them the Frightful Five. Whatever you want to call them, they collectively accounted for a quarter of the S&P’s gain last year. These huge stocks look like winners for the foreseeable future, given their rates of growth, but the valuations are steep and they could be ripe for a correction.

Also, we note the cap-weighted version of the S&P 500 is outperforming the equal-weight version, which assumes all stocks represent an equal size in the index. That is a sign of bad breadth, and means a lot of stocks aren’t enjoying the bull party. A sustained breakdown in breadth can be an early sign that a bull market is about to come apart like a cheap sweater. Just sayin’; corrections are inevitable. Trying to time them is a mug’s game, so who knows: maybe this bull will keep running for a long time yet.

Of course, breadth can weaken then rally without triggering a big correction, so let’s not be necessarily bearish on the year ahead. Stay the course, but it’s always good to play some defence. And just keep in mind that the S&P is up almost 300 per cent since bottoming out in the first week of March 2009, Obama’s first year. If it continues to run higher through this coming August, it will be the biggest bull run since 1928. Most of you probably know, but something very bad happened the year after that but the basic advice MoneySense always offers is to stay invested in a diversified portfolio of low-fee exchange-traded funds and ride the occasional bumps. (We call it the Couch Potato portfolio strategy, and you can read more about it here.) We’re not panicking. Things go up, things go down. In the event of a major drop, buy more.

MORE ABOUT STOCKS from MoneySense