The other Scott Gilmore and the cruelty of payday loans

The payday loan industry profits off the poor and bleeds users dry. And it took a case of mistaken identity to make Scott Gilmore mad about it. 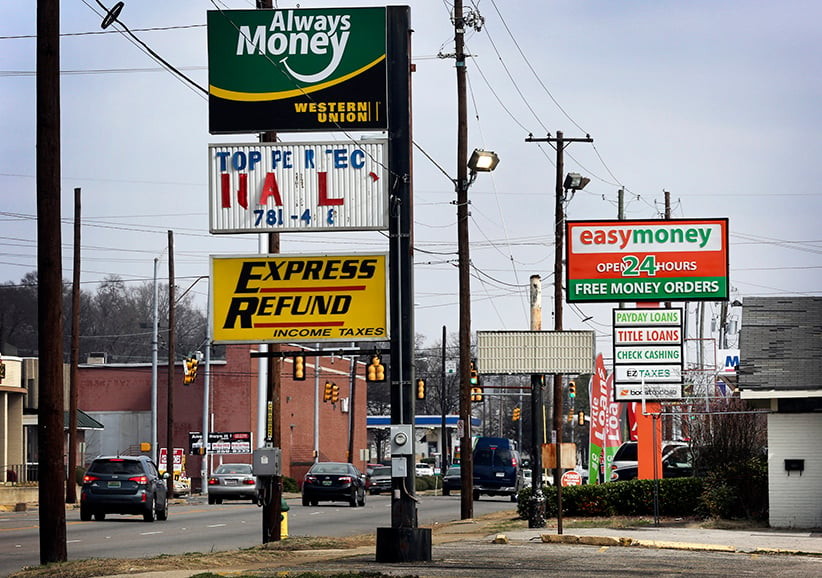 A month ago, a payday company began sending me emails. I ignored them, assuming it was just spam. When they kept coming I figured it was a phishing attempt trying trick me into divulging personal details. I deleted them. They continued.

I then worried that someone had stolen my identity to borrow money. I called the company. A woman listened to me patiently. She told me “my” account would be reviewed.

Shortly after, a sternly worded email arrived. “We regret to inform you your request to delete your personal information cannot be honored.” And payment was due.

Alarmed, I clicked on the link in their email and logged into “my” account. I discovered another Scott Gilmore had borrowed the money and had inadvertently entered my email address.

It is strange to peer into the life of your doppelgänger. This Scott is younger. He works in a BBQ restaurant. He is single. He earns $500 a week. I found his Facebook page. In his profile photo he is holding a young son.

But when I saw the terms of the loan that led to this strange encounter, my curiosity turned to shock. Scott had borrowed $300, to be paid back over four months, at 400% interest.

I’m well aware of the exorbitant practices of the payday loan industry. I knew in an offhand way that it profits off the poor. But I had to stumble across someone with my name who was being squeezed out of money he didn’t have, before I got angry.

There are over 1,400 outlets across the country. They primarily target people with low to moderate income and no assets. Nearly two million Canadians took out a payday loan last year. These are respectable people with jobs facing an unexpected car repair or running too short to buy back-to-school supplies. People like you and I, just a little less lucky this month.

Canadian usury laws ban more than 60% interest on loans, but in 2006 the federal Conservatives passed a law exempting payday lenders from criminal sanctions and effectively removing the interest cap. Since then, the industry has metastasized.

Regulations vary. Manitoba limits prices at $17 for every $100 borrowed. In Ontario it is $21. It sounds reasonable, but that is an annual percentage rate of over 540%, twice the traditional vig charged by loan sharks. Stan Keyes, the former federal cabinet minister and now the president of the Canadian Payday Loan Association, argues that it is unfair to calculate the interest rate this way, since the loans are typically for only two weeks. However, he concedes that many borrowers take out multiple loans over the course of the year.

It gets worse. A quarter of the loans initially default. Lenders actually want this. For an additional fee they happily extend the loan for another two weeks. Week after week, borrowers are slowly bled dry, often paying back several times more than they borrowed. What other business profits from keeping their customers down and out? Is there a more morally bankrupt industry?

The impact is immense. When people fall behind in their payments, the fees add up creating a painful financial drain for those who can least afford it. The stress this creates is immense. A recent study by St. Michael’s Hospital in Toronto found a relationship between the number of payday lenders in a neighbourhoods, and premature mortality.

The industry argues it is simply meeting market demand. Keyes told me. “It’s blatant paternalism to prevent low income people from borrowing money when they need it.” But really this is a market failure. Their customers can always find better deals at a fraction of the cost at credit unions or traditional banks. But payday lenders mask their ruinous interest charges, take advantage of financial illiteracy, and create a path of least resistance to their plexiglass booths.

There is hope. Banks have made credit cheap and payday lenders have made it easy to obtain. New startups, like the Toronto-based Borrowell, are trying to beat both by providing cheap and easy credit. It takes only 1 minute to apply for a loan on their website, which is even faster than walking down to the cheque cashing shop. And their interest rates? A relatively humane 13% on average. They’ve already had over $100 million in applications to date.

Keyes complained to me: “The media likes to demonize short term loans, and perpetuate stereotypes the people who take out these loans are helpless and stupid.” Possibly. I wouldn’t suggest that the other Scott Gilmore is either of those things. Nonetheless his lender is taking advantage of the fact he isn’t aware of other, less costly, options.

At the end of our interview I asked Mr. Keyes if he had ever taken out a payday loan himself. In a moment of unexpected frankness, he responded: “No. I’ve been fortunate. I have some financial skills.”