What the low loonie means for Canadian consumers, businesses and investors

The falling dollar could eventually help struggling exporters, but consumers stand to lose 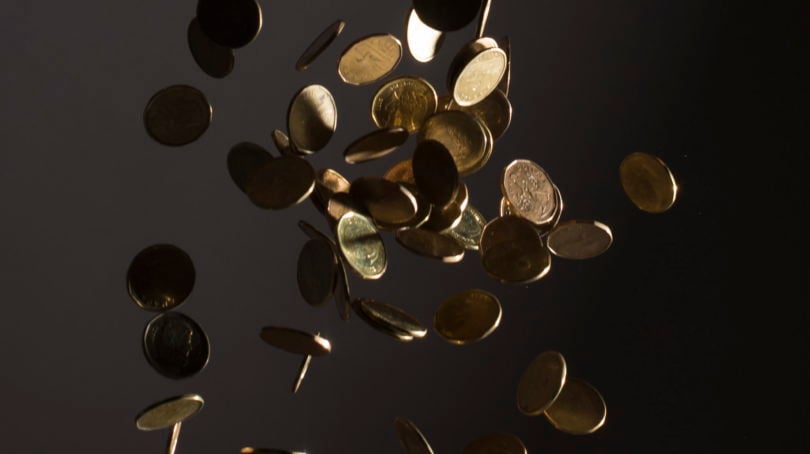 If there’s one thing that Canadians love to talk about, it’s the loonie. Our currency has always been dinner time conversation and with COVID-19 keeping everyone indoors and causing the dollar to fall, a lot of people are chatting about the direction of our dollar. At the time of writing, the loonie was worth about $0.704 compared to one U.S. dollar, down from $0.75 in early March and depending on how things go, it could fall further.

Before we get into what a cheaper dollar means for you and the Canadian economy, it’s important to understand why the loonie has fallen. Generally, when investors get nervous they move their money out of risky securities and into more reliable ones. That usually means pulling money out of stocks and putting them into bonds and, in particular, U.S. treasuries, which are the gold standard for stable fixed income.

These investors—large institutional investors, hedge funds, mutual fund managers—are selling out of global securities, which means they’re dumping stocks that are denominated in other currencies (like the loonie) and buying bonds with U.S. dollars. Like with stocks, when you sell out of one currency and buy into another, the former falls in price and the latter rises.

READ: What to do if you’re laid off because of the coronavirus

You may think that the Canadian dollar would be considered a “safe haven” currency (a currency people want to own to keep their money safe) like the U.S. dollar and there have been times, such as during the Great Recession, when investors have preferred loonies over greenbacks. However, Canada’s currency fluctuates with oil prices and the per barrel cost of West Texas Intermediate crude has dropped significantly, from US$53 in February to around US$25 today.

“There’s been a complete unwinding of Canadian dollar positions, which stems from a flight to safety,” says Edward Moya, a senior market analyst with Oanda, a foreign exchange trading company. “People have been willing to sell everything—Canadian socks and global positions and any risky asset they own. A lot of that money has flooded into [U.S.] treasuries. Why? Because it was the easiest trade on Wall Street. The U.S. dollar’s strength was relentless as you had this mass exodus into safety.”

The dollar could drop further, especially if oil prices continue to decline or if the country’s economic outlook worsens from here.

So what does a lower loonie mean for Canadians? The most obvious impact is on the purchase of U.S. goods. If you were to spend $100 in U.S. dollars buying an item online today, it would cost you about $143 compared to $134 if you purchased the item on March 1. With the loonie typically worth less than the greenback in normal times, most people are already familiar with how much more expensive it can be to buy stuff from the U.S.

READ: Deferring your mortgage because of coronavirus could cost you

What people may not realize, is that when retailers buy goods in U.S. dollars they too have to pay more to get that thing into their stores. In many cases, the additional costs get passed to consumers. And we import a lot of things from the U.S., including gas, books, machinery, cars, iPhones, food and so on. Prices on those items could certainly rise. A 2014 Fraser Institute report says, “A weaker loonie triggers higher domestic prices, which hits consumers in the wallet, and (results in) higher importing and financing costs, which hurts businesses and government.”

On the flip side, companies that sell to the U.S. will now be making more money. If you earn $100 from a U.S. client, you can now convert that into $142 Canadian. Historically, this has helped Canada’s manufacturing sector, which spends money in Canadian dollars, but generates revenues in U.S. currency. When those revenues are converted back into loonies, these companies can earn thousands or even millions in additional funds, which can then be used to hire new employees or invest back into the business. (A lower loonie also allows companies to be more competitive by selling their goods for less money than their U.S. counterparts.)

Unfortunately, Canada’s manufacturing sector contributes a lot less to our gross domestic product than it used to—down from 30 per cent in the 1950s to about 10 per cent today—so a lower loonie may not give our economy the boost it did years ago.

Let’s take gold as an example. In September 2018, an ounce of gold was worth $1,213 USD It’s now worth $1,650 USD for a gain of 34 per cent over the last 15 months. In Canadian dollar terms, gold jumped by 48 per cent over the same time period, rising from $1581 to $2343 today. If you own a lot of U.S. dollar denominated stocks, your portfolio wouldn’t have fallen as much during this downturn as those who hold all their stocks in Canadian currencies. (Unfortunately, surveys show that most Canadians hold more than 60 per cent of their money in domestic stocks—far more than the recommended amount of about 30 per cent to 40 per cent—so many wouldn’t have gotten that currency boost.)

The main issue right now, when we’re stuck in our homes and watching our wallets, is how the lower loonie might impact the price of consumer staples, such as food or other items we need to live on. So far we haven’t seen any price increases, but we could.

Otherwise, the loonie’s decline won’t impact us all that much (we’re not travelling, people aren’t buying as many cars), though the fluctuations still make for interesting conversation.