Your BBQ season is more expensive than ever

It's never been costlier for Canadians to host a burger and hot dog cookout, according to our BBQ index 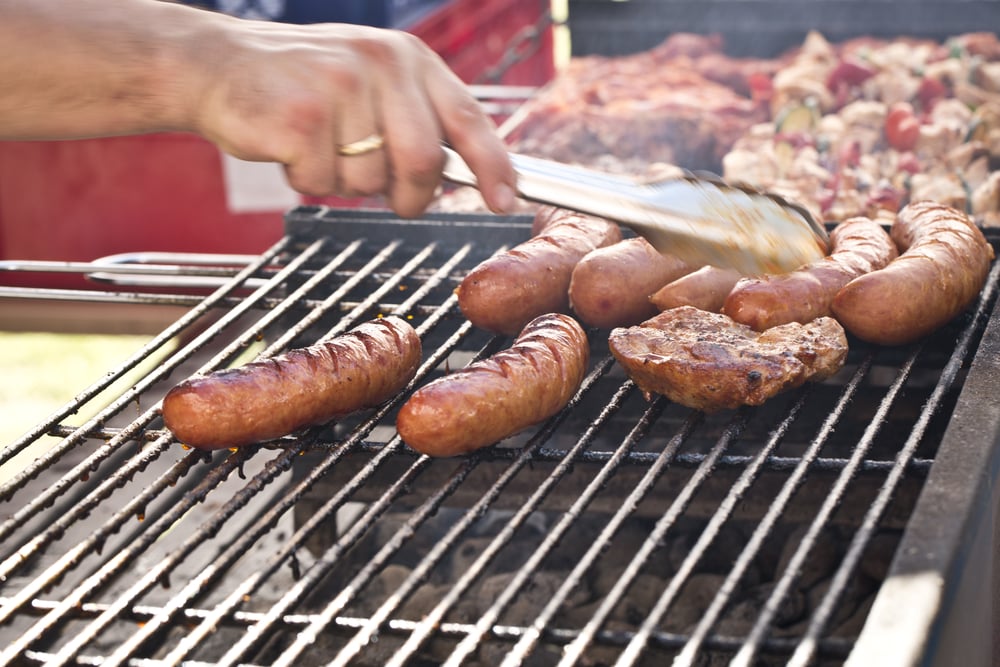 Canada Day may be in the rear-view mirror, but there’s much more summer—and barbecue time—ahead. Unfortunately for grillers, though, they’re paying a premium this year for all the typical fixings that make a perfect summer feast.

Inspired by this analysis of what Americans are paying to grill, we created a Canadian BBQ index to show how much more expensive it’s been getting to have a cookout. We gathered the prices of eight BBQ mainstays–ground beef, hot dogs, cheese slices, bread, onions, tomatoes, ketchup and pop—from Statistics Canada’s average retail prices tables, and compared them on a year-over-year basis back to the mid-1990s. This year, that basket of goods cost $28.95–an increase of more than five per cent from than the year before, and nearly twice as much as a decade ago.

More economic coverage:
Why Canada isn’t immune to a U.S.-style housing crash
Who said it: the Canada-U.S. housing bubble quiz
Why Quebec is closed for business 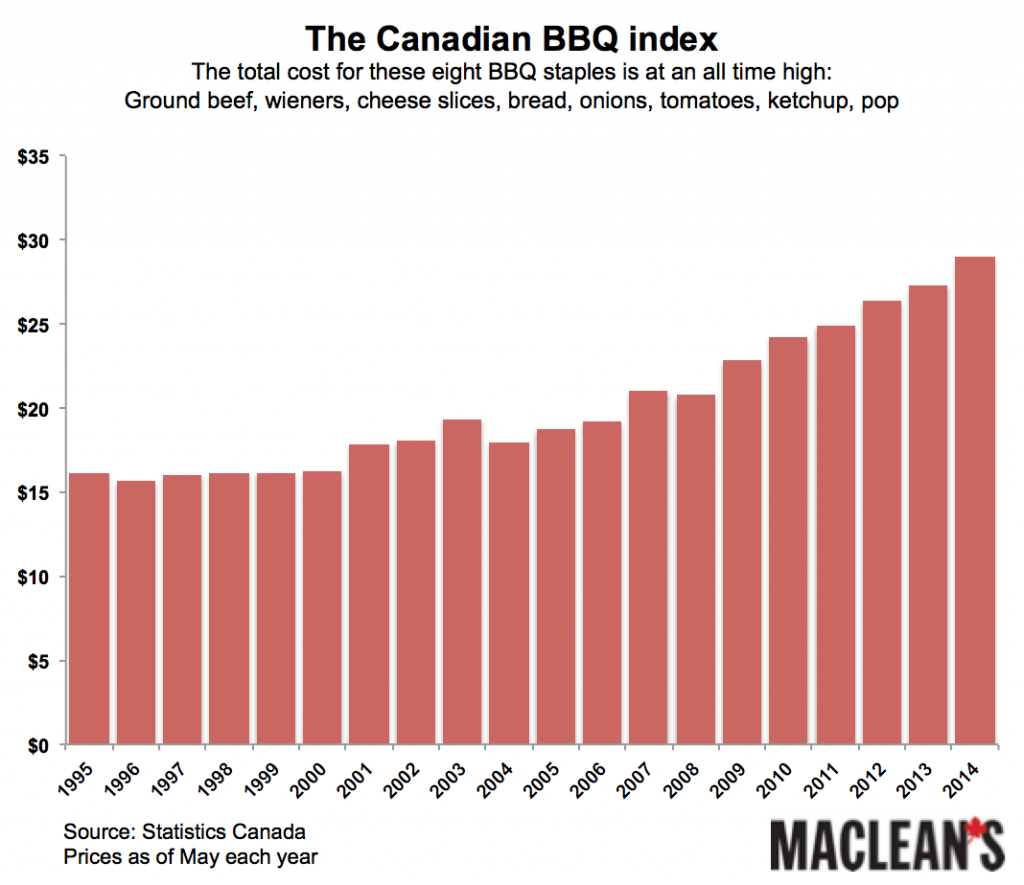 So what’s going on? As inflation ticks upward in Canada, food producers are passing on the costs onto consumers, either through smaller package sizes (you might have noticed your bacon packages have shrunk) or higher costs. Either way, you’re paying more than you used to. In particular, as the next chart shows, it’s the meats that have pushed prices upward, especially ground beef. According to Statistics Canada, in 1994, the average price for a kilogram of ground beef across the country was $5.19; as of May, the price had doubled to $10.68, a 12 per cent increase since just last year. (Note: StatsCan doesn’t separate out fresh tomatoes from its vegetable data, so for the purpose of this exercise we went with the canned variety.) 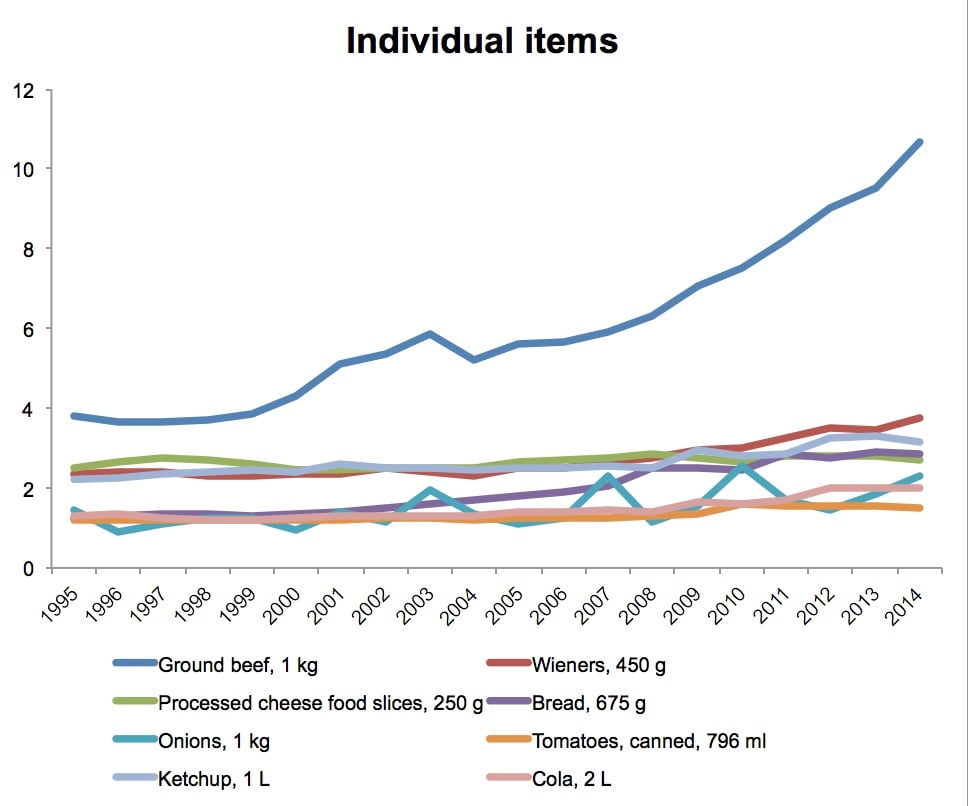 The spike comes in the wake of the news that North American cattle ranchers have cut the size of herds because of unseasonably dry weather in recent years. Shrinking herds, along with increased demand from Asia, are producing a huge run-up in beef prices, and as the BBQ Index suggests, there’s little indication it will slow soon.

Add it all up, and grilling through the dog days of summer this year is going to cost you.

*This post has been updated to correct the source of the data, which come from Statistics Canada’s average retail prices tables and not the consumer price index tables.