America is making country of origin rules a NAFTA priority. Look out, Canada.

Why Canada's global sales pitch as a simpler avenue to U.S. consumers may bother the Trump administration 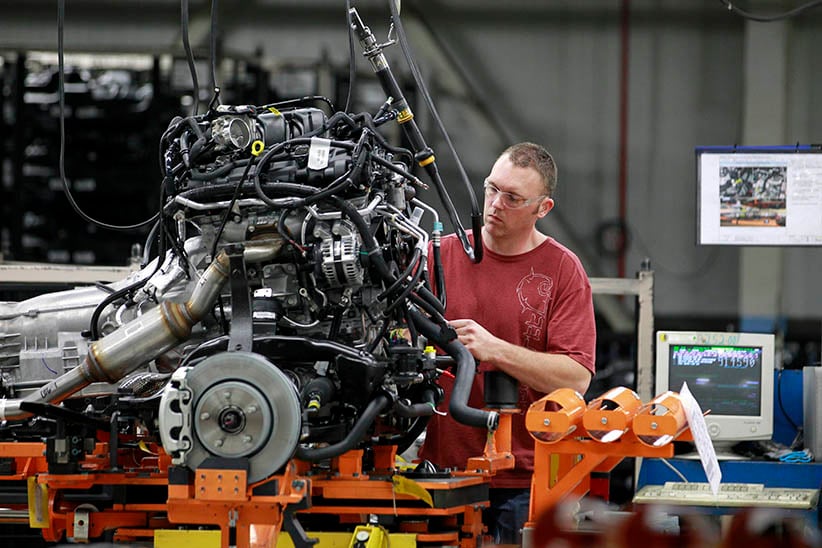 It’s not like Canada is an unattractive place to stick a factory or a foreign outpost.

Consider: a $2-trillion economy; relatively rich households that don’t mind shopping on credit; rule of law; “free” health care; and low corporate taxes. There’s even a chance the dreamy Prime Minister will provide some free publicity, as Justin Trudeau did for Microsoft Corp. when it opened an office in Vancouver last year, for example.

That’s more than a lot of countries can offer. But Canadian promoters are never quite sure their country is a winner on its own merits. Early in any discussion, they will note that settling in Canada isn’t really about selling stuff to the folks of Bathurst or Brandon; rather, it’s about doing business in Boston or Buffalo or anywhere else in the United States, but without the hassle of obtaining a green card.

For a couple of decades, a big part of Canada’s sales pitch to international investors has been that the North American Free Trade Agreement works as a backdoor to the world’s most voracious consumers. So entrenched is this marketing gimmick that Trade Minister François-Philippe Champagne now talks about Canada as a gateway to more than 1 billion people, a figure he derives from adding the populations of North America and the European Union, another big, rich economy with which Canada enjoys preferential access as of earlier this month.

Question: if the goal is selling stuff to Americans (or Europeans), why not set up shop in America (or the EU)?

That’s not me asking, by the way. It’s Wilbur Ross, the billionaire investor who currently is moonlighting as commerce secretary in the Cabinet of U.S. President Donald Trump. And unfortunately for Champagne and other Canada boosters, Ross appears to have decided there is only one reason a company would do business in America via Canada or Mexico. That reason: to screw Americans.

“We cannot forget that the point of a free-trade agreement is to advantage those within the agreement—not to help outsiders,” Ross wrote at the Washington Post last week. “Instead, NAFTA has provided entry into a bigger market for outside countries, and the United States is paying the price. While NAFTA has achieved its goal of increasing three-way trade in absolute terms, American workers and businesses are not benefitting in a way that is fair and reciprocal.”

You can never be sure how much weight to put on this kind of talk from a White House that is on its way to forcing dictionaries to rewrite their definitions of “bluster.” Neutral reports on the Trump administration’s trade policy tend to include a line advising readers that most economists disagree with just about everything that comes out of the mouths of the president, Ross and Robert Lighthizer, the U.S. trade representative and leader of the American side at the renegotiation of the North American Free Trade Agreement.

Perhaps sensing it was getting crushed in the intellectual arena, Team Trump has tried harder of late to show there is real thought behind those presidential tweets on trade.

Lighthizer, who lacks his boss’s need for public attention, appeared at a Washington-based think tank on Sept. 18 to explain at length why the administration is so obsessed with narrowing the trade deficit. And Ross, who had gone quiet on NAFTA after it looked for a while like he would be running the show, re-emerged last week to promote a new Commerce department study that he said proves American auto workers are the victims of a flawed arrangement that favours Canada and Mexico.

To qualify for NAFTA’s duty exemptions, about 60 per cent of a product’s inputs must come from North America. (It is 62.5 per cent in the case of motor vehicles.) The Trump administration wants to increase that percentage, and it has even suggested that it will demand a minimum level of U.S. content. Canada and Mexico have said they are happy with the “rules of origin” as currently written, and that they would oppose any attempt by Washington to insist on a specific quota for any one country.

Most economists, of course, say the U.S.’s demand for higher rules of origin is something between silly and dangerous. North American companies, led by the U.S.’s world-beating corporations, have spread out across the continent to reduce transportation costs, exploit cheaper labour, and source inputs from the most efficient producers. Mess with that production system, and you may end up messing with the ability of American companies to compete with their Asian rivals. Higher rules of origin might create more jobs, but in China, India, Thailand and Vietnam.

Here’s what Ross’s Commerce study says: the researchers, Anne Flatness and Chris Rasmussen, used a fairly new database compiled by the Organization for Economic Cooperation and Development to see who was getting the most out of NAFTA. The OECD data assesses the value added at each stage of production, a more precise way of measuring exports, because the country that makes the computer chips in your car or truck is responsible for something considerably more valuable than the wheel nuts.

Using these value-added data, Flatness and Rasmussen calculated that the U.S. share of automobile imports—in other words, the amount of American made parts in cars and trucks imported from Canada and Mexico—dropped to about 12 per cent in 2011 from about 19 per cent in 1995. Canada’s share declined by a similar amount, while the Mexican share of value-added increased to 13 per cent from 7.4 per cent.

Another country posted a big gain along with Mexico. China’s share of value-added in U.S. automobile imports rose to 7.3 per cent in 2011 from almost nothing in 1995. Ross finds this odd, as NAFTA is a trilateral agreement, not a four-way deal. His researchers dug deeper and determined that China’s share of value-added automotive imports from Canada and Mexico had also grown significantly.

The commerce secretary concluded the figures mock a standard criticism of Trump’s fixation on the U.S.’s trade deficit with its NAFTA partners. That criticism states the deficit contains little information because North American companies are always importing and exporting various inputs on the way to final assembly. “These data debunk the claim that U.S. content in the form of parts is so high that we shouldn’t worry about headline gross-deficit figures,” Ross says in his op-ed. Later, he adds, “if we don’t fix the rules of origin, negotiations on the rest of the agreement will fail to meaningfully shift the trade imbalance.”

It feels redundant to state that most economists will interpret the Commerce study differently than Ross. To begin with, the OECD data on value-added stops at 2011, several years before Elon Musk sold his first electric car.

Ross’s numbers jibe poorly with recent work by the Bank of Nova Scotia, a big lender in Canada and Mexico. Carlos Gomes, a Scotia economist in Toronto, calculated that 75 per cent of the parts and technology that constitute North American cars and trucks comes from somewhere on the continent, well in excess of the current minimum.

Like his counterparts at Commerce, Gomes observed that China has been coming on strong. But Chinese exports of automobile parts to North America are growing about a percentage point slower than they are to the rest of the world, suggesting NAFTA actually makes U.S. automobile companies more competitive. North American motor vehicle exports have averaged growth of 3.5 per cent annually over the past decade, faster than other regions. Mexico leads, but the U.S. also has increased its share of the global market for automobiles and parts by a percentage point of the past decade. The industry is hiring far faster than other manufacturing sectors in the U.S., suggesting continental integration is good for the economy.

None of this made it into the Commerce study. Nor did Ross acknowledge that strict rules of origin could backfire, because much of the electronics in new cars and trucks is made in Asia. If a revised NAFTA required car makers to use high-tech gear produced in the U.S., the companies likely would assemble their automobiles in Asia and pay the required duty to ship them to North America, according to Gomes.

Canadian, Mexican and American negotiators will complete their round of talks in Ottawa on Sept. 27. Lighthizer says the three sides are working at “warp speed,” yet Canadian news reports keep saying the Trudeau government lacks clarity on what Washington really wants. But one thing is certain: Canada and Mexico are dealing with an aggrieved partner. Perhaps things will break differently, but as the Trump administration digs in on the necessity of reducing the U.S. trade deficit, it’s becoming increasingly difficult to see how Canada and Mexico can avoid making significant concessions.

Given those circumstances, Champagne might want to dial back his boast about how many consumers can be supplied from Canada. The Trump administration wants to lock the backdoor. If Canadians keep bragging about how they have a key, they may find themselves drafting a new sales pitch: Canada as a gateway to Europe, and only Europe.