Nations ponder how to deal with Trump's 'withdrawal doctrine'

The international community watches as the U.S. shocks with NAFTA demands, looking for clues to Trump's larger plan 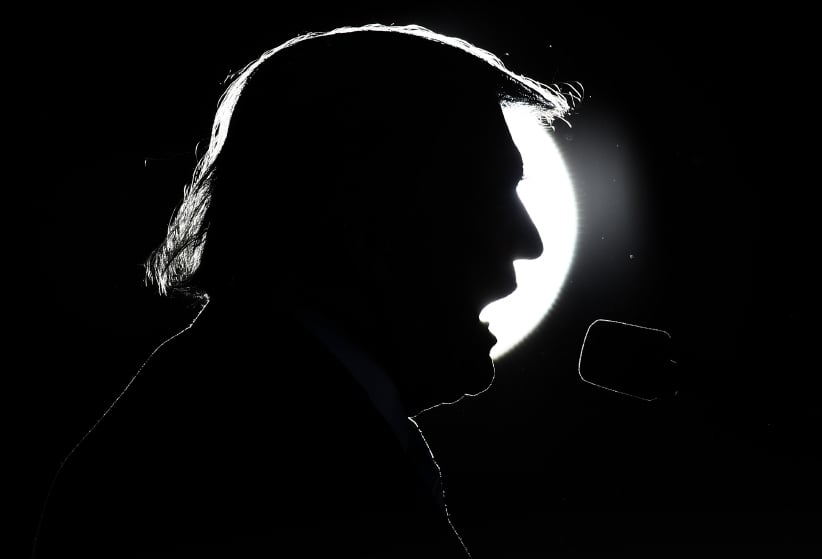 ARLINGTON, United States – The chief U.S. negotiator shrugged his shoulders when asked about signs of trouble in the NAFTA talks on Sunday. John Melle pulled open a door, entered a work room, and offered a one-word reply about how it’s going.

Upon leaving those rooms, people are saying the exact opposite. The No. 1 discussion topic at this current round is whether Melle’s team is being ordered to sabotage the talks, so President Donald Trump can declare NAFTA has failed.

That’s because the U.S. team has unfurled a half-dozen bombshells so far beyond the realm of what’s palatable to the other parties that it’s all but exploded earlier hopes of a quick, easy negotiation.

The other countries are scrutinizing the body language of U.S. negotiators as they present ideas like a sunset clause that could end NAFTA after five years; ask to gut the deal’s enforcement mechanisms; and pursue non-starter ideas on dairy, textiles, automobiles and Buy American rules.

Some of these American negotiators built the very agreement they’re now proposing to strip down. Melle has even praised NAFTA’s successes. One non-U.S. official described the body language of American negotiators as: “Kind of sheepish. They say, ‘We don’t have any flexibility on this.”’

Another used an analogy: “The (U.S.) negotiators are like lawyers who hate their clients.”

Everyone is now watching Donald Trump.

The president has repeatedly stated his desire to invoke NAFTA’s termination clause, allowing him to cancel the deal on six months’ notice, in order to scare other countries into making concessions.

It would fit a tactic Trump has been accused of: Break now, fix later.

Critics have said Trump used this strategy on health care, undocumented young migrants, and the Iran nuclear deal – breaking an existing policy, then ordering others to put together a replacement, in a hurry, before a deadline hits, and chaos ensues.

Could he try it on NAFTA?

A front-page New York Times article on Sunday on Trump’s approach concludes with an analyst comparing Iran and NAFTA.

“So people cannot trust anymore the word of the United States. You see, in order to bring United States on board for many of these international agreements, a lot of people make a lot of concessions. Now nobody is going to make any concessions to the United States because they know that the next U.S. president will come back and say, ‘It wasn’t enough.”’

The Canadian and Mexican governments intend to sit through the storm.

They say there are no plans to walk out, or make aggressive counter-demands, like pushing their own non-starters – such as free trade in softwood lumber. They say they’re better off working patiently.

Officials do profess to being perplexed about Trump’s goal.

Several Canadians said it’s unclear: Is Trump trying to get other countries to leave the table, declare talks have failed, and invoke NAFTA’s six-month termination clause? Or is this just overly dramatic early bargaining – a la, “Art of the Deal”?

But one thing is increasingly clear, they say: hopes are fading for a quick deal by Christmas.

The initial rush for an agreement was prompted by the political calendar, as some worried that if a deal wasn’t completed by the time national election campaigns start in Mexico and the U.S. next year, it won’t happen before 2019.

And that would mean an extra year of uncertainty watching Trump – scrutinizing whether he’s readying to pull the plug on NAFTA.

That lingering uncertainty over NAFTA, coupled with homeowners’ concerns about possible interest hikes, are acting as drags on an otherwise strong economy, the Bank of Canada governor said last weekend.

“These are sources of angst,” Stephen Poloz told reporters.

He said it’s hard to predict the economic impact of a NAFTA termination. He said the bank’s own models rely on research from people like Dan Ciuriak, who assesses the impact of different tariffs on business decision-making.

Ciuriak used to run the computer-modelling unit at Canada’s foreign-affairs ministry. Now a private consultant, he happens to be working on such a study about what would happen under different scenarios _ ranging from the end of NAFTA, to the end of all trade deals with the U.S.

He’s still crunching the numbers, and won’t publish for another couple of weeks.

But his early estimate is that ending free trade would slice 2.5 per cent from the Canadian economy. He says the initial shock might be more severe.

“That’s the ballpark,” said Ciuriak, who will publish his study with the C.D. Howe Institute.

“That actual pathway to that (eventual) figure may be worse.”