Nearly half of Canadians are in a 'psychological recession' 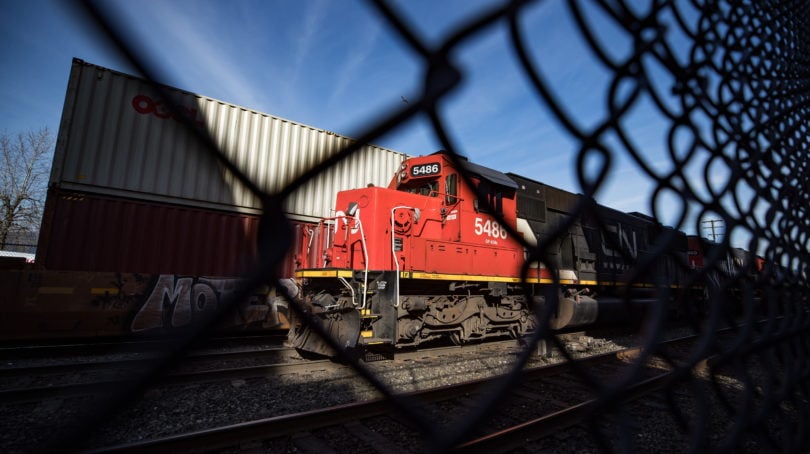 CN Rail locomotives are moved on tracks past cargo containers sitting on idle train cars at port in Vancouver, on Friday, February 21, 2020. Rail blockades across the country have led to an increase in the number of cargo ships waiting to load or unload according to the Port of Vancouver. THE CANADIAN PRESS/Darryl Dyck

Even before Covid-19 fears sparked a global stock market sell off and a series of blockades brought rail shipments in Canada to a halt, nearly half of Canadians believed the country’s economy was already in recession, according to a new economic outlook poll released by Pollara Strategic Insights.

“Canadians have a negative outlook on the economy right now,” says Craig Worden, president of Pollara. “Canadians have been in a psychological recession since the recession hit in 2008, even though it ended in 2009.”

Overall, 47 per cent of Canadians feel the economy is in recession, Pollara found, but that sentiment is far higher in the West. In both Alberta and Saskatchewan nearly three quarter of survey respondents said they believe a recession is underway.

“Canada’s economy is often a seesaw battle of regions and currently the West is seeing red about the economy,” says Worden.

The results actually showed a slight improvement in how Canadians see the economy compared to 2019, when 56 per cent believed the economy was in recession, though this survey was conducted during the first week of January.

Since then anti-pipeline blockades have snarled rail traffic and lead to long commuter delays in cities across the country. Industry groups have warned that if rail shipments continue to be interrupted, manufacturers and exporters may be forced to lay off workers.

READ: Blockades hit blue-collar workers first. So much for sticking it to the powerful.

Meanwhile fears about the spread of the Covid-19 sparked panicked selling by investors worldwide that has so far wiped out US$6-trillion in stock market wealth. While Worden notes that Canadians have not linked coronavirus to the economy, that could change as dire headlines about the virus and the markets reaction impact consumer confidence.

Based on the latest figures, Canada’s economy was still in positive territory as of the fourth quarter of 2019, albeit barely. New data from Statistics Canada released Friday show growth slowed to 0.1 per cent at the end of 2019.

In the Pollara survey Quebec stood out as by far the most optimistic province in the country, with 60 per cent saying the economy is in a period of growth.

For those parts of the country where the mood is more downbeat, the reasons why depends on where they live. For people in Ontario, for instance, concerns centred on the rising cost of living. “A plurality of Canadians are saying they’re falling behind the cost of living,” says Worden. “Very few Canadians feel they’re getting ahead, and that translates into reduced savings. Either you reduce your spending, and that hits the economy, or you take on debt.”

Meanwhile for those in Alberta, the negative outlook was all about jobs. In Alberta and Saskatchewan around 40 per cent of respondents said it is very or somewhat likely that they or a family member will lose their job over the next 12 months.

The Pollara online survey was answered by 1,534 randomly-selected Canadian adults between Jan. 6 and 8 and carries a margin of error of plus or minus 2.5 per cent, 19 times out of 20.