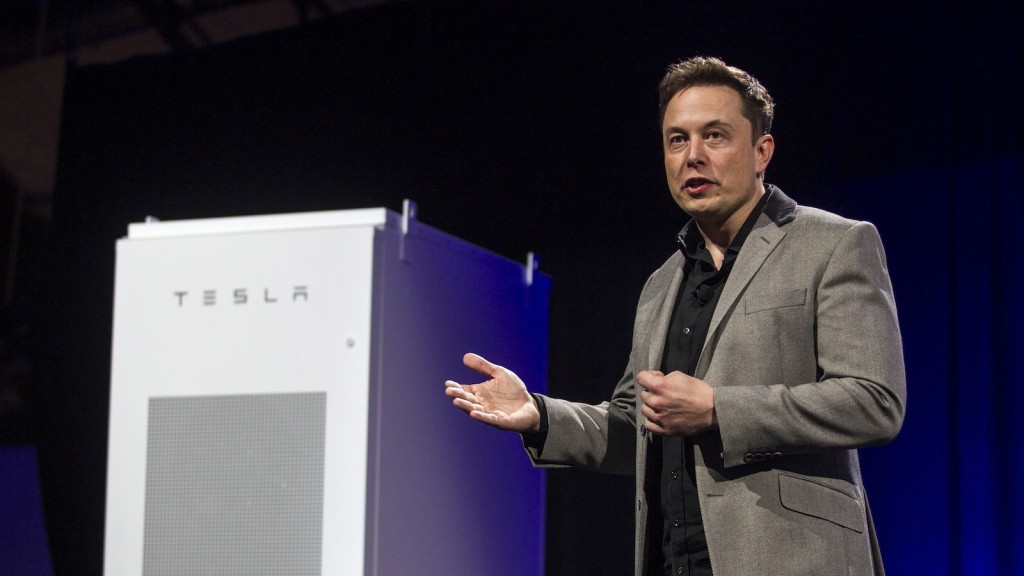 Elon Musk has emerged as one of Silicon Valley’s most impressive entrepreneurs. He co-founded electric carmaker Tesla and launched rocketship builder and launcher SpaceX. But he still has a lot to learn about the art of unveiling products in front of a live audience.

Tesla’s push into a new market category—a US$3,500, 10 kWh rechargeable battery pack that can back up a home’s power during outages and store solar energy for use at night—came late Thursday, around midnight on the U.S. East Coast. In a format that’s now a mainstay for tech firms, and which was arguably perfected by the late Apple co-founder Steve Jobs, Musk stood in front of a giant screen, clicker in hand, and talked casually about Tesla’s latest bid to upset the fossil fuel industry: the Powerwall.

Or at least, he tried to.

Related: Gas stations are on the wane. Can electric vehicles fill the gap?

Though Musk frequently comes across as witty and engaging in interviews, if slightly shy and nerdy, his on-stage presence felt a lot more aloof and self-conscious than normal. He laughed nervously at his own jokes—including a surprisingly dated reference to Dr. Evil from the 1997 Austin Powers movie—and was let down by the presentation itself when the sound cut out briefly after the big reveal.

What Musk lacked in polish, however, he more than made up for with persuasive arguments and blunt assessments. He argued the climate risks posed by fossil fuels are easily remedied by a certain nearby star. “We have this handy fusion reactor in the sky called the sun,” he said dryly. “You don’t have to do anything—it just works. It shows up every day and produces ridiculous amounts of power.” The Tesla Powerwall, he added, was the missing piece of the puzzle, allowing homes equipped with solar panels to easily store energy captured during the day for use at night (a smaller $3,000 7 kWh version is also available).

Musk outlined how the U.S.—even the world—could take itself of the grid completely through a mass adoption solar panels and Tesla-made batteries, bigger and more scalable versions of which will also be sold to large companies and utilities. And, to demonstrate it wasn’t entirely as crazy as it sounds, he said that it would only require producing about two billion battery units. “This is actually within the power of humanity to do,” he said, noting that there are about two billion cars on the roads, with 100 million being replaced annually. “We’ve done things like this before.”

It’s a bold vision that requires consumers to fundamentally rethink their relationship with energy. To get there, Musk is going to need both superior technology and top-notch marketing. And a few more hours of pre-launch rehearsals couldn’t hurt either.