It's time for Ontario to break its auto habit 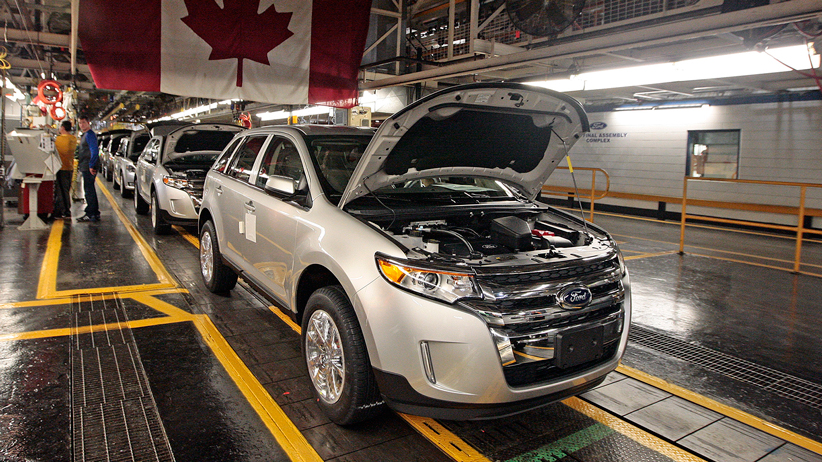 It would be reassuring to say Canadians were shocked, shocked, to learn Ottawa still doesn’t have a complete picture of what was gained, and lost, in the bailout of Chrysler and General Motors five years ago. But after decades of watching the federal and Ontario governments lavish billions in handouts to car companies in return for empty promises, can anyone really say they were surprised?

In case you missed it, here’s just a snippet from the Nov. 25 report by Canada’s auditor general into the rescue effort: “We found it impossible to gain a complete picture of the assistance provided, the difference the assistance made to the viability of the companies, and the amounts recovered and lost.” All told, Ottawa and Ontario doled out $14 billion alongside Washington to keep the automakers afloat. Yet to date, the AG’s office says, the two levels of government have recovered just $5.5 billion of that crisis lifeline.

But this is the auto sector we’re talking about, which means there’s always a fresh crisis that demands action. And action, in automaker parlance, means more government “investment.” So, surprise, surprise, the day before the auditor general’s report was released, the Canadian Automotive Partnership Council, an alliance (one might say an unholy one) of industry, unions and politicians, met with federal Industry Minister James Moore and Ontario Economic Development Minister Brad Duguid with a message and a plan. The message, according to the Globe and Mail: “Canada and Ontario have demonstrated an ability to work together when the stakes are high and the urgency is real [such as the 2009 bailouts]. Today . . . the stakes are high and the urgency is real.” The proposal: an automotive investment board to advise the government on auto policy. I’ll save you the suspense of wondering what the board’s first recommendation would be: Let the taxpayer money flow.

There’s no question Ontario’s auto sector is in crisis. Mexico is eating our lunch when it comes to luring auto-production facilities. So too is the U.S. deep south. In both places wages are far lower than in Windsor, Oshawa or Oakville. Yet the mindset that Ontario cannot survive without the auto industry is so entrenched, and the influence of the industry lobby so great, that governments have, in effect, taken to subsidizing carmakers in a wage race to the bottom. When Ottawa and Queen’s Park gave Ford $142 million as part of an investment that will add 1,000 hourly jobs at its Oakville assembly plant, the deal involved new hires taking a wage cut.

In a recent post on the Worthwhile Canadian Initiative blog, Stephen Gordon, a Université Laval economics professor, crunched the numbers and found governments are paying Ford “to cover the cost of hiring people to work for sub-median wages for almost four years.” Gordon, who also writes at Macleans.ca, argued that Ontario is in the grips of what he calls a “manufacturing trap”—a jab at the concept that Canada’s economy is too reliant on the energy sector and suffers from a “staples (or resource) trap.” “Policy-makers have bet so much on the manufacturing sector for so long that they simply cannot think of anything else to do but to double down.”

The smarter approach would be for Ontario to end the bailout-and-bust cycle of its auto sector altogether. Going cold turkey by completely cutting off government support for automakers might please free-market thinkers, but it’s a political non-starter. As it happens, though, Mike Moffatt, an economist at the Western University’s Ivey Business School, has sketched out what a “controlled exit” might look like. In a post at Macleans.ca earlier this year, he argued that the key is to steer young workers away from assembly-line jobs in the auto sector in the first place, before they become locked into a skill set that will be useless should the plant ever close. His “tongue-in-cheek” solution would see any government handout to the auto sector be matched by an industry promise that none of the money go to hire anyone under the age of 45. Since that’s neither feasible or constitutional, government investments should at least take the form of wage subsidies that only apply to auto workers with at least 15 years of experience.

It would have the same effect of weaning the province off automotive jobs while protecting existing older workers. It would also mean that at some point a generation or so in the future, when an auto exec threatens to steer production to Mexico, politicians will be in a better position to say: “Go ahead.”

Let’s face it. Low-grade assembly-line manufacturing in Ontario is going the way of labour-intensive agriculture. Rather than engage in the equivalent of subsidizing horses and ploughs, Ontario should create the conditions for businesses to thrive and invest in more productive, higher-value manufacturing and services.

Picking winners and losers in industry has always been a failed strategy. Time to face the facts: the auto sector is a loser.