Parity or not, Canadians pay more

But not necessarily because we're being gouged 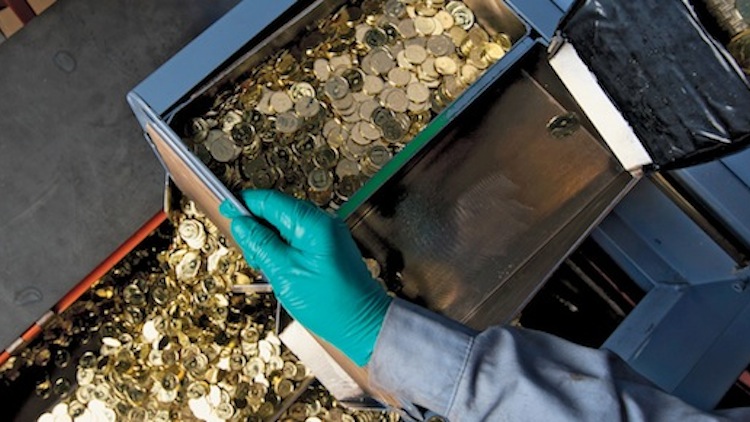 Canadians have a fixation with the value of the loonie—a topic my colleague Jason Kirby recently tackled in his column. When it’s up, we fret about the plight of manufacturers. When its down, we worry that our U.S. vacations are going to cost more. And regardless of which way it moves, we think retailers are using it as an excuse to screw us.

Back in 2011, when the Canadian dollar was approaching parity, there was a flurry of stories demanding to know why retailers weren’t dropping their prices in lockstep with their increased purchasing power. Booksellers, in particular, were singled out because they had the misfortune of peddling products with the U.S. and (significantly higher) Canadian prices printed directly on them.

Now that the loonie is falling again, some like CBC’s Neil MacDonald want to know what happened to all of that “stickiness” that supposedly made it difficult for retailers to adjust prices downward three years ago. As evidence of corporate greed, he cites Air Canada Vacations’ decision to quickly slap a $35 surcharge onto its holiday packages south of the border. It’s a fair question, but the example isn’t terribly compelling. Air Canada is set to post only its second annual profit in six years, suggesting it has a lot to learn about the art of gouging. But you get the idea.

Canadians have long paid more than Americans for a variety of goods and services, and for reasons that have little do with the relative value of the loonie or malevolent shopkeepers. They include the higher cost of operating in a big, sparse, bilingual country, as well as generally high taxes and tariffs. But mostly it’s due to a lack of competition, and the consumer-friendly impulses it creates. Indeed, that’s what a Senate report on the Canadian-U.S. price gap found last year. It shouldn’t have come as a surprise, mind you. The U.S. is the biggest, most competitive consumer market on the planet. Retailers have to be sharp if they want to succeed. In Canada, by contrast, there’s simply not enough upside in a country of 35 million to justify the extra effort. Instead, most big retailers are content to charge what the market will bear— about 10 per cent to 15 per cent more than in the U.S.—and call it a day. It’s among the reasons Canadian companies are criticized for being slower to innovate and boost productivity.

What troubling here isn’t only that Canadian companies charge more than their American counterparts, regardless of what the loonie is worth, it’s that they have so little incentive to improve the way they do business in the first place.