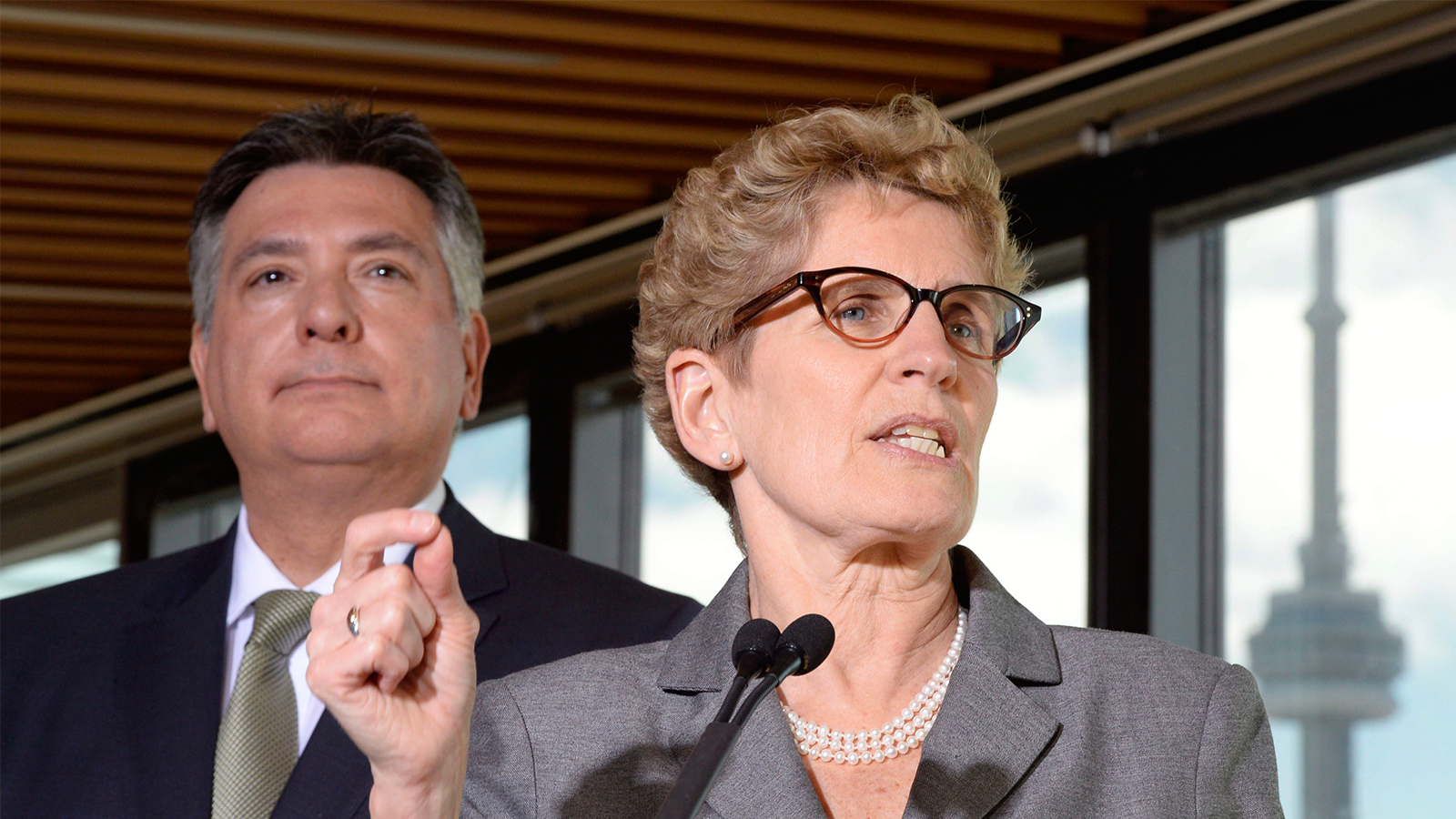 In a state with a long history of baffling direct-democracy campaigns, the “Six Californias” ballot initiative has got to be weirdest. The grandiose brainchild of a billionaire tech investor (isn’t it always?), the proposed constitutional amendment would seek to carve up America’s most populous state into six smaller ones—among them, Jefferson, Central California, West California and Silicon Valley, with a chunk of the state’s US$144-billion debt load to be apportioned to each based on the size of their populations. “California, as it is, is ungovernable,” the venture capitalist Tim Draper said, pitching the idea. Most commentators assumed it was all a big joke. Then the office of California’s secretary of state permitted Draper to start collecting signatures. If organizers get 807,615 names by July 18, the proposal will go to a vote in November.

Let’s skip the part where we pretend the campaign to break up California has a hope of success. It would need approval from Congress, and that’s not going to happen. But if Draper wanted to spark a debate about the state’s finances, it’s already working. The narrative of California as a dysfunctional mess is certain to gather steam in the months ahead.

It’s a debate that Ontarians, and those living in almost every other province, might want to follow. On March 18 the Fraser Institute updated a report it first released last year comparing the government debt loads of Ontario and California. It’s ugly. California may have a dubious reputation as one of America’s chief fiscal basket cases, but next to Ontario, the state looks positively restrained. Ontario’s gross government debt, the amount it owes in the form of government-issued bonds, stood at $267.5 billion at the end of fiscal 2012, nearly double California’s US$144.8-billion burden. Relative to the size of their respective economies, California’s debt was equal to 7.6 per cent of GDP. In Ontario, that figure was 41 per cent.

Perhaps the most disturbing way to look at these debt burdens is as the amount residents in each jurisdiction must shoulder. On a per capita basis, California’s gross debt was $3,844. In Ontario, the per capita debt load was five times that amount.

Now, comparing debt loads between the two countries is always difficult. For one thing Canada and the provinces, unlike U.S. states, use the measure of net debt, which factors in the value of certain government assets. For that reason the study’s authors looked to Ontario’s gross debt outstanding, the amount it owes in government-issued bonds.

The provinces also face much larger health care costs than U.S. states. But that excuse only goes so far. While government spending in Ontario soared over the last decade, driving up the province’s debt, the growth in spending on health care has actually shrunk, down from 12 per cent in 2003-04 to just two per cent, according to the Conference Board of Canada. Instead, a huge swath of Ontario’s debt was piled on chasing job-creation strategies that did little to create any jobs.

Ontario’s Liberals under Premier Kathleen Wynne are doubling down on that strategy. Last November, the government signalled it was prepared to abandon its policy of austerity, such as it was, to pursue further stimulus spending. So when the Ontario Tories released government briefing notes from a year ago showing the government was “not on track” to achieve deficit targets that would see it return to a balanced budget by 2018, few could really be surprised.

Ontario is far from alone in carrying the weight of bloated overspending. Using bonded debt figures for the provinces, and data from the U.S. Census Bureau, the accompanying chart shows the per capita debt burden for the 10 worst provinces and states. You’ll note eight are Canadian. (Saskatchewan and Alberta are well down the list, at 20th and 31st places respectively.) At number 25, California is better placed than every province, save Alberta. 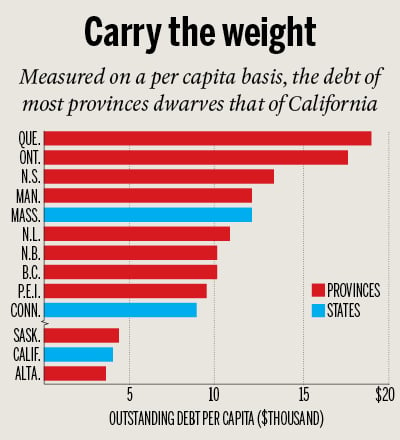 The irony is that California, so often used as an example of fiscal irresponsibility, has made great strides. Tax hikes and deep spending cuts, with help from an improving economy, have turned deficits into a forecast for multi-billion surpluses, money that Gov. Jerry Brown says would go to tackle California’s “mountain of long-term liabilities.” A lesson in prudence from an unlikely teacher.