Our addiction to housing debt in 11 charts

Is there a Canadian housing bubble? Judge for yourself. 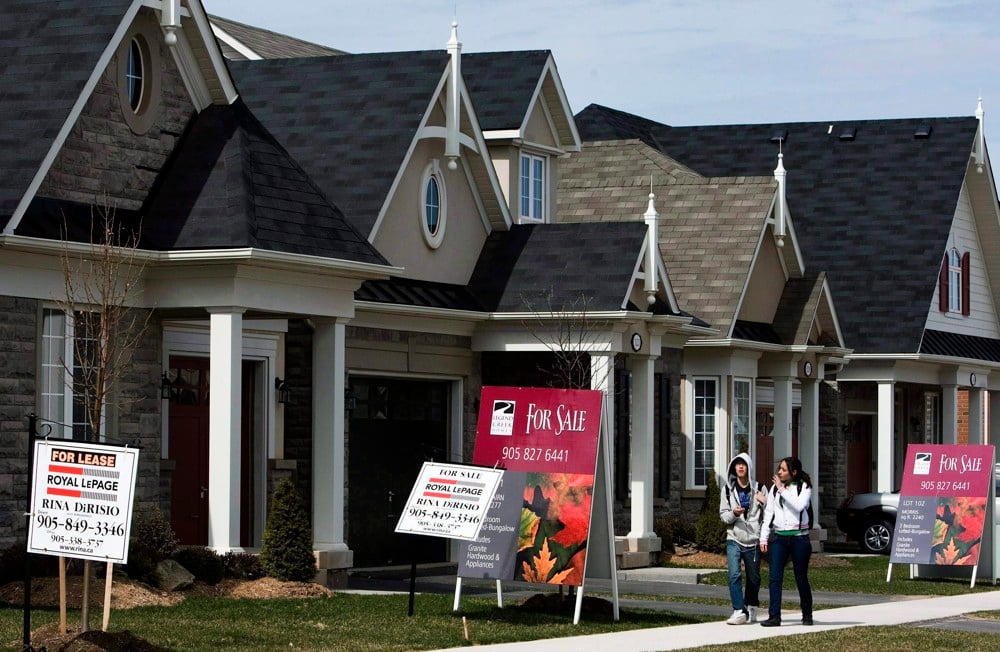 The state of Canadian housing market is an endless source of debate. Maclean’s has engaged in its fair share of speculation about whether a housing bubble exists and, if so, when it might pop.

But while pundits might not be able to predict a housing bubble, it’s impossible to ignore that housing has become an important share of the Canadian economy in recent years. Homeowners are spending more of their hard-earned money on their homes — from mortgage payments, to home renovations. Housing has also become an increasingly important source of bank profits and financial institutions have been finding novel new ways to make sure those mortgage loans keep flowing.

Here are 11 charts that show just how addicted we’ve become to housing debt:

Household net worth has been on the rise thanks in large part to rising home values. Home equity has doubled in the past decade, but it has risen far more slowly : 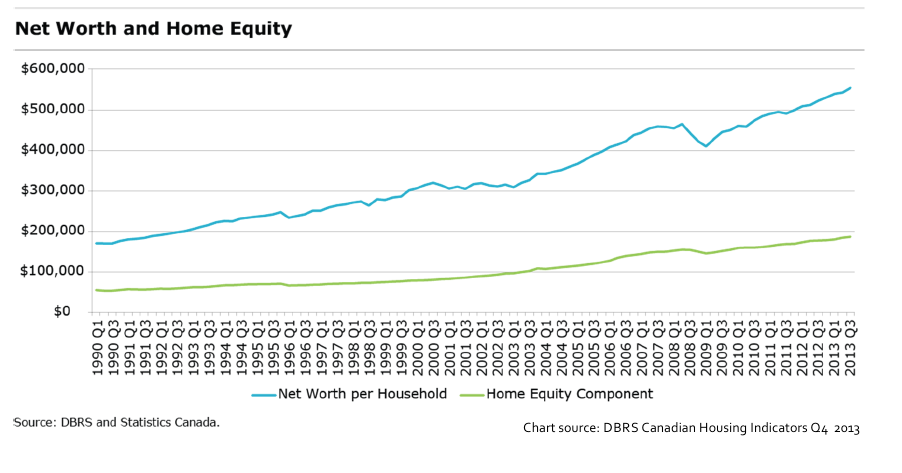 Household debt has risen much faster than personal disposable income (PDI), a measure of after-tax income. Household debt is up nearly 400 per cent since 1990, while income is up 153 per cent: 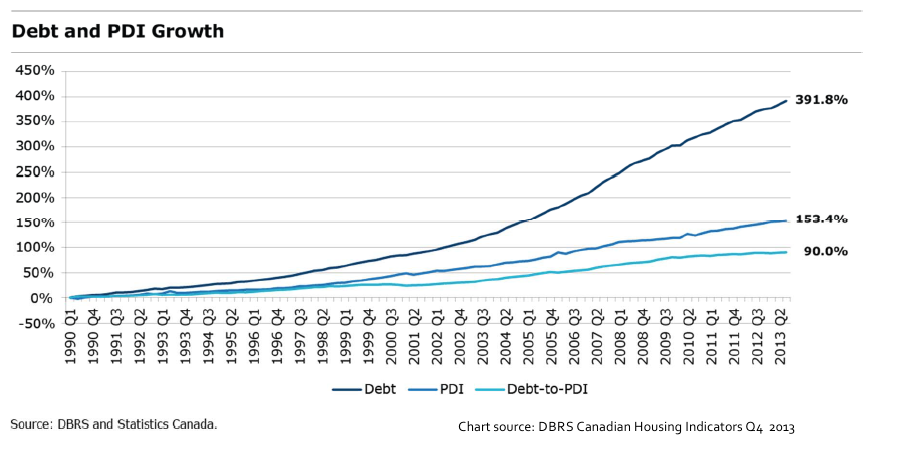 But thanks to historically low interest rates we’re spending less than ever on debt payments. Last year, the household debt-service ratio fell to the lowest ever recorded:

Whatever we’ve saved in interest, however, we’re spending on home renovations: 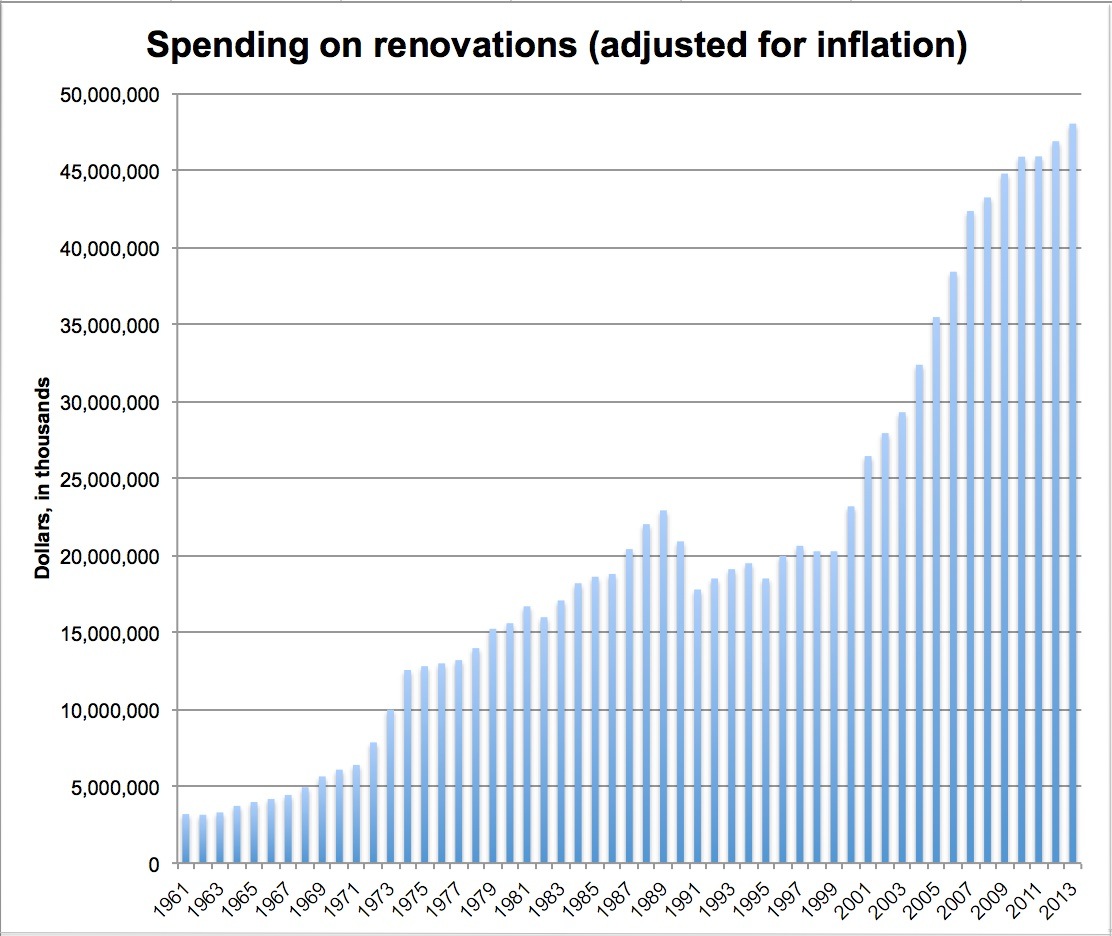 Overall, owning a home is getting less affordable for many Canadians. Homeowners whose mortgages are insured now spend roughly 45 per cent of their pre-tax income on housing-related costs like mortgage payments, property taxes and heating. That would rise to 52 per cent if interest rates rose just two percentage points:

House prices have still been rising faster than mortgage debt, but that gap is narrowing:

Now onto the banks. They are more reliant on mortgages and home loans than ever before: 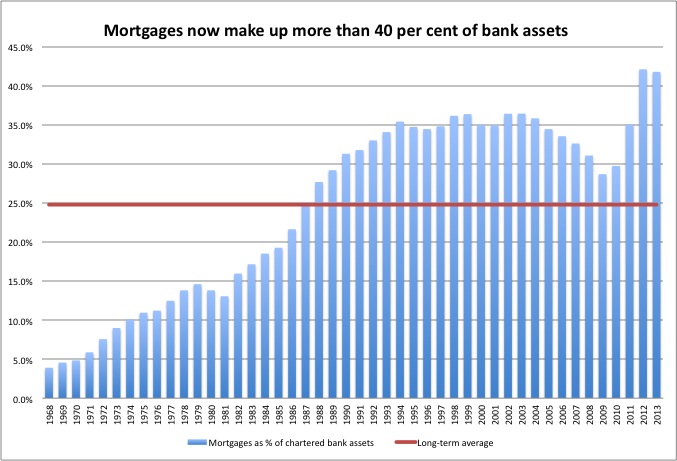 Mortgage-backed securities, where financial institutions pool mortgages and then sell them to investors, have been around for decades in Canada. But only recently have they become a major source of funding for the banks: 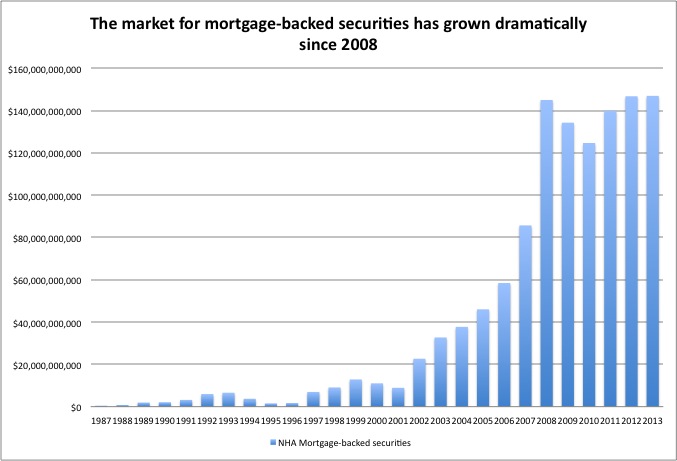 Historically, most mortgages in Canada were funded through bank deposits. In 1995, just five per cent of all mortgages were securitized. By 2006 the figure was around 16 per cent. It’s grown to more than a third of mortgages today: 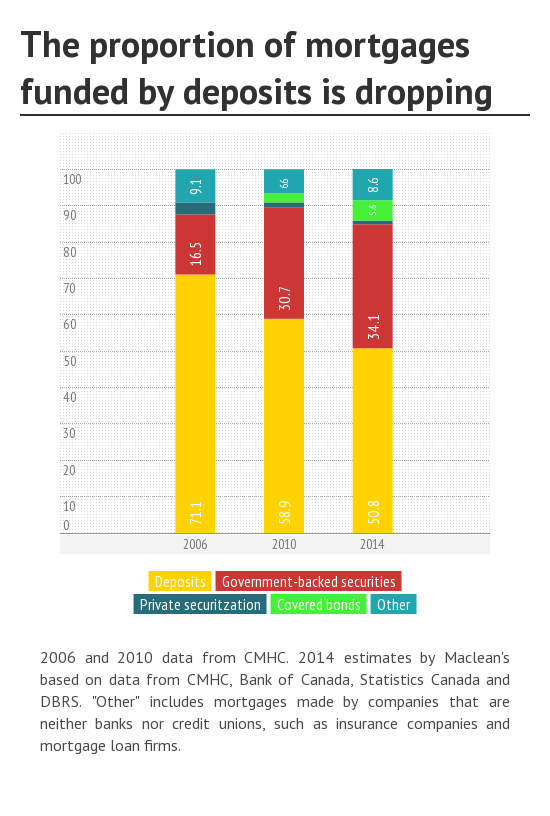 More than half of all mortgages are guaranteed by the Canada Mortgage and Housing Corporation (CMHC), meaning the government has promised to pay banks and investors if homeowners default: 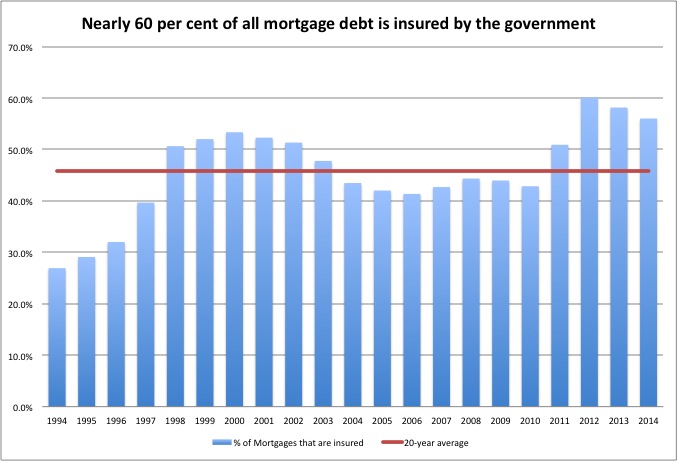 Securitized mortgages (listed below as “NHA MBS” and shown in yellow) have become an increasingly important part of Canada’s shadow banking sector, which itself has been growing. Shadow banking refers to activities outside of the financial sector’s traditional role of taking deposits and making loans: 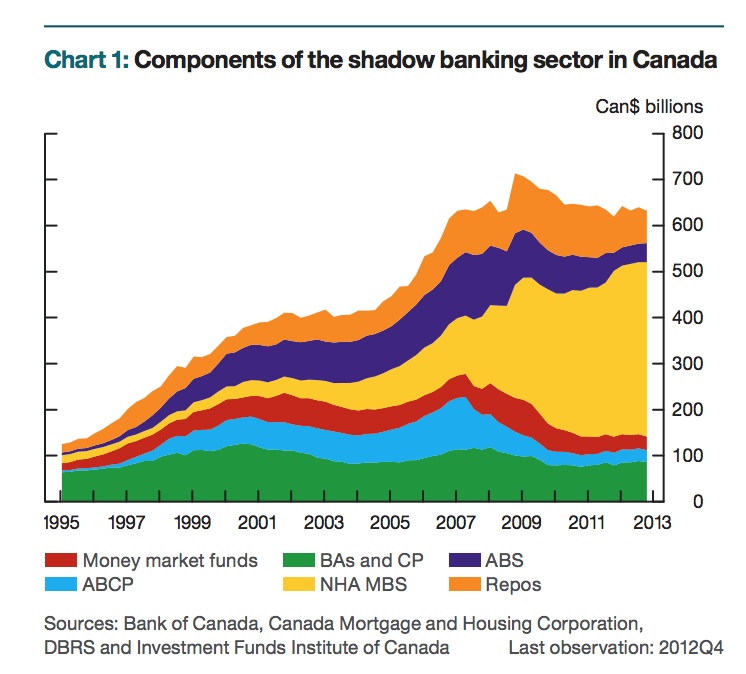