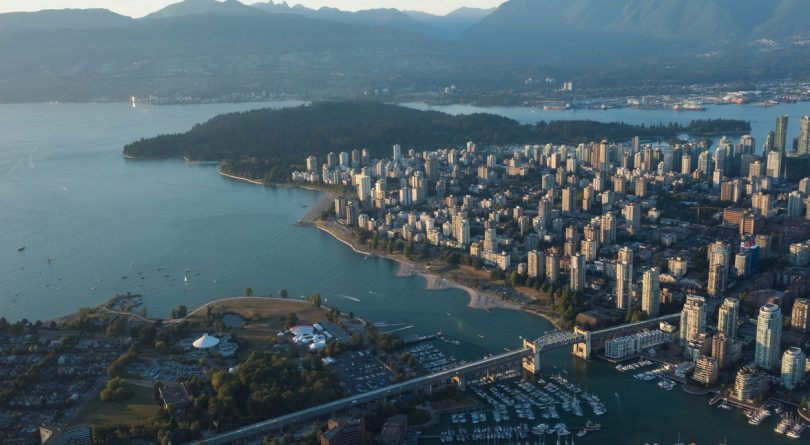 Mark Milke is author of Tax Me I’m Canadian: A Taxpayers’ Guide to Your Money and How Politicians Spend It.

If Canadians want a case study on how governments make a problem worse, cast an eye at British Columbia and housing. The provincial government, both under the previous Liberals and now the NDP, have continually kept or enacted policy, such as rent control and now a speculation tax, that exacerbates a tight rental market and high real estate prices.

Supply problems and slum promotion: The problem of rent control

British Columbia has long had rent control. That policy always discourages the construction of rental units as it limits the return on investment, which, in turn, squeezes supply, even condominiums bought by potential individual landlords. Such controls also produce slums as landlords have little incentive to fix up or improve units beyond the bare legal minimum. This ultimately harms renters by producing artificial shortages and a degraded housing stock.

In addition to that problem, while rent control acts to limit price increases on the upside, it also has an anti-market effect that prevents prices from falling dramatically on the downside.  Consider Alberta, where rental prices have come down since the 2014 oil price crash, and relative bargains can be had. The price drops would be more modest if rental prices had been controlled.

Consider that this position—rent control is negative—is taken even by economists who would not categorize themselves as “free market” but warn about its horrific effects on the housing market. Nobel Prize winner Gunnar Myrdal, active and instrumental in left-wing political parties in Sweden in the twentieth century, often pointed out rent control was counter-productive policy. Another left-wing Swedish economist Assar Lindbeck concurred. Lindbeck once famously said, “In many cases rent control appears to be the most efficient technique presently known to destroy a city—except for bombing it.”

From bombed-out rent control to the speculation tax

Rent control is bad enough on its own. Now British Columbia plans to add to the collateral housing damage with its new “speculation tax”, announced in the recent provincial budget. As of 2019, the new tax will amount to a two-per-cent property tax on secondary homes. The aim is to tax speculation and also homes that might sit empty for part of the year— e.g., a summer vacation home —to try and force them into the rental market.

READ: Real estate sales are cratering around the GTA. Is this a crash in the making?

Here is problem number one: Imagine a retired couple where the carpenter-grandfather built a cottage years ago and where the entire family visits every summer. Maybe the couple rent out the home for part of the year to garner some retirement income. Assume the cottage and property is worth $300,000. That two-per-cent tax means in addition to property tax—perhaps $2,000 already, another $6,000 in tax will be applied courtesy of the B.C. government’s new speculation tax. Effectively, the province just quadrupled the existing property tax bill to $8,000.

B.C. Finance Minister Carole James recently promised the new tax will not apply to British Columbians who own such vacation homes. On the contrary, so far it is clear they too will be caught in this new tax net, at least initially. The interpretation bulletin from the B.C. Ministry of Finance notes B.C. owners will first be forced to pay the tax and then, if their property qualifies, receive a refund from the provincial portion of their income taxes paid—a year later. “A non-refundable income tax credit will help offset the tax for B.C. residents” if how the Ministry of Finance bulletin reads.

Now, problem number two: Note the “offset” language. That implies something less than a full refund, never mind waiting for a year after paying the extra $6,000 property speculation tax. And problem three: What if an elderly couple on a limited income pay little or no provincial income tax? They are out of luck because there is nothing paid in provincial income tax to offset the provincial speculation property tax.

Even if B.C. tries to re-jig the initial proposal to not tax-nail British Columbians—evidence by the way, of tax policy made up in the NDP’s ideological kitchen and not processed through sensible economists—other Canadians (and foreigners) will be hit by the new quadruple-your-property-tax tax.  And here’s where the new speculation tax is as dumb as the proverbial post.

How B.C. will kill off lower-priced rental construction

The Ministry of Finance notes that “qualifying long-term rentals” will be exempt from the new quadrupled property tax but that leaves a lot of ambiguity.

For one thing, if BC residents will see the speculation tax only partly “offset” from BC income tax paid, it seems highly unlikely other Canadians and foreigners will get anything like a full exemption from the tax. Or even a partial one if their property fails to qualify as a “long-term rental”.

That’s counter-productive:  A non-British Columbian may care to vacation in their unit in the summer and rent it out to students for other parts of the year. That adds to the rental pool for a demographic that needs cheaper housing. But it is not clear yet that such partial summer vacation rentals will qualify. At this point, given the ideological proclivities of the BC NDP, I’d bet they won’t.

So, if condominium owners live out of province or out of country, it means at worst, they will pay the full “speculation” tax given there is no BC income tax to be refunded. On a $300,000 property, they’re stuck with $6,000 in extra tax.  And that’s on the $300,000 low-price condominium example. Double or triple the condominium value and the extra tax bill will be $12,000 and $18,000 every year in addition to normal property tax.

Ironically, by making it more difficult to own property in British Columbia and rent it out part time, the British Columbia government is creating a problem for everyone except the very rich (who can afford an extra $6,000, $12,000 or $18,000 every year). The B.C. government may find the only people who will risk being caught in the combined thicket of B.C.’s rent control laws and new speculation tax net are the wealthy. After all, it is they who can endure the B.C. government’s class warfare-inspired speculation tax, not Canadians of more modest means.

If that scenario unfolds, then the luxury condominium market may do just fine in British Columbia in coming years. But the market for lower and middle-income rental properties bought by out-of-province investors will collapse given the uncertainty and the existing restrictions on making a return. It’s as if their investment money was illicit Russian or Chinese mob cash.

So congratulations Premier John Horgan and Finance Minister James: Your new tax will kill affordable rental construction that otherwise would occur (from out-of-province buyers ponying up and adding to the province’s modestly-priced rental stock. That means only the rich will be able to own property in British Columbia.