Best communities in Canada: Why Atlantic Canada comes out on top 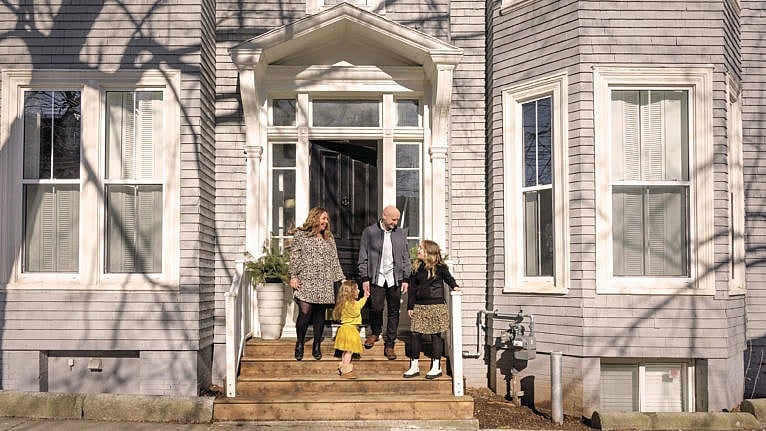 Melissa Mahoney and her family stand in front of their home in Halifax, Nova Scotia. (Photograph by Carolina Andrade)

After 15 years of living in downtown Toronto, Melissa Mahoney was sick of the commuting grind. Every weekday, the 41-year-old teacher got up at 5:45 a.m. and left her townhouse in the city’s Regent Park neighbourhood. She’d spend an hour commuting to her job in Whitby, Ont., after dropping one of her daughters off while her husband handled the other. Then, on the way home, she’d pick up both kids and her husband with the household’s single car.

Before the pandemic, that grind was worth it. On evenings and weekends, Mahoney and her family had easy access to the city’s festivals, restaurants and concerts. But with all that cancelled, a long-planned move back to her hometown of Halifax looked more appealing than ever.

In June, Mahoney and her husband, Greg Corcoran, sold their townhouse and moved into the 5,000-sq.-foot home in downtown Halifax they had purchased the year before and rented out. Mahoney had taken a new job working remotely for the education software company D2L, while Corcoran continued to work from home as a communications manager for Scotiabank. With more space, less gridlock and fewer COVID-19 cases in the region, Mahoney felt like she had room to breathe.

“My mantra in the past was, ‘Go go go, have to be here, have to be there.’ It is so completely the opposite now,” Mahoney says. “Everything is just easier. You can do five things in a day. Nothing is more than 20 minutes away.”

Canadians across the country have been making similar moves to Atlantic Canada, and our post-pandemic, remote-work edition of the Maclean’s Best Communities in Canada ranking helps explain why. Assuming remote work is here to stay, we ranked the same 415 communities across the country as we did the previous year, but with an eye toward great living for people who don’t have to worry about finding a job within commuting distance. Once we eliminated unemployment rates and incomes—categories where Atlantic Canada has historically lagged other parts of the country—the region’s cities rose to the top.

Halifax took the No. 1 spot, thanks to its affordable housing prices that come with all the benefits of city living: excellent health care, top-notch internet access and a wide variety of bars and restaurants. Three other major urban centres in the region made the top 10, with Fredericton taking second place, fellow New Brunswick city Moncton coming in seventh and Charlottetown clocking in at No. 10. Atlantic Canada’s famous friendliness and community spirit helped these cities score well in the community engagement category, with Charlottetown doing particularly well. 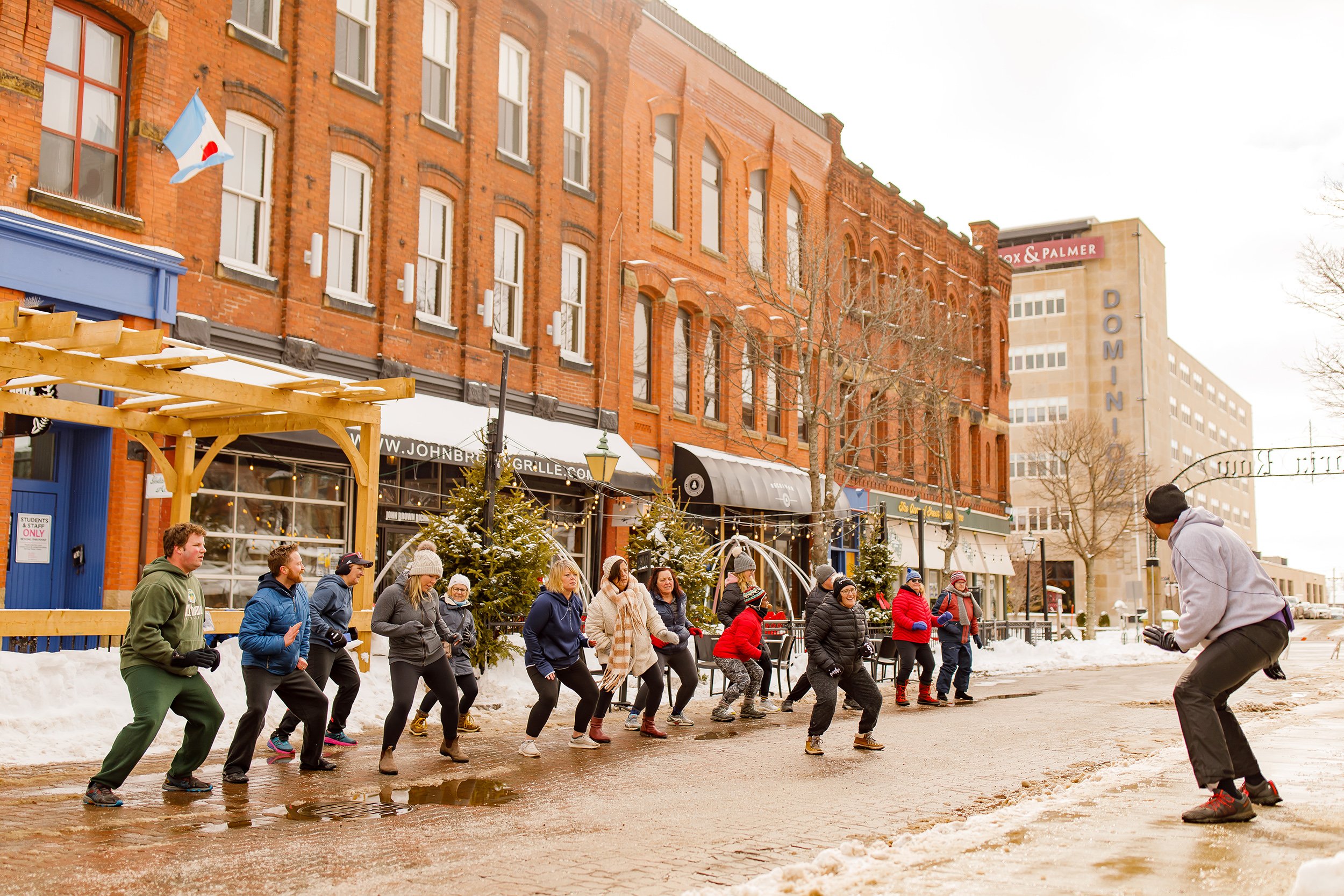 Charlottetown residents take part in a free outdoor fitness class; the city scored well in the community engagement category of our ranking (Courtesy of DiscoverCharlottetown.com)

All four cities made massive gains compared to the previous year’s ranking, which was designed with in-person workers in mind. Halifax came in 131st out of 415 in that ranking, with Charlottetown, Fredericton and Moncton placing in the bottom half at 233rd, 244th and 312th, respectively. That’s because, before COVID-19 and the rise of remote work, Atlantic Canada’s affordable real estate was fun to look at online, but it was impractical to take the leap, given the challenges of trying to find a job in the region. Add the fact that the Maritimes has enjoyed significantly lower infection rates than the rest of the country, as well as the freedom to travel within the “Atlantic bubble” over the summer, and it’s easy to see why people from other parts of Canada are making the move.

All signs suggest the East Coast’s gain is coming at the expense of Central Canada’s major urban centres. Statistics Canada data on population movement shows that from July 1, 2019 to July 1, 2020, Toronto and Montreal posted record population losses, while Halifax grew the second-fastest of any major urban area, and Moncton also grew faster than average. Housing prices have soared as people across Canada buy property in the Maritimes sight unseen through virtual tours, with Fredericton’s U-Haul dealer struggling to keep up with all the people renting moving trucks in Ontario and Quebec and trying to drop them off at its lot.

READ: One Canada, two internets – Inside the country’s disparity

Wendy Luther, chief executive of the economic development organization Halifax Partnership, has big goals for capitalizing on the new-found interest. Job gains in white-collar, remote-work-friendly sectors have more than made up for positions lost due to the pandemic, she says, putting the city in a position to become “the most desirable city on the eastern seaboard” once those sectors rebound as well.

“It’s just an incredible opportunity for families to live in an urban or rural lifestyle as it pleases them,” Luther says. “If you’re told by your employer you can work from anywhere, why not here?”

The question of where to live when you can work from anywhere is exactly what Maclean’s set out to answer with its post-pandemic version of our Best Communities ranking. Using data provided by Environics Analytics and the Canadian Internet Registration Authority (CIRA), as well as publicly available figures from a variety of sources, we weighted a range of categories based on how important we think each would be to the average person and ranked each municipality accordingly.

This version of our ranking, like past ones, considers housing affordability, population growth, taxes, crime, weather, access to health care, amenities and community engagement. Our post-pandemic version, however, eliminates incomes and unemployment rates (since remote workers don’t need to look for a local job); distance to post-secondary institutions (since remote education was expanded and refined during the pandemic); and commuting methods. Because it’s impossible to work from home without a reliable internet connection, we also added a new category rating broadband performance based on data from CIRA that has never before been released to the public.

In the original version of the ranking, suburbs of Toronto and Vancouver performed very well because the job opportunities afforded by proximity to the big city were worth the high housing prices—a calculus that does not apply to people who can work anywhere. However, the remote-worker version of the ranking recognizes that, even in a pandemic, there are lots of other benefits to urban living.

We’re more aware than ever of the importance of living close to a good hospital, for example, and having takeout options from nearby restaurants—a major perk even if you can’t sit down to eat there. That’s why Atlantic Canada’s cities performed well, while its rural areas continued to be overrepresented in the bottom half.

Ian McAllister, an economist at Dalhousie University, says the region’s new-found economic success won’t be felt outside its urban centres without a plan. He believes Atlantic Canada’s traditional resource-based economic foundations, such as the fishing industry, will continue to play an important role in the region’s post-pandemic recovery. But the small towns where people in those sectors work won’t share the benefits of the remote-work boom without a coordinated government effort.

Poor government planning is at least partly to blame for many of the Maritimes’s historical economic woes. In 1992, after decades of ignoring warnings from scientists about dangerously low levels of northern cod stocks, Ottawa banned fishing the species along the East Coast, triggering the largest layoff in Canadian history.

McAllister says elected officials have an opportunity to do better this time, with a little foresight. “Do they want to become dominated by a very few large towns and cities, or do they want a more balanced kind of growth?” he says. “That question has not been asked nearly seriously enough.”

The boom in new residents and property prices hasn’t been good news for everyone in the region’s growing cities, either. Nova Scotia introduced rent control and a ban on evictions for the purpose of renovating in November in a bid to address a growing affordability crisis. With the city’s unemployment rate at 13.1 per cent as of December, many long-time residents can no longer afford to live in the city as the influx of new, well-off residents pushes rents higher and higher.

Rodney Small, executive director of One North End (O.N.E.) Community Economic Development Society, has been watching this unfold first-hand. The pandemic has accelerated gentrification in Halifax’s North End neighbourhood, he says, where the Black population has dropped from 30 per cent to 15 per cent from 2006 to 2016, as rents have increased and businesses have increasingly catered to a wealthy, white clientele. 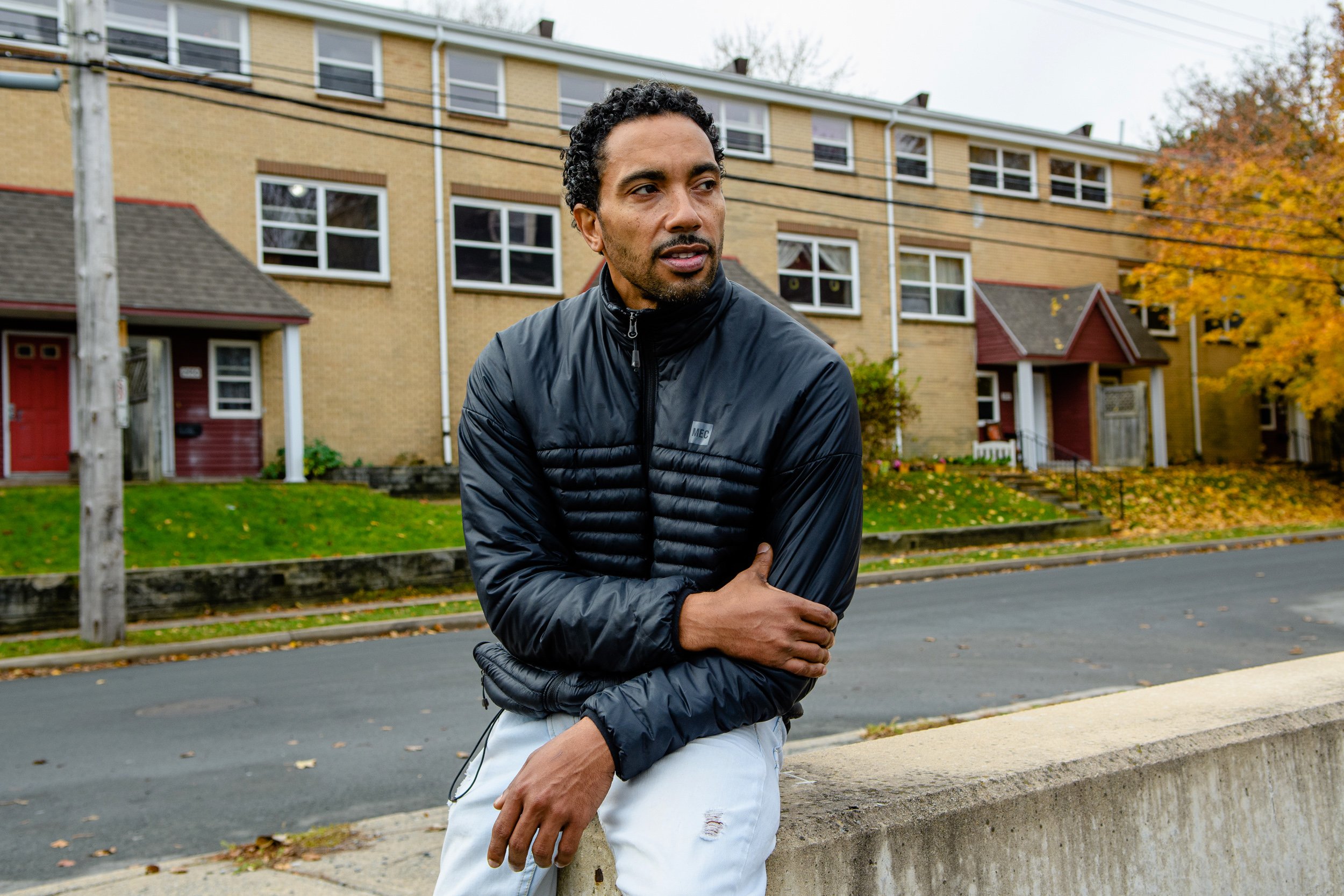 Small says the familiar cycle of a Black Nova Scotian community being deliberately impoverished and devalued, only for white investors to swoop in and make a profit by displacing Black residents, is playing out in Halifax’s North End. He remembers picking up a copy of WestJet’s on-board magazine on a flight in 2018 and being floored by a breathless description of the neighbourhood’s hip new cafés and boutiques—this after years of seeing the neighbourhood he grew up in described as crime-ridden and undesirable in media reports.

Small says he supports legislation requiring developers to implement agreements with local communities to ensure new builds will benefit existing residents. Luther, the CEO of Halifax Partnership, says she’s keenly aware the city can’t keep welcoming new residents at this pace without addressing the pressure they’re putting on the people who already live there: “If housing is a funnel and you put 10,000 people a year in the top, but you don’t materially increase your housing stock enough to keep up, then people will be pushed out the bottom into homelessness.”

So, while a sudden influx of wealth and new residents is a problem any mayor would be thrilled to have, planning for it is a problem nonetheless. The region may be home to the best communities for remote workers, but people who don’t work remotely—and don’t have hundreds of thousands of dollars in equity built up from owning property in Toronto or Vancouver—deserve to live in great communities, too. As people like Mahoney buy and renovate homes, planning will be necessary to ensure people like Small, their new neighbours, don’t experience growth and prosperity as a change for the worse.

Still, while there are challenges that come along with the opportunities, the region is enjoying its shift in fortune. Luther says some are having trouble believing it: “It is taking some time for our citizens, our government colleagues and others to realize this growth is real.”

At a time when the world has lost so much, no one’s begrudging a long-time underdog a bit of well-deserved success.