Canada's mortgage market might be a cesspool, the federal government just warned 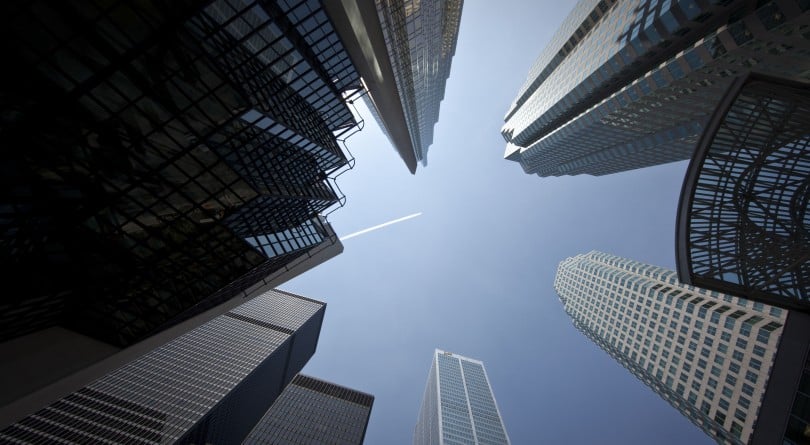 A new federal report warns there are problems in the way the banks are incentivizing the sale of mortgages. (Photo by David Cooper/Toronto Star via Getty Images)

Bank executives are all of a sudden very vocal about foreign buyers. Strange timing, since a branch of the Government of Canada quietly dropped a report expressing concerns regarding the Big Six last week.The Financial Consumer Agency of Canada (FCAC), the division in charge of protecting consumers from predatory conduct, released a 26 page report on domestic bank practices. The organization found that retail banking culture encourages employees to sell products, with little regard for the consumer. Even worse, they found that banks don’t have adequate measures in place to “monitor, identify and mitigate these risks.” It’s kind of a big deal, especially when you dig through the mortgage sections.

First off, the FCAC is not addressing any alleged breaches of market conduct. If there were any, they have to be proven by a separate “track” of the FCAC, and they’ll enforce if required. The findings in the report represent observations, that provide an opportunity to present a problem. The FCAC wants to ensure you don’t think any specific banks are guilty of anything, although they never mention any banks by name… so you couldn’t identify them if you wanted to. You know, they’re just laying down a standard innocent until proven guilty intro. The kind you would hear before any Dick Wolf legal drama. Dun Dun.

READ: In Vancouver real estate, a shack costs $7 million. Here’s what you could buy elsewhere.

Market controls are insufficient at the Big Six

The report concludes that the Big Six banks are focusing on selling products, and incentivising employees to do so. The result is bank branches are now “stores,” dedicated to prioritizing sales over consumer interests. A sophisticated system has developed to reward employees for these sales, both financially and non-financially, potentially at the expense of the consumer. FCAC is also worried that the banking controls haven’t kept up with the change in the retail banking model, making them “insufficient” and prone to “mis-selling.”

For those that need a bureaucrat-to-English translation, they’re basically saying the incentive to sell was greater than protecting consumers. While this is mildly annoying when it’s a credit card, or over priced chequing account, it has the potential to do some serious damage when it happens in what the FCAC calls “higher risk sales channels, practices and products.” Things like mortgages fall into this category, and make up a good chunk of the report. In particular, mobile mortgage specialists.

Have you noticed an explosion in commercials, where the bank offers to send a mortgage specialist to pretty much anywhere you want to meet? These are called Mobile Mortgage Specialists (MMS), and according to FCAC, some banks “sell upwards of 90 percent of their mortgages through this channel.” Regulators found that all of the Big Six offer this service, and all use a 100-percent variable pay model.

A 100-percent variable pay model means the mortgage specialist only makes an income if you borrow from them. For example, if the commission offered was 85 basis points, closing a million dollar mortgage lands a commission of $8,500. Some banks also up the commission if you sell past your target. You make no money if you don’t close a mortgage. You make mad cash for closing the largest mortgages you can, as quickly as possible. What could go wrong?

READ: Real estate sales are cratering around the GTA. Is this a crash in the making?

A lot. FCAC believes the current mobile mortgage model discourages these specialists from making “reasonable efforts” to assess consumer needs and financial goals. Selling products with higher commissions, larger mortgages than needed, or pushing to buy sooner “rather than encouraging a larger down payment” are all problems noted with the model. Specialists are motivated and incentivized to sell mortgages that yield higher commissions. You’re probably thinking, good thing banks have supervisors, right?

Turns out when mortgage specialists are meeting you at Starbucks or the Brass Rail, it’s difficult to supervise their conduct. According to the FCAC, “they [MMS] are expected to spend their time in the community developing business relationships with real estate agents, developers and others from whom they can earn mortgage referrals. This limits opportunities for direct supervision, observation of sales practices and coaching by managers.”

Let’s gloss over the fact that banks expect mortgage specialists to chill with other people who are also incentivised by maximizing consumer debt loads. Instead, let’s focus on the little opportunity for supervisors to monitor practices. The only way they would know anything was wrong is by consumer complaints, and default rates. Few people complain when they’re making money, so both are scarce while prices are rising. Default rates are always low during an up cycle as well, even when the buyer can no longer afford the home. These types of specialists haven’t been around long enough to witness a market down cycle.

Investigating poor conduct is also tricky, since these specialists are in high demand between the Big Six. FCAC notes, “The competitive market for the services of high-performing MMS can make it more difficult for banks to enforce codes of conduct and take disciplinary action.”

Did that just sound like they pick up and leave when a bank looks into them? Maybe we just misunderstood that statement, let’s dive deeper. According to the FCAC, “during the review, FCAC learned there have been cases of MMS leaving their employer before the bank could complete its investigation or take disciplinary action.” I guess we understood fine. Sounds like there have been investigations that end, just because the employee goes to work on the other side of Bay Street.

Canadian banks might be ticking all of the boxes, and vetting clients and offering the perfect product at the right time. They might be ensuring that consumer needs, and best interests are adequately taken care of. Or they might not. As the FCAC has pointed out, the current model, has inadequate measures to even monitor the issue. Claiming that all of these deals are adequately vetted is a guess at best.

Sorry to interrupt the narrative being crafted by bank executives right now. Let’s go back to them, and hear what they were saying. The correction is over, and foreign buyers are the biggest problem? We’re not talking about mobile mortgage specialists? Cool story, bros.