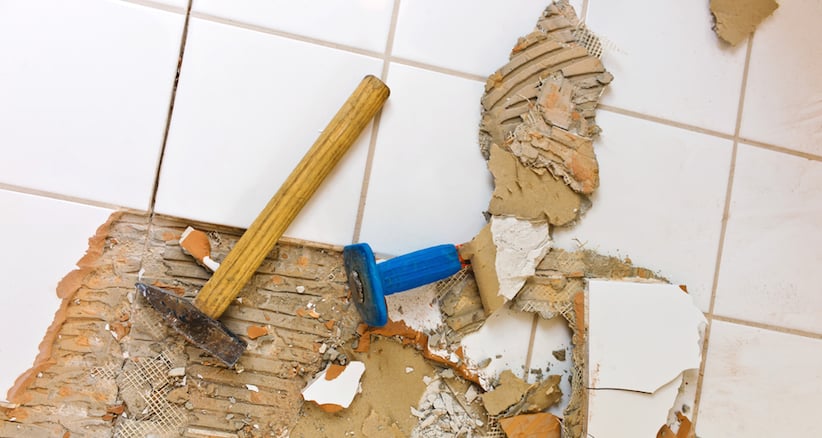 Canada’s love affair with home renovations has been well documented by this magazine and others. And there’s little evidence the HGTV-influenced rush to redo kitchens and bathrooms will slow any time soon. Canadians spent $13.9 billion on renovations and improvements in the third quarter, up 8.9 per cent from the same period a year earlier, according to a recent release from Statistics Canada.

But among the handful of provinces to buck the trend was fast-growing Alberta, where renovation spending declined to $1.18 billion from $1.27 billion during the same three-month period in 2013. 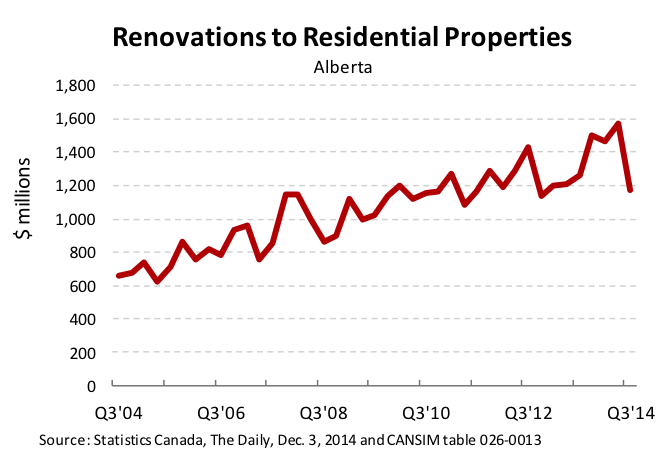 Todd Hirsch, the chief economist at ATB Financial, speculated that some homeowners may have opted to move up to bigger houses instead of claiming more living space by finishing their basements and attics. “Construction on new residential properties set close-to-record highs over the summer,” Hirsch wrote in a note to clients. “Instead of hiring contractors to rip out walls and flooring—or even trying to do it themselves—it seems some Albertans may have opted simply to move into something new.”

There could be other explanations, too. For one thing, the province was expected to see a bump in renovation spending in 2013 following the devastating floods that submerged parts of Calgary and other communities in southern Alberta. It’s possible some of that activity has since tapered off and is being reflected in the numbers.

It’s also worth noting the price of oil, as measured against the West Texas Intermediate benchmark, was hovering above US$100 a barrel back in mid-2013. By the third quarter of this year, it had already begun its slide. With a quarter of the Alberta economy dependent on the oil and gas industry, it’s hardly a stretch to imagine homeowners holding off on major projects if they feared the price of oil was about to tank—as some warned as far back as last March.

Perhaps Albertans saw the writing on the wall and decided, wisely, to leave the ones in their houses untouched—at least for the time being.