Canadian real estate sales just fell the most since 2008. Here's why.

Canadian real estate sales just fell off a cliff. Canadian Real Estate Association (CREA) numbers show a decline of buyers in January. The decline is one of the largest in Canadian history. Some agents claim this is temporary, but it’s in line with the estimated declines we posted earlier.

Canadian real estate sales made large declines. CREA reported 39,609 sales when seasonally adjusted for January. This a 13.8 per cent decline from December, and represents a 6.2 per cent decline compared to last year. Unadjusted, that number was just 24,931 sales. It’s normal for a monthly decline in January, but the size should be of concern. CREA noted this is the first time since 2015, that sales have fallen below the 10 year, monthly average. 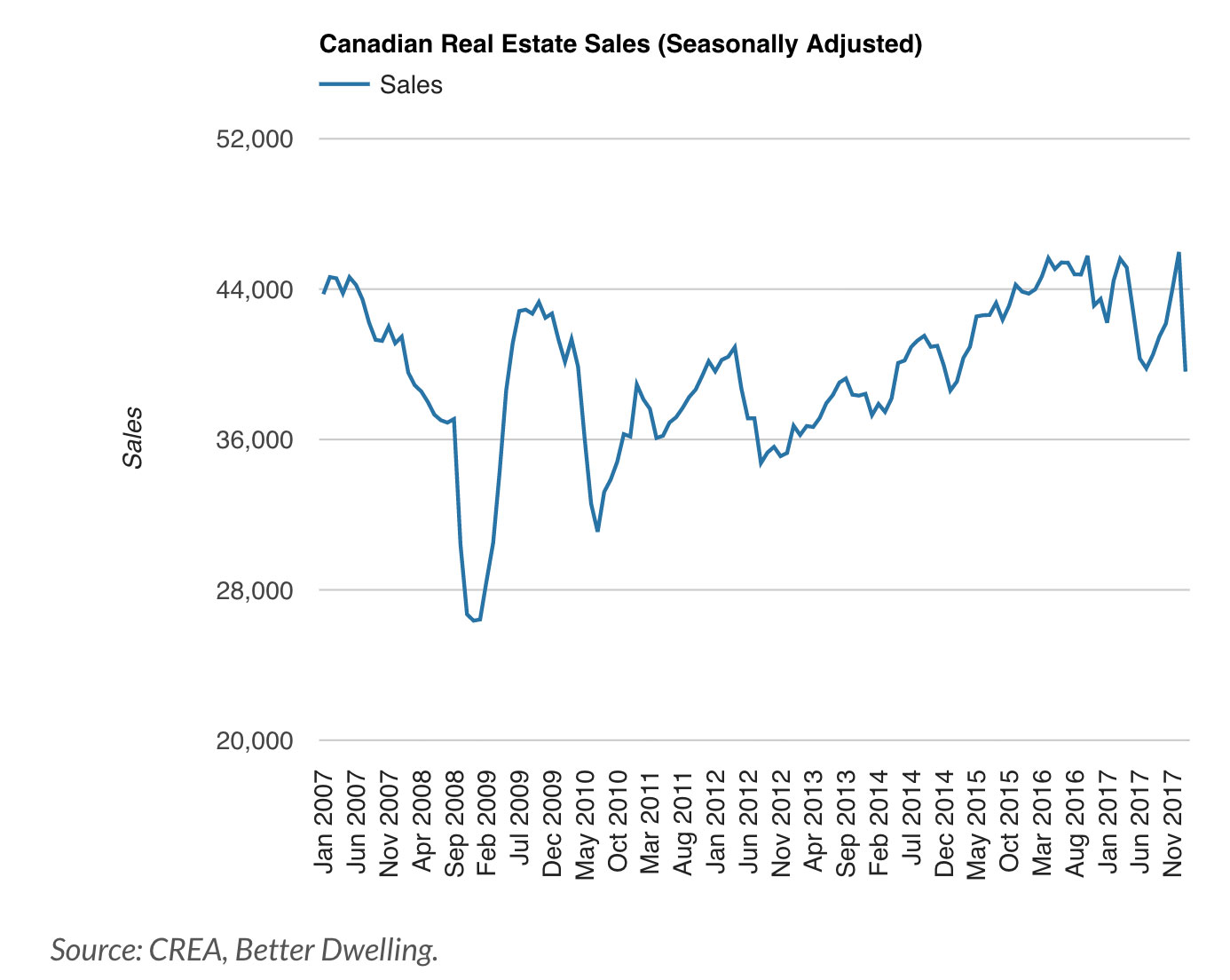 January’s monthly decline is one of the largest in the history of Canadian real estate. The decline of 13.8 per cent works out to 6,367 less sales than the month before. A decline of this size hasn’t been seen since October 2008. These sales declines will have both an impact on prices, as well as on the broader economy. As sales reduce, so do dollar volumes, which eventually lead to lower prices across the market. Real estate sales also generate “spin off” business activity, which also drops if this persists. 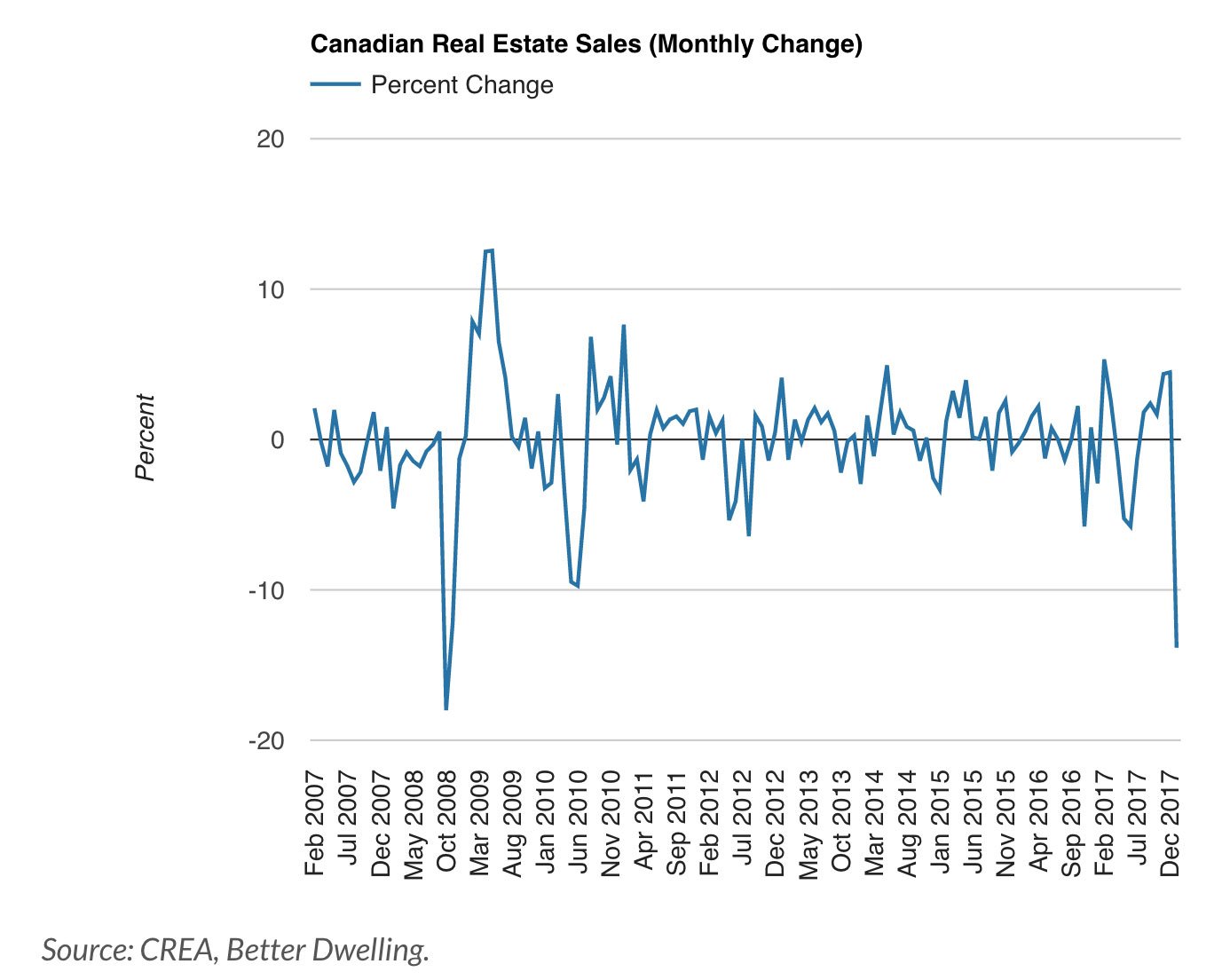 The decline is in line with stress testing estimates

“The piling on of yet more mortgage rule changes that took effect starting New Year’s Day has created homebuyer uncertainty and confusion,” said CREA President Andrew Peck. The new B-20 Guidelines from OSFI did likely contribute to the sale decline. Only real estate boards are experiencing “uncertainty and confusion” however. We already went over why the decline would be this size.

The Bank of Canada estimated a similar decline of buying activity as a result of the changes in rules. If the stress testing applied to last year’s buyers, 81,000 or about 12.37 per cent of low-ratio mortgages would not have been approved. The full impact of the new guidelines haven’t been felt yet, either. Many lenders still honoured mortgages approved before B-20 Guidelines applied. This is even true for foreign buyers, who only saw Guidelines apply to them as of February 1, 2018 at CIBC. Other banks are expected to roll out similar rules for foreign income over the next few weeks, if they haven’t already quietly issued the change. 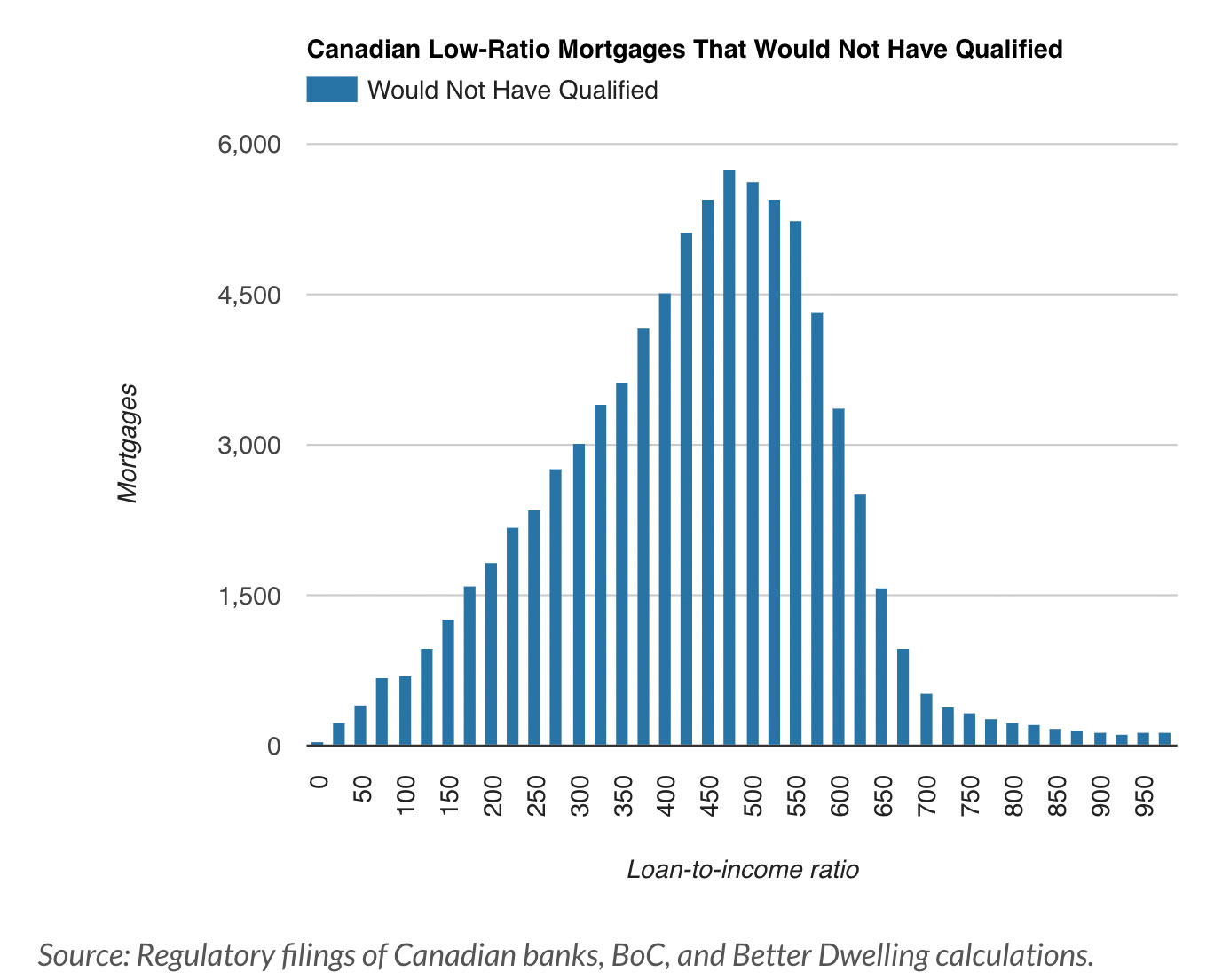 The decline of Canadian real estate sales was expected, as was the impact of B-20 Guidelines. Benchmark prices from CREA typically lag by up to six months. As a result, so do buyer and seller expectations. If you’re in the market for a home right now, make sure you find an agent that is willing to explain that to you as well.