Cover preview: Inside the crazy world of peak real estate

How Canada's overheated housing market is making everyone mean, greedy—even xenophobic. A sneak peek of this week's cover story 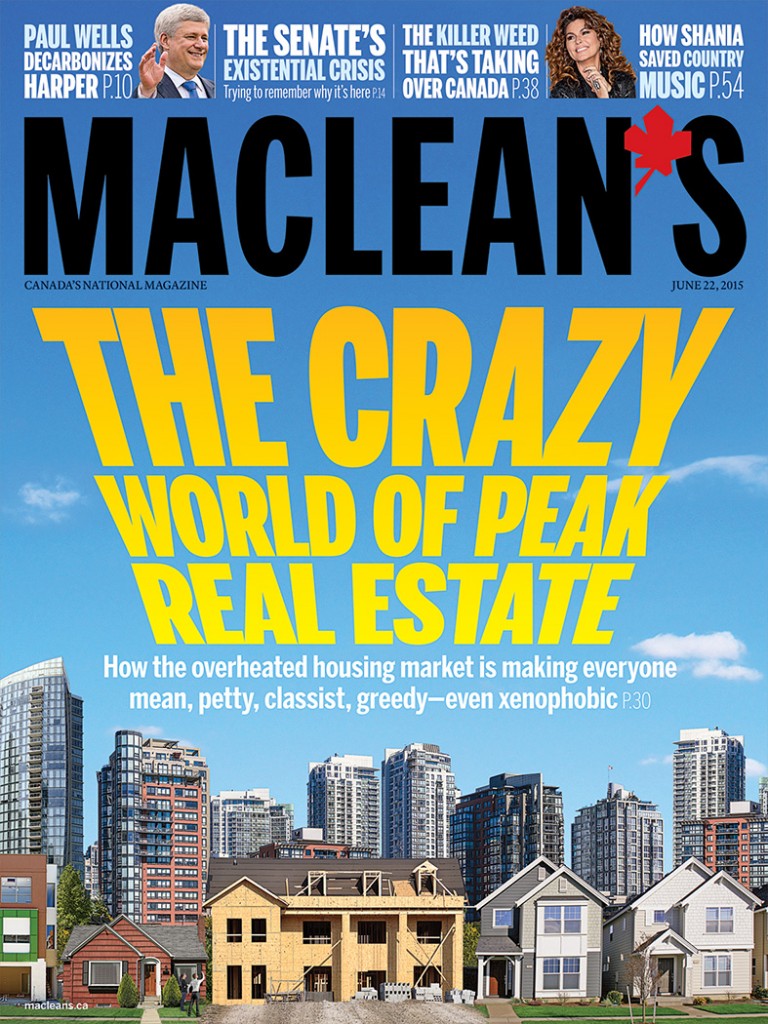 Canada’s national obsession with real-estate has long provided fodder for idle cocktail party chit-chat. But as house prices soar ever further into the stratosphere—the average detached house now tops $1 million in Toronto and Vancouver—things have suddenly started to get ugly.

The animosity begins from the moment prospective buyers set out to purchase a home. While bidding wars are already an unwelcome rite of passage in the quest for home ownership in many Canadian cities, the battles have grown even more irrational and vicious of late as buyers armed with giant mortgages compete for the privilege of owning dilapidated, inner-city houses that often need to be gutted to be saved.

Nor does the fighting stop once the “For Sale” signs are packed away. Perpetually rising prices have triggered a flurry of tear-down projects in many cities as new owners or developers seek to capitalize on their giant investments—usually by building a monster home where a mere two-storey house once stood. That, in turn, has led to bitter conflicts with neighbours who don’t want to see the neighbourhood they bought into erased before their very eyes (and, possibly, property values along with it).

As for those priced out of the market completely, there are growing calls for politicians to do something—anything—to bring down the cost of home ownership in Canada. In Vancouver, several hundred young people even took to the streets to protest the city’s affordability problem, a discussion that inevitably ventures into quasi-xenophobic territory when the questions about the influence of foreign money—read: mainland Chinese—are raised.

With all the rage, greed and animosity, the country’s already overheated housing market has seemingly hit another level—one where desperate, would-be buyers clamour, wild-eyed, for a slice of the action, while existing homeowners go to extreme lengths to protect their property nest eggs. Meanwhile, the rest of the world looks on and wonders: Has Canada gone crazy?

In this week’s issue, Maclean’s takes a closer look at the battle lines that are forming in Canada’s real-estate wars.