For $1.8 million you can buy this gorgeous floating home in Vancouver

Waterfront homes in nearby Point Grey sell for upwards of $10 million, making this floating gem on Granville Island a relative bargain 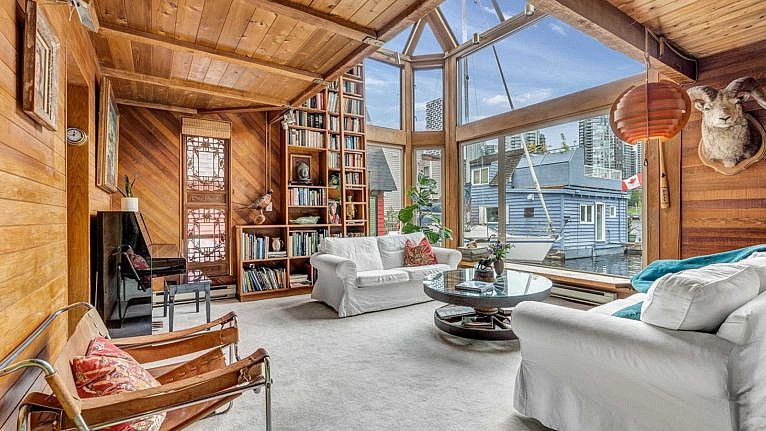 It’s not every day a floating home like this hits the market. Located in the Sea Village Marina, this four-bed, two-bath floating home on Vancouver’s Granville Island in the heart of the city is currently on the market for $1.88 million.

“Floating homes have always been in high demand because they offer a unique waterfront lifestyle connecting with wildlife, as well as a sense of community not found in condos and houses,” says John Anderson, one of the listing agents. “There are only a few floating home marinas in Vancouver and owners tend to fall in love with the lifestyle and don’t sell until decades later.”

The largest of 14 floating homes in the marina, the place has 1,709 square feet of living space across two levels. 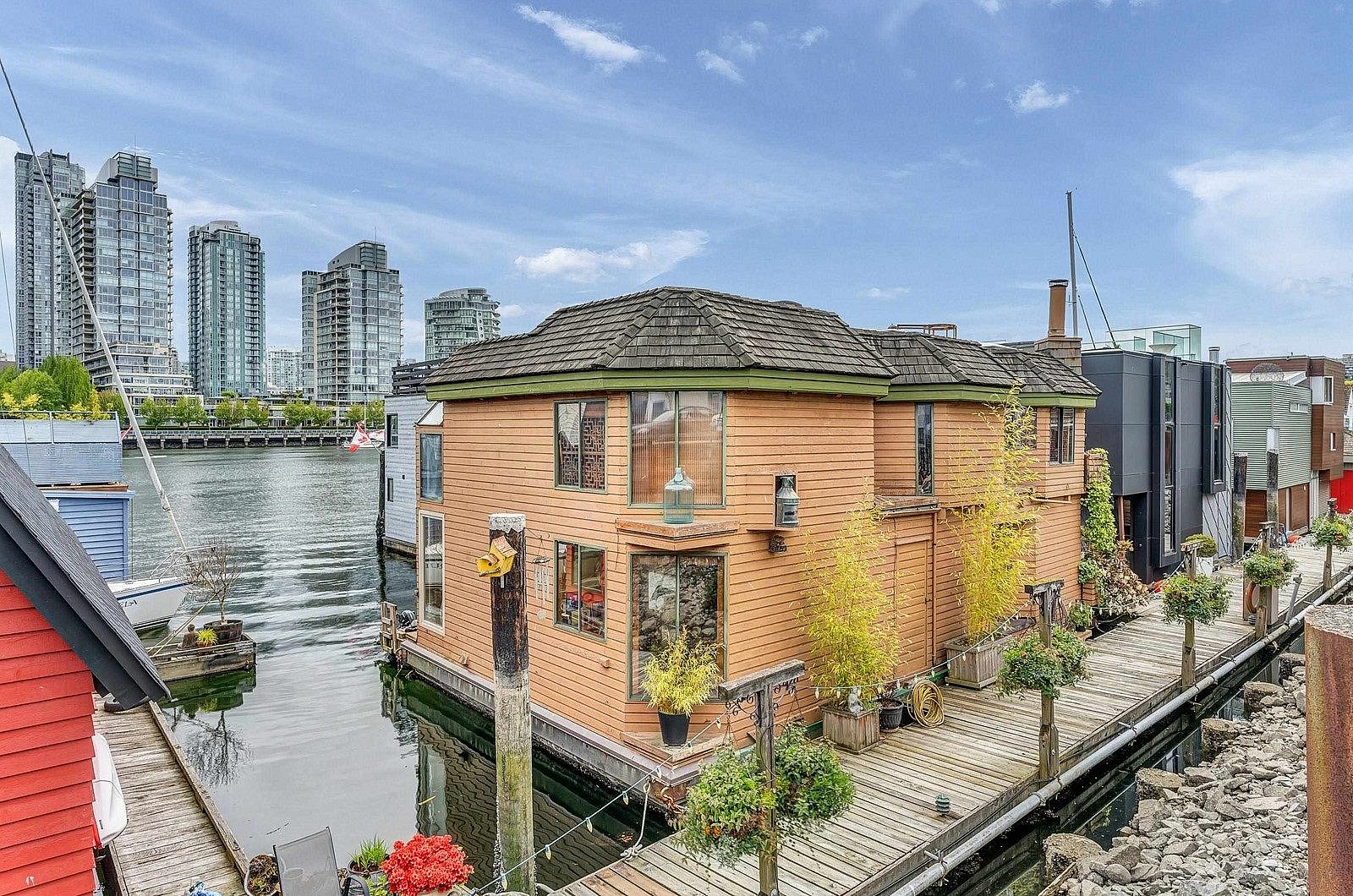 The home was built in 1976, three years before the Sea Village community moved to Granville Island from nearby Coal Harbour in 1979. Formerly an industrial area, the 38-acre Granville Island is now an exclusive shopping district and cultural hub that attracts millions of visitors each year.

The open-concept dining area and kitchen has a walk-out to the patio in the back: 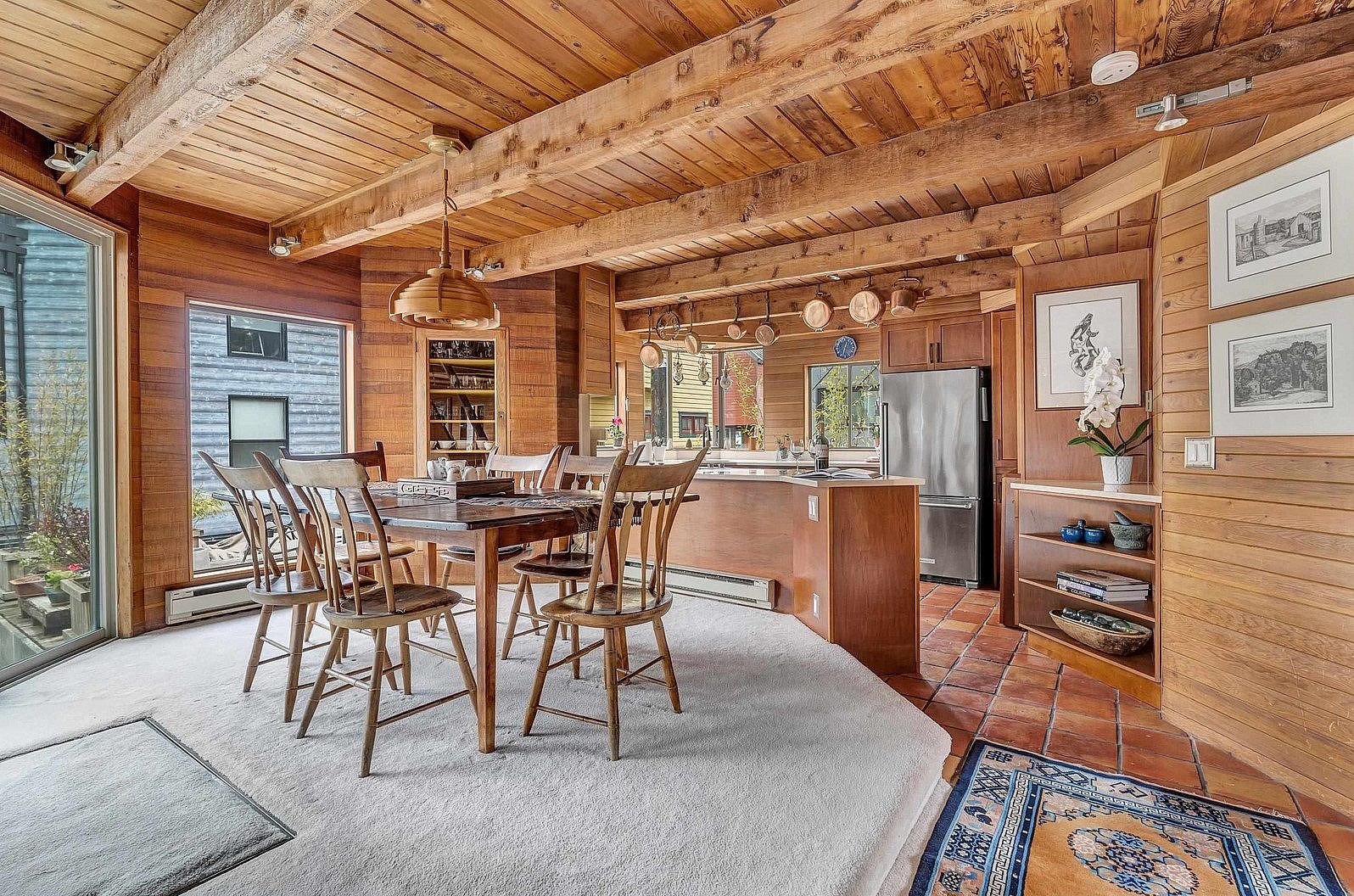 The patio, unsurprisingly, has a water view: 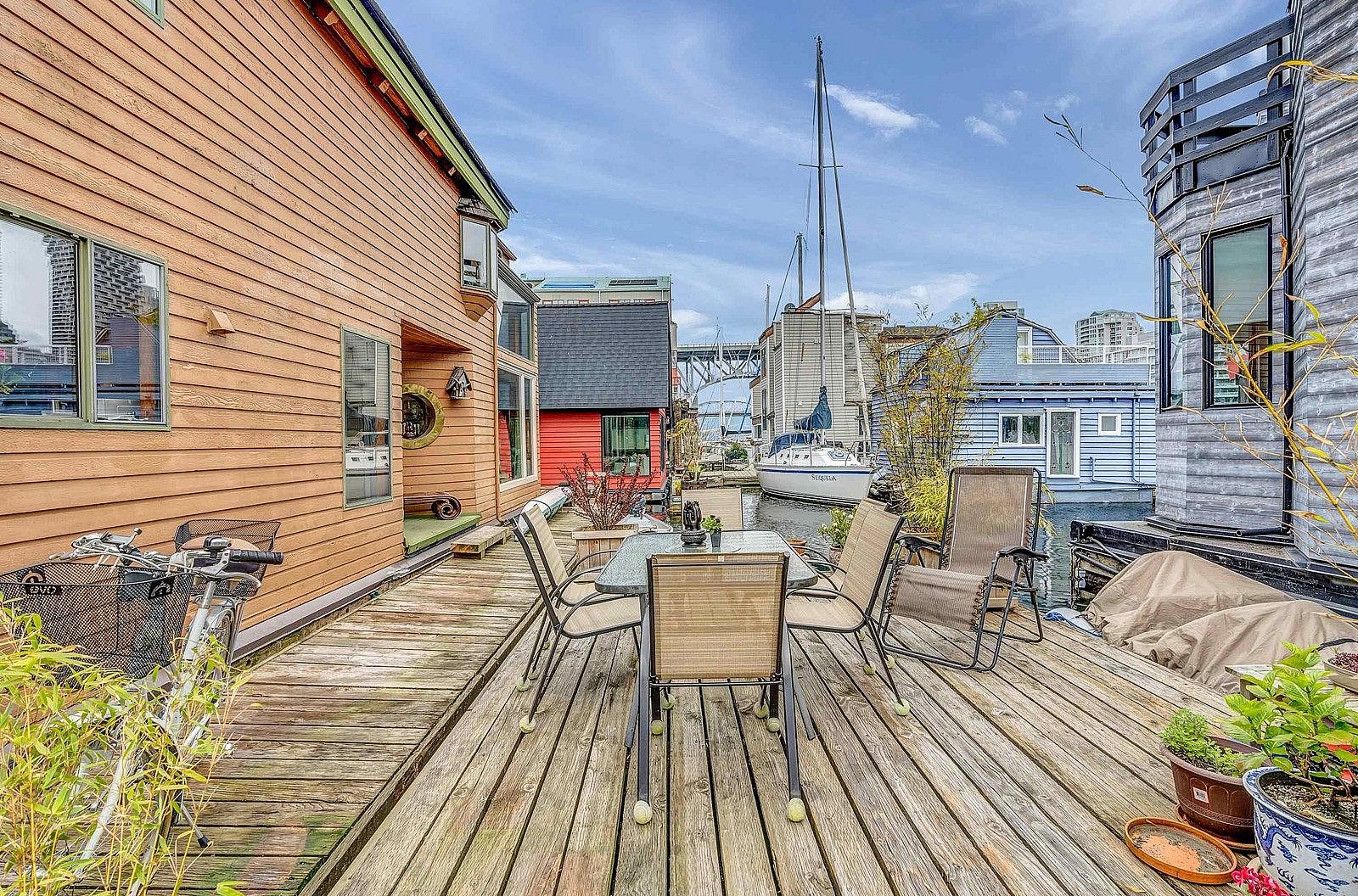 The owners bought the home in 1993, but, with plans to retire soon, they’re now selling the place so they can do some more travelling. Upstairs, this little nook is decorated with knickknacks collected during the owners’ extensive travels: 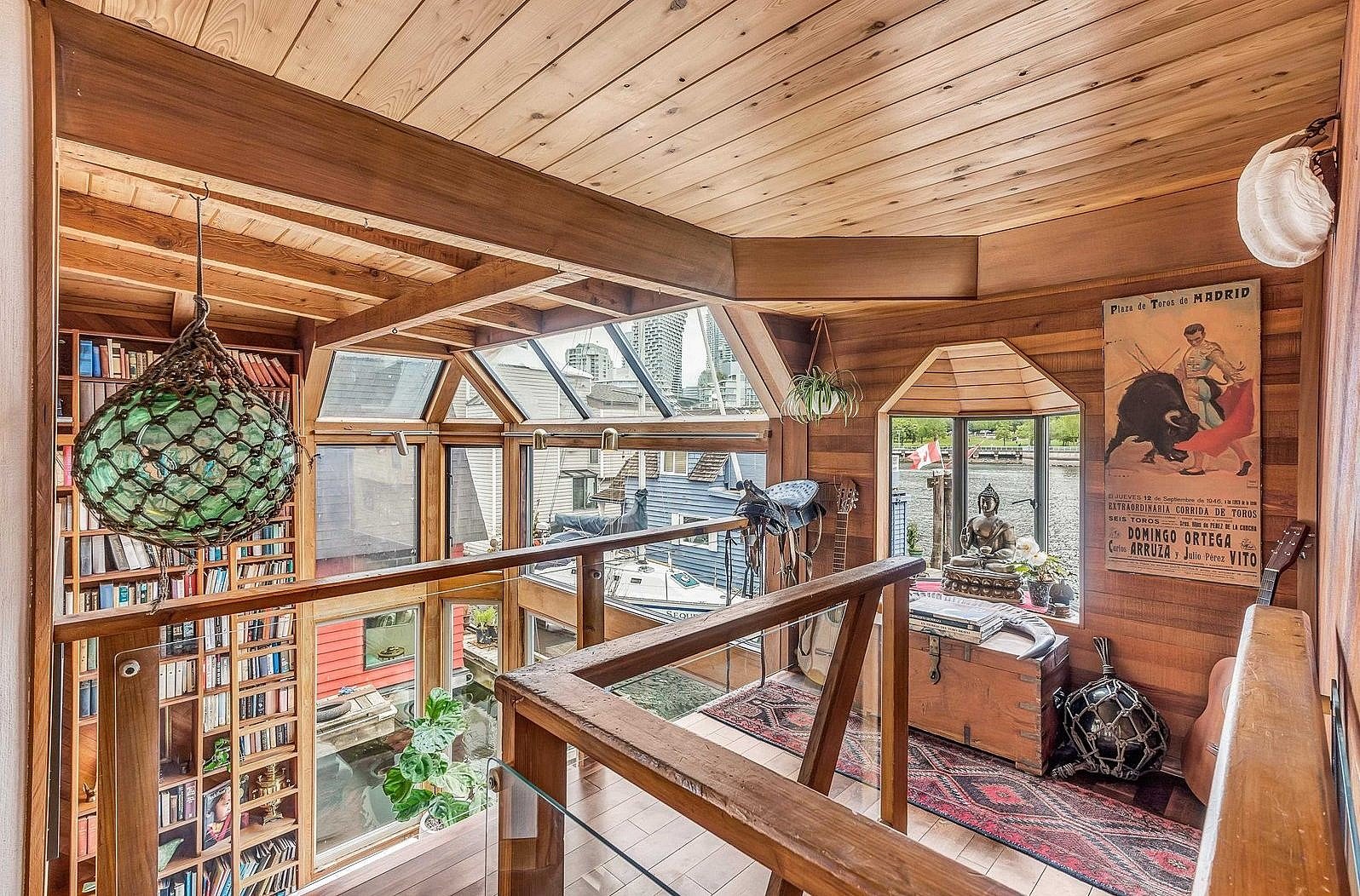 BC Hydro and the City of Vancouver provide power and water. Being a B.C. resident is a requirement for purchasing one of the 14 homes in Sea Village, and owners aren’t permitted to lease out any of the properties. The $1,287 monthly fees go to the Canada Mortgage and Housing Corporation (CMHC), which manages Granville Island.

Like each of the upper-level bedrooms, this upstairs living room—formerly the master bedroom—has a skylight: 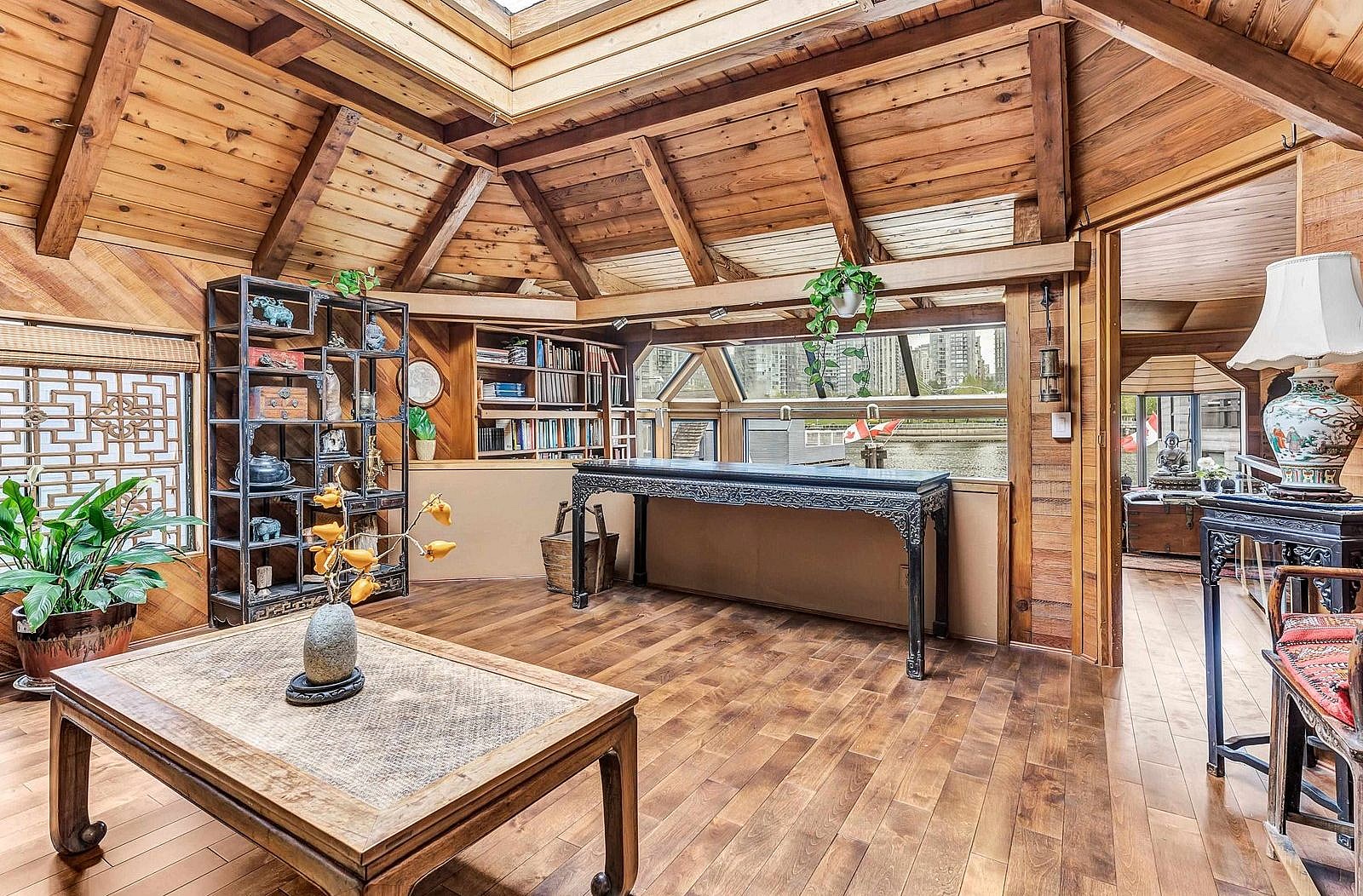 The first of three octagonal bedrooms: 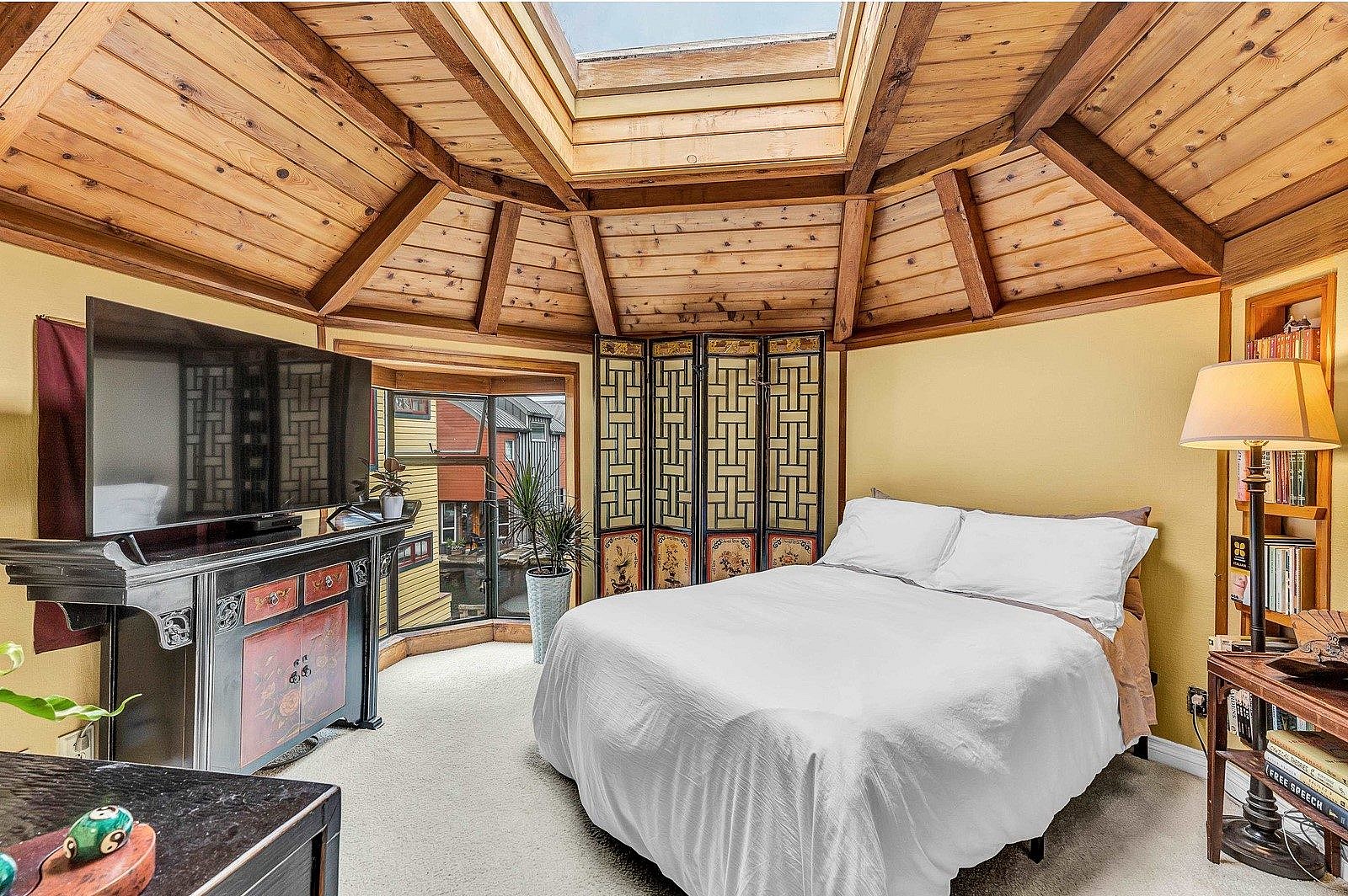 In case you were wondering, yes, there’s a sauna in the main-level bathroom: 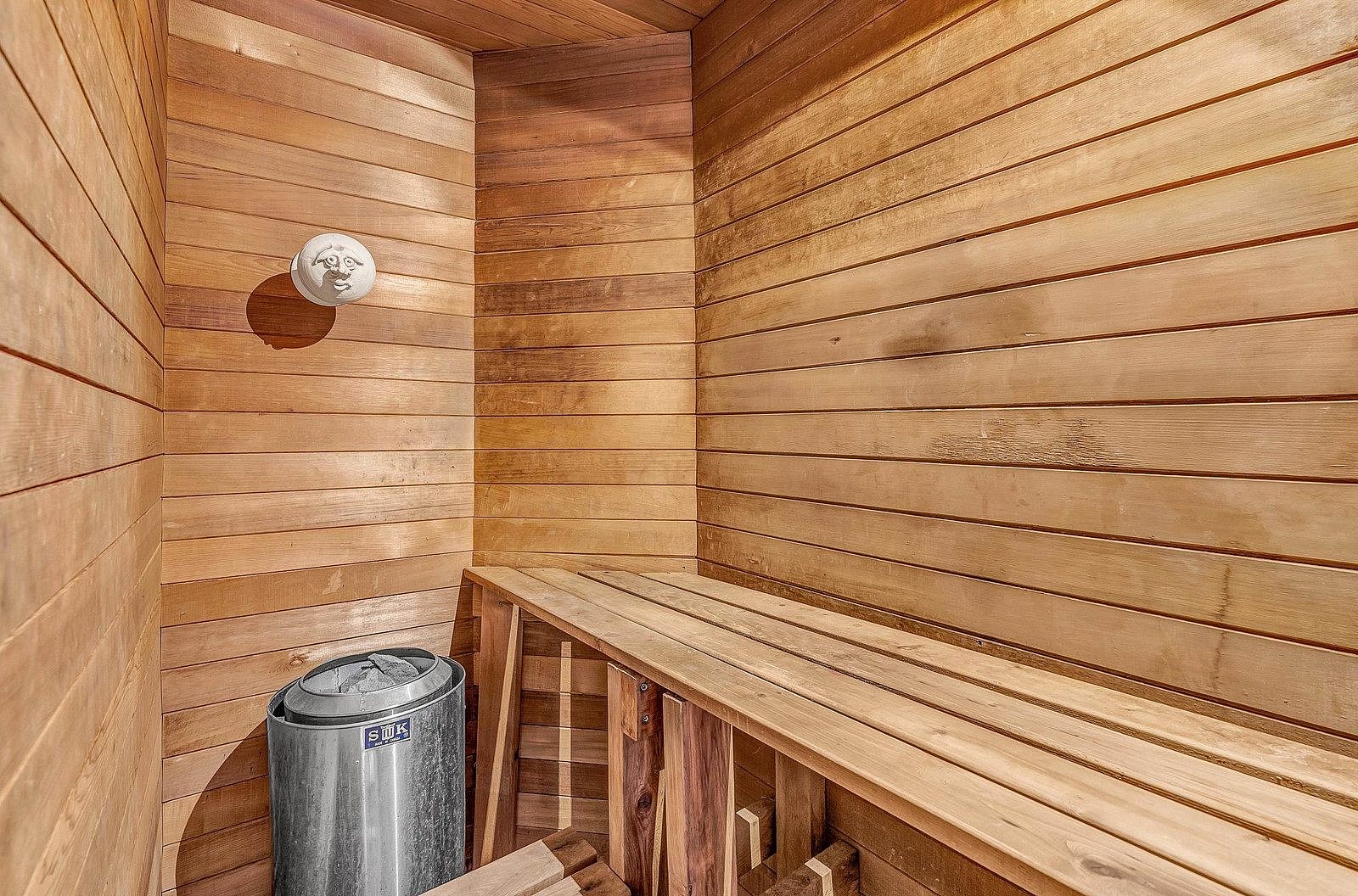 “In terms of price, there is no comparison in Vancouver,” says Anderson. “You have to spend over $10 million to have a waterfront house in nearby Point Grey, and you can’t even find a house in Vancouver West under $2 million.”

The post-and-beam home also comes with a rooftop deck and an attached workshop. The rooftop deck offers a view of the downtown Vancouver skyline: 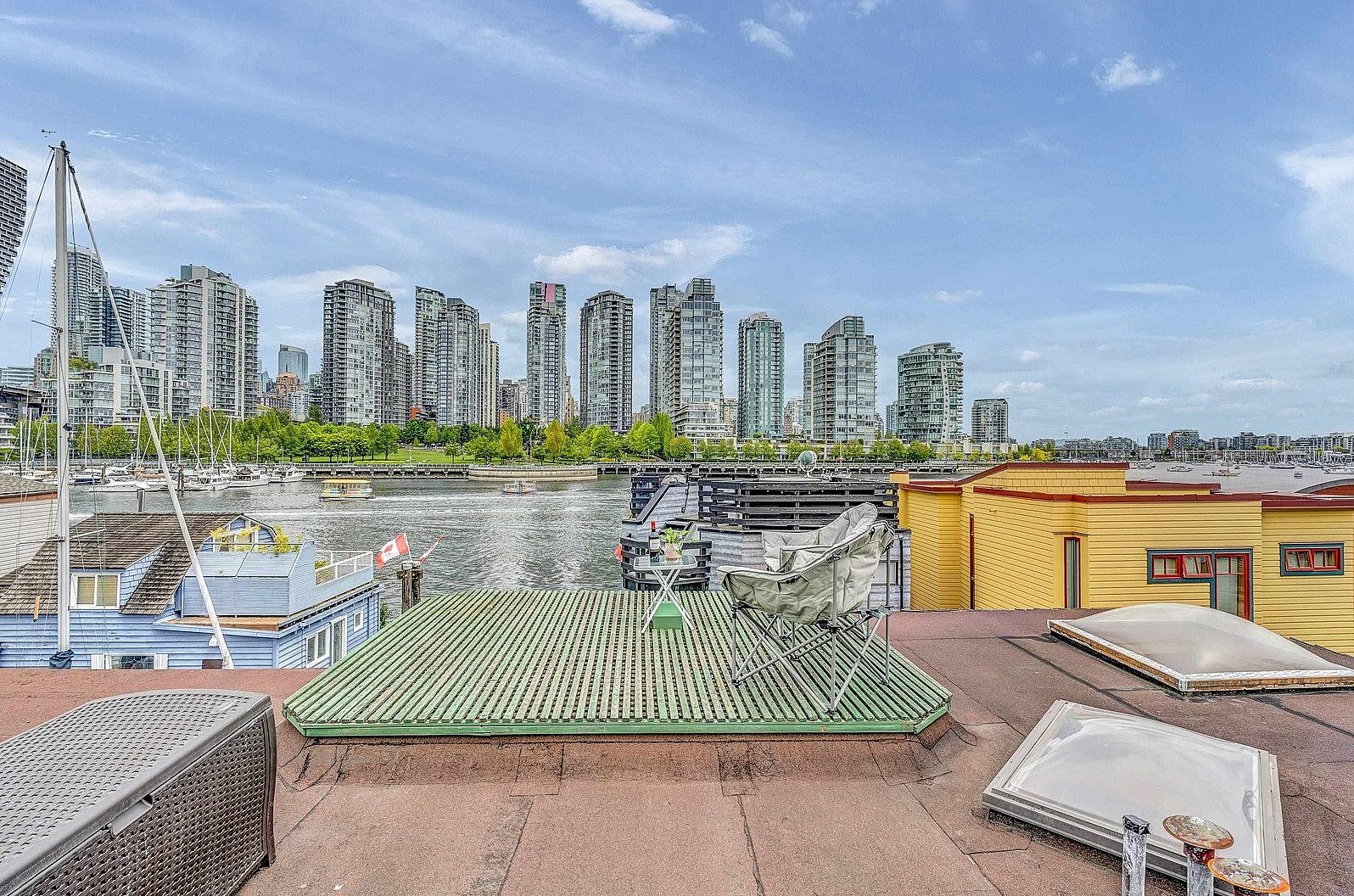