"We want it to feel like you're in the story," says Audy Leavitt, co-owner of Charmed Resorts, the themed cottage playground offering a storybook experience. 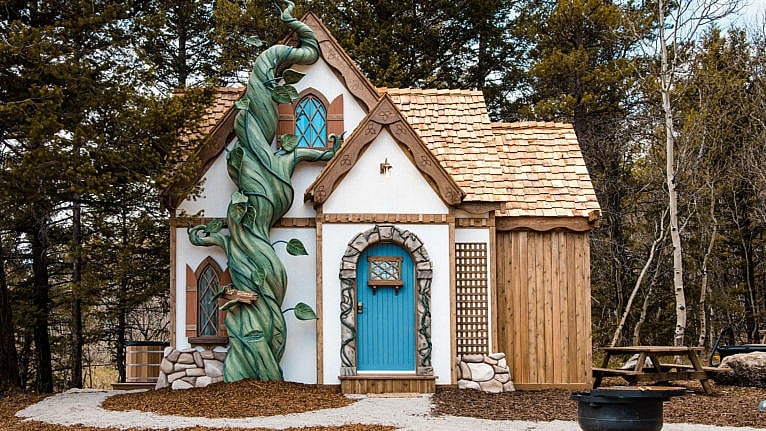 Jack’s upgrade - from the beanstalk to this rustic cottage (Photo: Dayton Jans)

While there may not be elves, fairies, or unicorns wandering around Alberta’s Charmed Resort, the fantasy cottages are designed to make you believe anything is possible. It was in the early days of the pandemic when Audy and Tyson Leavitt designed Rapunzel’s cottage, their first rentable, fairytale-themed playhouse in Crowsnest Pass, Alberta, roughly two hours south of Calgary. After initially serving mainly as a getaway for pandemic “bubble” groups, by 2021 the rental’s success led the couple to move forward with a half-dozen additional magical builds. Charmed Resorts was born.

“Our aesthetic goal is to have the whole resort feel real at the same time as being fantasy. We want it to feel like you are in the story – not like a play area that is ‘themed’ like a story, but in the story,” says co-owner Audy Leavitt. 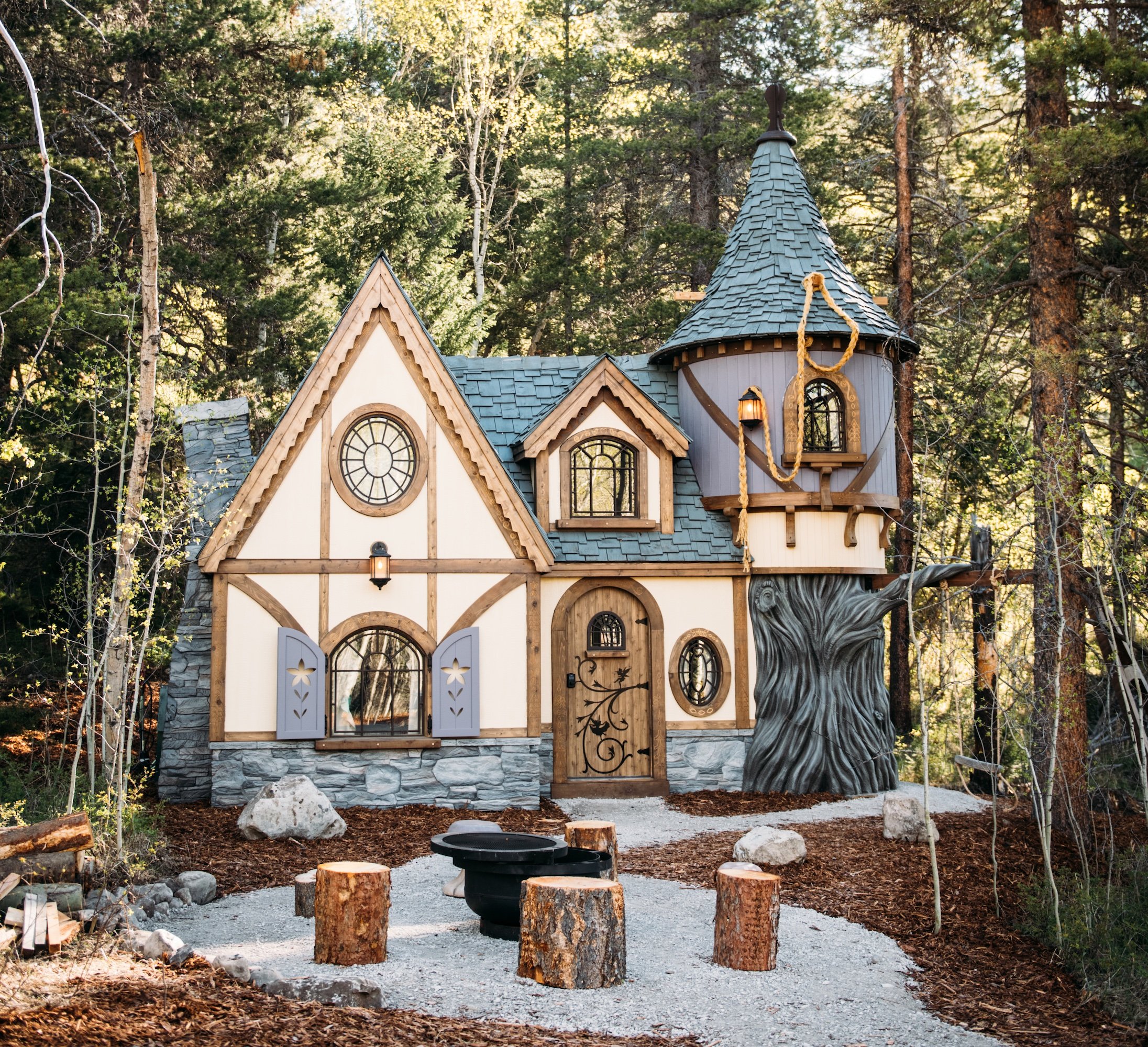 Rapunzel’s abode is still the most popular of all of Charmed Resorts’ fantasy cottages. (Photo: Kyla Hornberger) The Leavitts—who were featured on TLC’s Playhouse Masters and have built for A-list clients like Steph Curry and Kevin Jonas—created the Disney-like resort to welcome whimsical renters of all ages. No, the gingerbread cottage isn’t edible, but it does sleep six and has a wood-fired hot tub. (Photo: Rhonda Steed)

“We have had older couples, friend groups, and obviously a lot of families with young kids come to the resort,” says Leavitt. “Everybody seems to really enjoy the merging of camping in the great outdoors, with the storybook and fairytale experience.” Rates run from $295-$345 per night. 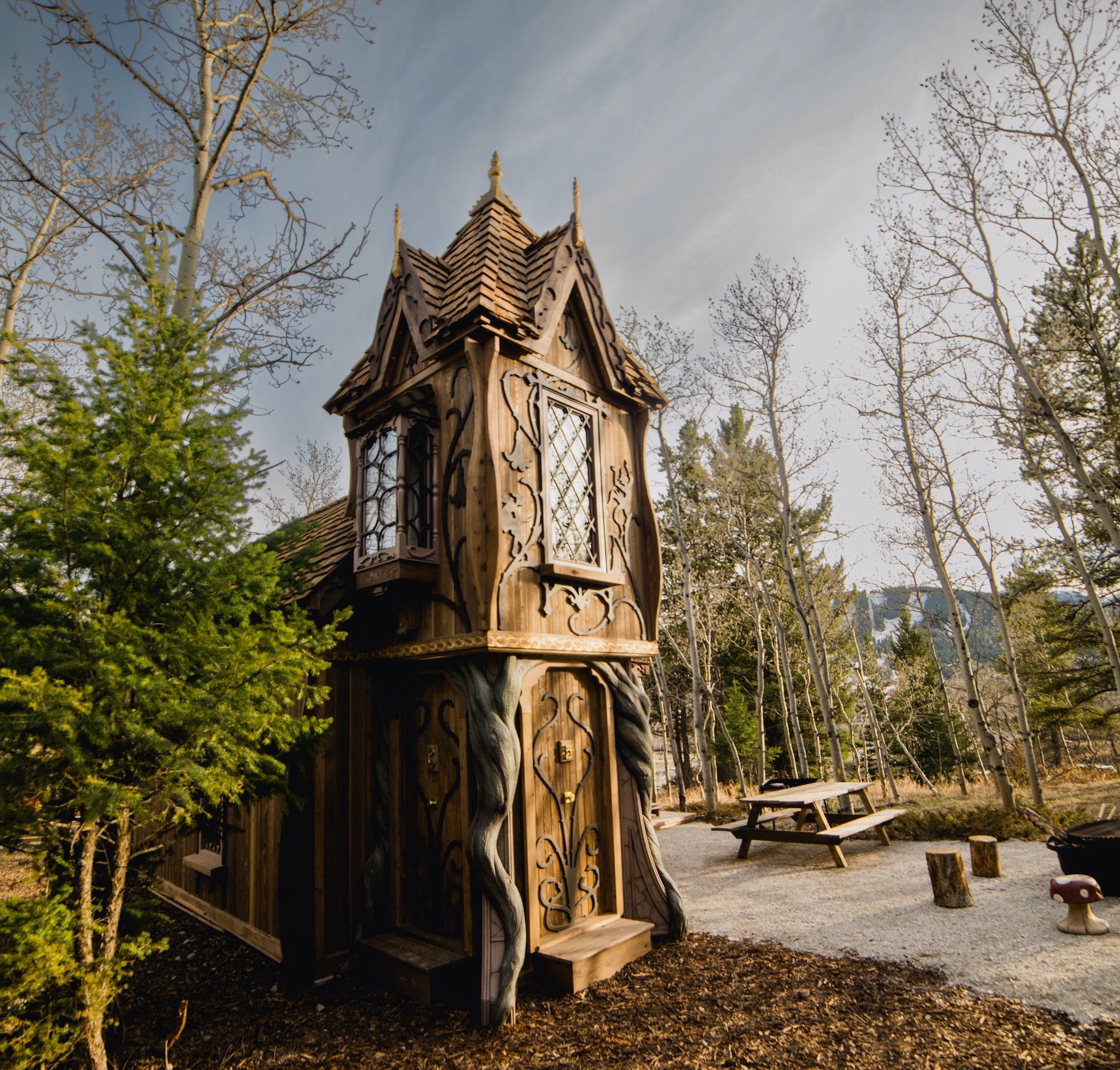 You don’t have to spin straw into gold to feel the magic of Rumpelstiltskin in this tower-style build. (Photo: Rhonda Steed) Most of the cottages feature an electric fireplace like this one. (Photo: Dayton Jans)

With ten more playhouse builds in the works—including three Peter Pan playhouses and Belle’s cottage from Beauty and the Beast—the resort is well on its way to becoming Canada’s most magical destination. Longer term, the couple even plans to build a restaurant, a store and a fairy tale trail on the premises, along with themed activities and amenities.