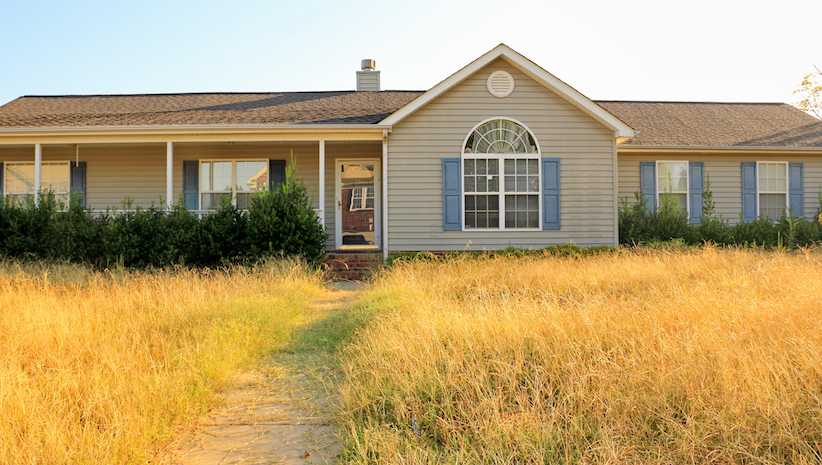 For anyone who paid even passing attention to the U.S. housing crisis in 2008, the term “jingle mail” will be familiar.

Widespread financial shenanigans during the run-up in house prices in the early 2000s—like subprime lending and dodgy approvals—resulted in a very painful housing crash and recession. Suddenly millions of Americans could no longer keep up with their payments, and as the value of their homes dropped, they slipped ‘underwater’ on their mortgages. In other words, they owed more than their homes were worth. But since certain American states have so-called “no recourse” legislation, which restricts mortgage lenders from suing borrowers to recover their losses, homeowners who are underwater on their mortgages can simply walk away from their homes.

And many did. Hence the term jingle mail, the (albeit rare) practice of people mailing their house keys back to the bank.

READ: Drowning in debt is the new normal in Canada

In the wake of the U.S. crash, a lot of questions have been asked about the strength and stability of Canada’s housing market, with its sky-high prices and deeply indebted households. And the matter of whether Canadians could also walk away from their homes has frequently been raised. But as is often pointed out, Canada isn’t America. While mortgage rules in Canada differ by province, all are full recourse with the sole exceptions being Alberta and Saskatchewan in situations where borrowers have not purchased mortgage default insurance (such as from CMHC). Where full recourse rules apply across Canada, lenders are entitled to pursue mortgage shortfalls in civil court under normal lawsuit provisions. So lenders file a statement of claim against a delinquent borrower, obtain a judgment, and then get an execution order to enforce the judgement to recover their losses. Case closed, lender made as whole as possible.

Indeed the legal risk faced by borrowers who try to walk away from their loans is so great, it’s been frequently held up as an argument for why Canada won’t see anything like a U.S.-style housing crash and its repercussions for the economy. (Never mind that a 2010 study by the Federal Reserve Bank of Richmond found that several states hit hardest by the U.S. housing crash—such as Florida, Nevada, Illinois and Michigan—had some element of recourse for lenders.) That’s certainly the position now widely held by Canadians, as well as people who invest in Canada, such as big international institutions, mutual funds, sovereign funds, hedge funds.

Only it’s not that straightforward.

What is far less known is the fact that insolvency legislation in Canada supersedes a lender’s right to sue a homeowner for a shortfall. In other words: if a homeowner who is unable to make mortgage payments files either a personal bankruptcy or a proposal in Canada, the shortfall (now unsecured) is included in the insolvency proceeding and fully dischargeable.

READ: Has ‘fixing’ Canada’s mortgage market made it riskier?

Let’s step back for a moment. A mortgage is, of course, a secured debt. The lender has the security of the asset in case of default. But in the event of a shortfall (and default), that secured debt becomes unsecured—just like any credit card or unsecured line of credit—and the lender must then rely on civil court to collect on the loss (shortfall).

But a lender cannot take court action when a Canadian insolvency proceeding is underway, nor afterward as the debts are then legally discharged.

Therefore, you can essentially walk away from your home in Canada, no matter the amount of the shortfall, if you file a bankruptcy or a proposal with a Licensed Insolvency Trustee. The estimated shortfall gets included as a normal unsecured debt for which the lender files a proof of claim, and it is discharged. No other recourse is available in the courts to the lender.

In my experience, this is a very little-known fact, even among those who are quite financially sophisticated.

Our firm has filed insolvencies for many people in these types of situations. Often, there is a triggering event: a job loss, an illness of a primary income-earner in a family or a divorce. Mortgage payments become simply too much to handle (often after many months of doing everything possible to continue staying current), and the homeowner either defaults or just informs the bank that he or she can no longer maintain the mortgage payments.

READ: These are the most common myths about bankruptcy in Canada

But in the event of a housing market drop or crash, those who bought most recently with high-leveraged mortgages will be underwater quickly. A 10 per cent down payment goes underwater with anything more than a 10 per cent drop in prices.  And that doesn’t even factor in selling costs and other outlays, which are much higher than most people realize. Insurers in Canada routinely report average severities (i.e. losses on seized properties) in excess of 25 per cent. There’s nowhere in Canada where prices are down that much from their peak, however in the GTA the average price for a detached home is down more than 16 per cent since the high in April.

If that situation persists, many may decide that the financial burden of keeping up with monthly payments on a mega-mortgage for an asset that is declining in value is simply not worth it.

Let’s look at an example. Say a homebuyer put $100,000 down on a $700,000 semi-detached home earlier this year. Perhaps that down payment came from years of saving, or as is more common these days, the Bank of Mom and Dad coughed up the money. Either way, they took out a $600,000 mortgage.

Now to be clear, there’s no shortfall simply by virtue of dropping house prices. If there’s no default, there’s no actual shortfall. No harm, no foul. If that homeowner keeps making her regular mortgage payments, she keeps her house.

Also, banks don’t want to be homeowners, even if they have the right to in the event of a default. They will usually work with you within their own parameters (and always within any statutory rules) to see that you satisfy any deficiency and maintain your mortgage standing.

But a ‘shortfall’ occurs when there’s a default sufficient to trigger a power of sale, to use the Ontario example. (Legislation differs from province to province, with some using power of sale proceedings and others relying on a foreclosure process, but both achieve the same end via different courses of action.) In such circumstances, not only is the home worth less than the value of the mortgage, the homeowner has stopped making payments. The lender is then facing a loss and has full recourse to force the borrower to repay her debt.

WATCH: What the average Toronto house price can buy around the world

So how does this legal route out of recourse work?

Simply put: file a legal insolvency, either a personal bankruptcy or a consumer proposal. Both provide the same stay of proceedings on creditors. That means any existing lawsuits are stayed, as are any potential ones. Both achieve the same end: eliminating all unsecured debt—including taxes owing—with a full legal release. But the two processes unfold differently.

If your house is underwater and you file bankruptcy, the Trustee won’t seize the house and sell it because there is no equity for the estate. Indeed, there isn’t even enough value to make the mortgage lender whole. It’s more technical than that, but that’s the gist. The bank is stayed from taking legal action (power of sale or foreclosure, depending on the province) to get what it can. The bankruptcy fully discharges the shortfall as a (now) unsecured debt, just like all other debts dischargeable in bankruptcy: credit cards, unsecured lines of credit, income tax arrears, older student loans, etc.

(CMHC, the federal mortgage insurer, can only pursue you for the difference between the sale price and the insured price if the mortgage default occurred after the date of bankruptcy – but nobody in such a situation defaults after they file, so this never really happens. Even if they somehow didn’t have notice of the bankruptcy, they may commence action to recover the shortfall but it’s stayed by the bankruptcy anyway.)

READ: Why every housing bubble has people saying ‘This time is different’

In a proposal, the same effect is achieved: the full legal release of the mortgage shortfall. Also, the same protections as in bankruptcy (a legal stay) are provided. But in this situation the mortgage borrower is ‘proposing’ terms—a single monthly payment of principle only (zero per cent interest) over 60 months or less. The creditors will usually accept much less than the total debt owing. The terms are set to provide a greater return than the creditors would have received if a bankruptcy had been filed instead. Also, the credit rating carried afterwards is better than that of a bankruptcy.

But in a proposal the creditors as a group get to vote on the terms proposed. A basic majority (51 per cent) of proven claims carries the proposal. So if a person had $50,000 in various credit card debts and tax arrears, and another $50,000 in a shortfall on a mortgage, the total unsecured debt is $100,000, for which creditor votes totalling $51,000 would carry the proposal. Creditors voting against cannot opt out, either: they participate in the proposal’s dividends if they prove a claim, even if their vote was against. All of this can only be administered by a licensed insolvency trustee. The mortgage lender who suffered the shortfall would then recoup a percentage of its losses via the proposal dividends.

So, to recap: in both a bankruptcy and a proposal the mortgage shortfall is fully discharged but you do not keep your house. You are walking away. I emphasize this because normally a proposal allows one to keep their house (and all other assets) if there is equity. In fact, most people will file proposals for exactly that reason. Obviously in a shortfall situation, there is no equity. Both filings allow you to walk away from an otherwise full recourse mortgage if they choose. Jingle, jingle.

Full recourse on mortgages in Canada, then? Absolutely. But not when filing a bankruptcy or a proposal. And a proposal may be a very realistic option for many Canadians on the wrong end of a bursting real estate bubble.