Transactions in June were down 6.7 per cent compared with a month earlier 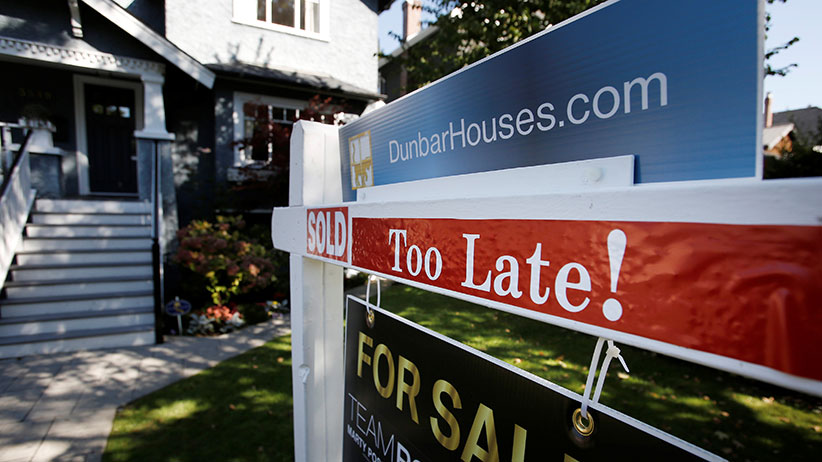 Transactions last month were down 6.7 per cent compared with May on a national basis, the third consecutive monthly decline, with the Greater Toronto Area registering a 15.1 per cent drop.

“Changes to Ontario housing policy made in late April have clearly prompted many homebuyers in the Greater Golden Horseshoe region to take a step back and assess how the housing market absorbs the changes,” CREA chief economist Gregory Klump said in a statement.

“The recent increase in interest rates could reinforce a lack of urgency to purchase or, alternatively, move some buyers off the sidelines before their pre-approved mortgage rate expires. In the meantime, some move-up buyers who previously purchased a home before first selling may become more motivated to reduce their asking price rather than carry two mortgages.”

Sales were down from the previous month in 70 per cent of all local markets measured by CREA, including the Lower Mainland in B.C., Montreal and Quebec City.

The Ontario government moved earlier this year to cool the Toronto real estate market, bringing in more than a dozen measures including a 15 per cent tax on foreign buyers. Since then, sales in Canada’s largest city have slowed.

Separately, mortgage interest rates have started to rise in recent days. That came after the Bank of Canada raised its key interest rate last week, a move that prompted the big banks to increase their prime rates. Rates for new fixed-rate mortgages also ticked up in anticipation of the central bank rate hike.

Compared with a year ago, national home sales in June were down 11.4 per cent.

The aggregate composite Multiple Listing Service home price index for June was up 15.8 per cent compared with a year ago.