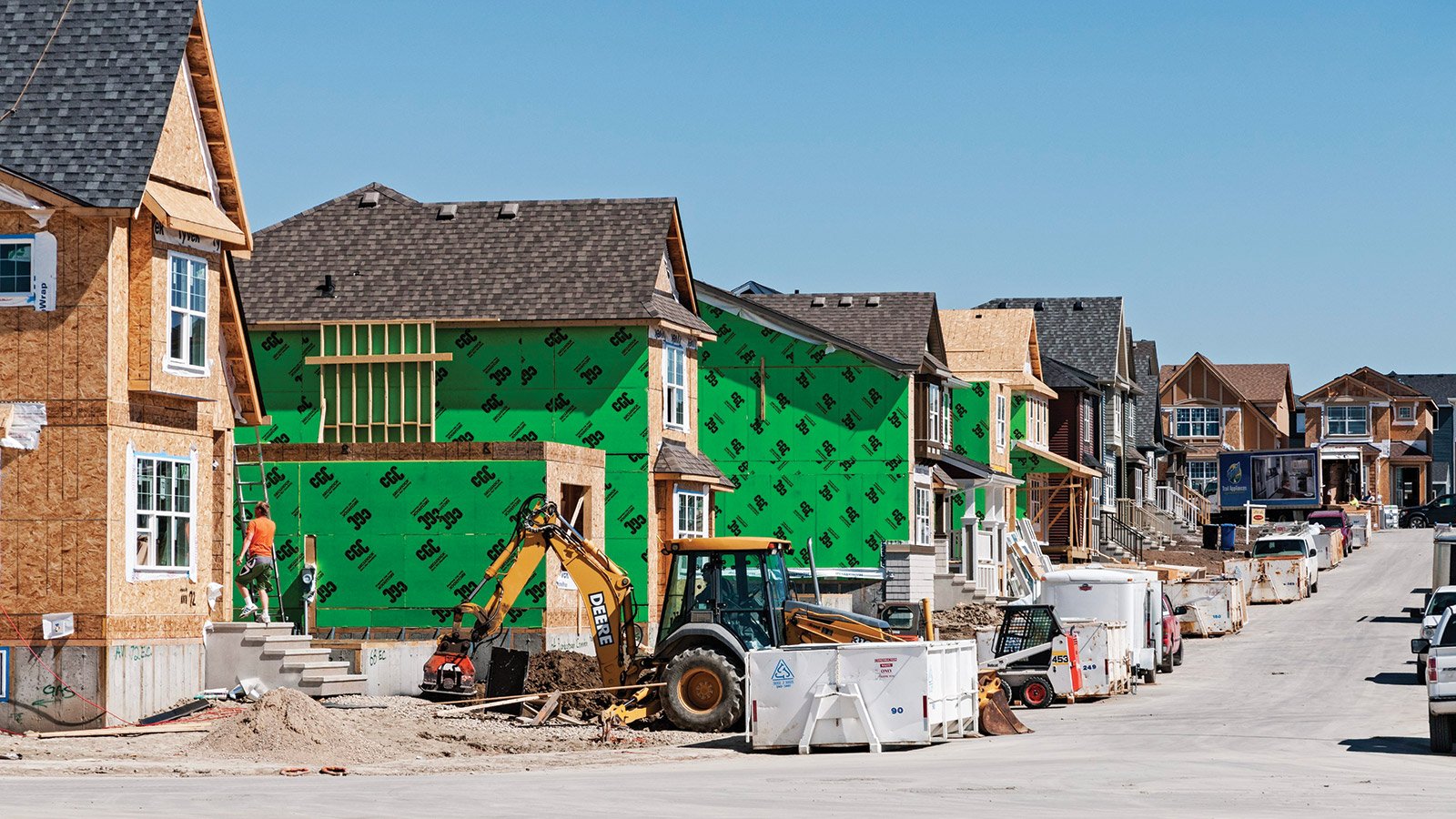 OTTAWA — Canadian housing construction heated up in August, driven by a 19.5 per cent increase in urban multi-unit projects — primarily in Ontario.

Canada Mortgage and Housing says the annualized pace of housing starts in August increased to 216,924 units nationally, including 142,927 units in urban multi-unit projects.

On a seasonally adjusted basis, there were 58,385 single-detached housing units started last month, up 1.4 per cent.

CMHC says the pace of urban housing starts declined in most regions of the country, with Ontario being the exception.

In Calgary, there was more construction of all types of dwelling in August than in July but less than the same month last year, prior to the collapse of oil prices in late 2014. In Edmonton, there were declines from both July and August 2014.

FILED UNDER: Canada Mortgage and Housing