At the height of the mania, investors accounted for one in five home sales in parts of the GTA, says a new report 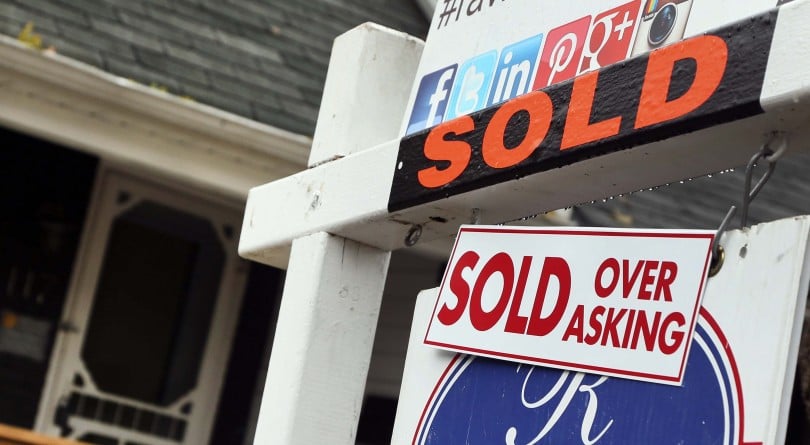 There are many culprits behind last year’s unsustainable rise in Toronto house prices, with experts blaming everything from foreign buyers to lack of supply. But a new report singles out another major factor: speculative investment.

Toronto brokerage Realosophy Realty Inc. found 16.5 per cent of low-rise houses in the Greater Toronto Area were purchased by investors during the first quarter of 2017, the peak of the bubble. In 2012, investors accounted for only 4.8 per cent of low-rise purchases. Some regions of the GTA proved to be more attractive to investors than others. In York Region, an area north of the city of Toronto, investors accounted for more than 20 per cent of sales. House prices in York surged the most during the run-up to the bubble, and have fallen the furthest in the aftermath. “This was largely a speculator driven bubble,” says Realosophy president John Pasalis. Without investor purchases, sales in the first quarter of 2017 would have actually fallen, suggesting that regular buyers stepped back from the market as investors piled in.

To arrive at these figures, Realosophy analyzed all low-rise sales on the Multiple Listing Service (MLS), the database of real estate transactions used by realtors, then checked to see how many of these properties were later listed for rent. Not all rentals are posted on MLS, however, meaning Realosophy’s numbers could be underestimating the role of investors.

These investors can more accurately be called speculators. Pasalis noticed a shift in buyer behaviour in 2016, when nearly half of the visitors to his brokerage were interested in purchasing investment properties. With home prices rising fast, however, rental income typically wasn’t enough to cover mortgage payments and other expenses. Most interested buyers didn’t care about losing money each month, according to Pasalis, since they were betting that home prices would keep rising. “That’s just not normal,” he says. “They’re just overly optimistic about how much money they’re going to make.” During the period Realosophy analyzed, the average GTA investment property was short $1,650 each month. In Richmond Hill, a town north of the city, investors were out-of-pocket $2,488 monthly.

RELATED: Real estate sales are cratering around the GTA. Is this a crash in the making?

A similar mentality is still at play in Toronto’s condo market. A recent report from CIBC and Urbanation found that 44 per cent of investors who took possession of newly constructed condos last year are losing money each month. Even so, those investors are ahead: during the typical five-year waiting period before registration, the price of the average condo increased 51 per cent.

Not everyone has been so lucky. The Ontario government helped to burst the speculative mindset in the GTA in April 2017 when it implemented a 15 per cent foreign buyer tax. Median home prices fell 18 per cent over the next four months. When the market turned, some buyers were unable to close on transactions. If, for example, a home appraisal came in below the purchase price, banks were no longer willing to fully fund the deal. Realosophy found 866 transactions failed to close during the first quarter of 2017. Those properties were eventually sold later in the year for $140,200 less on average than the price received earlier in the year. Another 122 properties were bought and sold in the same year for a loss. It’s unclear why these homes were re-listed so quickly. “The only thing I can think of is panic selling,” Pasalis says.

There can be serious personal and financial consequences when sales fall through. A recent Superior Court of Ontario decision lays bare everything that can go wrong when buying at the top of the market. In March 2017, a couple listed their home in Stouffville, just north of Toronto, for $2 million. A bidding war ensued, and one pair of interested buyers boosted their initial offer by $200,000 to $2.25 million. The sellers accepted, but the deal quickly unravelled when the would-be buyers felt they had a mistake and overpaid. (The appraisal also came in short, and they couldn’t obtain the financing to close.) The sellers re-listed the property, which sat on the market for months without receiving a single offer. The home eventually sold for $1.77-million in October. The sellers also filed a lawsuit against the pair who walked away from the deal earlier in the year. A judge ruled in favour of the sellers, and ordered the defendants to pay the difference between the closing price and their initial offer back in March. That amounts to $480,000, plus special damages.

“The impact of this court’s decision will undoubtedly have a dramatic effect on the defendants,” wrote the judge. “I have every sympathy for the defendants. With the changes in the real estate marketplace in the Greater Toronto Area, I have every expectation that there may be more cases where purchasers find that they have overextended themselves in a declining market.”

It’s a grim reminder that while the bubble may have burst, some households are still dealing with the consequences.