How the Bank of Canada's interest cut will affect mortgage rates

Economists say rates will dip slightly in response to the Bank of Canada's surprise move Wednesday to cut its trend-setting interest rate to 0.75 per cent 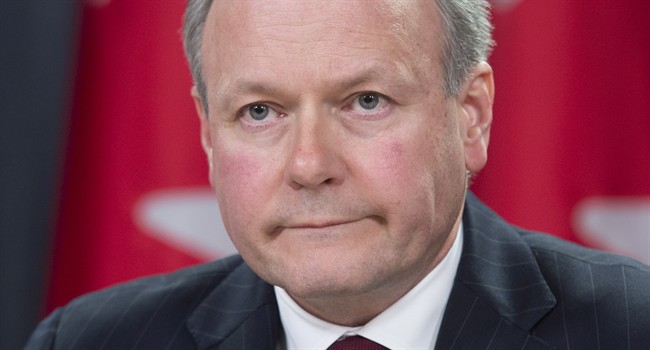 TORONTO – Canadian homeowners have likely gained a reprieve from an expected increase in mortgage rates this year.

Economists say rates will dip slightly in response to the Bank of Canada’s surprise move Wednesday to cut its trend-setting interest rate to 0.75 per cent, from one per cent, to soften the blow of dropping oil prices on the Canadian economy.

“This signals that low interest rates will be with us a while longer,” said Avery Shenfeld, the chief economist at CIBC World Markets, noting that the central bank’s rate cut will likely mean a corresponding 0.25 drop in variable, or floating, mortgage rates.

Fixed-rate mortgages are also likely to see a slight decline, as they follow bond yields, which will move lower in response to the rate cut.

It was anticipated that the Bank of Canada would move to increase its overnight rate later this year due to an improving economy, until crude prices started to slide and dropped below US$50 a barrel.

“It doesn’t take long to react to a policy change like this,” Soper said. “That’s why it’s such a powerful tool.”

A conventional five-year mortgage stands at about 4.79 per cent, according to data from the Bank of Canada.

Related:
A recap of our live-chat with economic experts
John Geddes looks at the political ramifications of the cut

Decreased mortgage rates are likely to boost sales and prices of homes in Central Canada, including in Toronto’s red-hot property market, where Soper predicts prices could climb by 4.5 to five per cent this year.

“It will be a lift to the industry overall,” Soper said. “However, it will be particularly pronounced in Central Canada, which we believe will see a lift from lower oil prices regardless and, when you add to it the stimulative impact of lower mortgage rates, we should see an uptick in activity.”

However, the rate cut may also spur Canadians, who have been criticized previously by the Bank of Canada for holding record levels of debt, to borrow more money.

“Certainly this isn’t going to discourage anyone from taking on debt,” Shenfeld said.

“But I think in the Bank of Canada’s eyes right now, it’s a lesser of two evils. They’ve shown discomfort with the amount of borrowing Canadians have done, but the economy right now can’t afford to shut the tap off on that if we’re not getting the lift to growth from the energy sector.”

“I think it’s inevitable that you’re going to see a pullback in sales and a softening in price growth in real estate in oil-rich provinces because, at the end of the day, income growth in those provinces is going to be a lot less,” Alexander said.

“It is an economic shock, and real estate markets do reflect local economic conditions.”

In its latest report, Royal LePage predicted home prices in Calgary would grow by 2.4 per cent this year – a slowdown from the 5.5 per cent jump they made last year.

Meanwhile, older Canadians who rely on interest-bearing investments for their income could find themselves squeezed as a result of the central bank’s policy change.

“It will push them into looking at alternative investments that can generate a bit more yield than a straight GIC,” Shenfeld said.