The scariest chart on Toronto condo construction ever 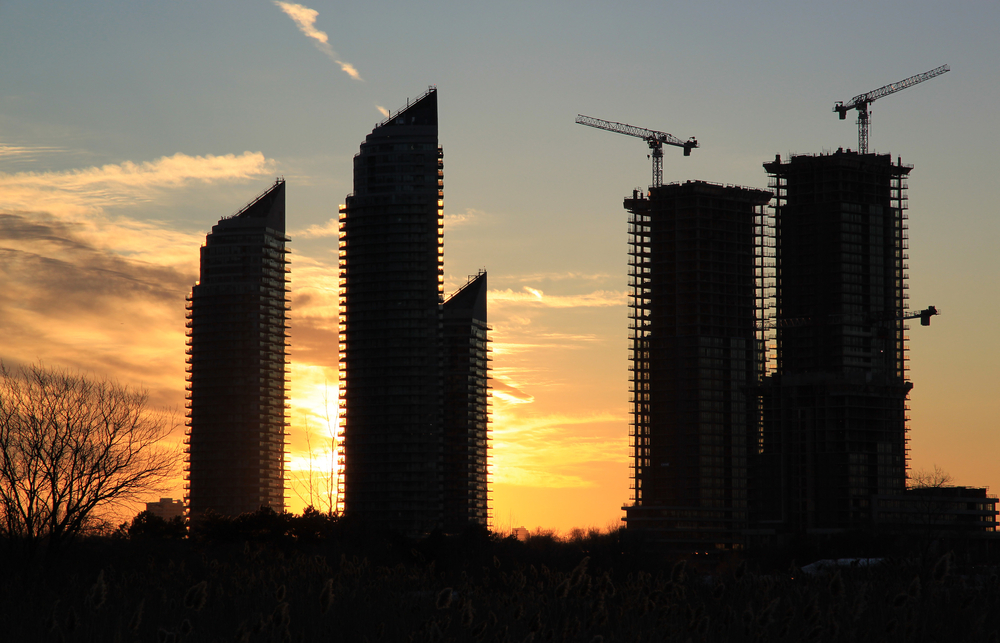 It’s not just the lofty valuations that have many observers worried about Canada’s housing market—it’s the level of construction that also raises eyebrows.

Nowhere are concerns about overbuilding more prevalent than in Toronto, the nation’s largest city. Housing starts came in well above economists’ expectations in April, driven by a surge in multi-family starts in—you guessed it—Toronto, where developers broke ground on nearly three times as many high-rise units than they had in March.

Allegations of overbuilding haven’t just been bandied about by housing doomsayers and foreigners with little understanding of the dynamics affecting the market.

TD economists Diana Petramala and Derek Burleton have written that “in the new condo market, supply has been outstripping demand.” Economists at Scotiabank estimate that in Toronto, about 100,000 multi-family units are in the pipeline.  In the winter edition of the Bank of Canada’s Financial System Review, the Governing Council noted that “the number of unsold high-rise units under construction has remained at elevated levels,” and that “if the upcoming supply of units is not absorbed by demand as units are completed over the next few years, there is a risk of a correction in prices and construction activity.”

The Bank of Canada’s July Monetary Policy Report provided what has become our favourite chart, which shows how much the current level of units under construction across the nation deviates from the historical average.

We’ve recreated a version of said chart to focus squarely on the Greater Toronto Area, the place where developers have earned a rebuke from Canada’s central bankers. As of April, the number of condominiums under construction is well over 500 deviations above its historical average and sitting at an all-time high:

Note: while the original chart is adjusted for the population aged 25 and above, data constraints make the 15 and above age category the most palatable alternative in this instance.

Of course, bears calling for a correction have been forced to watch, slack-jawed, as home prices—including those of condominiums in the city of Toronto—march higher and higher.

That’s in part because there are good reasons for the level of high-rise construction to be above its historical norm. This period of robust activity was preceded by a lengthy stretch of underbuilding, construction times are longer, household sizes have decreased, individual units are smaller, and condos have replaced single-family construction to a certain degree as part of a shift towards density and preference for urban living.

But do these explain the extent to which the number of soon-to-be-completed condominiums deviates from the historical norm?

Developers certainly hope so. But that’s for the reader—and the marginal high-rise buyer—to decide.