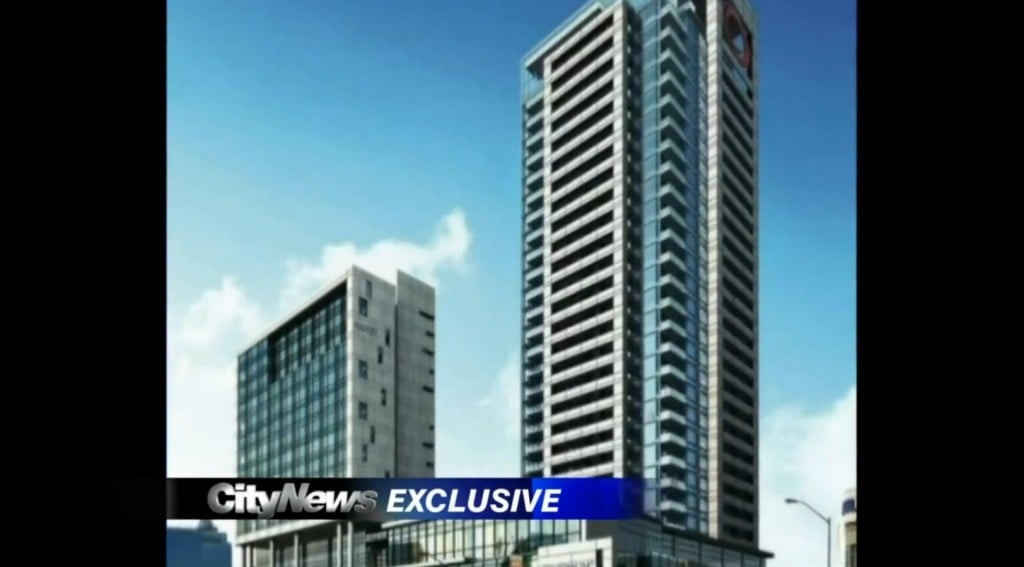 With Toronto’s condo market still running on a full boil, it was only a matter of time before some unlucky buyers got burned.

CityNews reported Friday that Centrust, the developer behind a proposed hotel and condo project north of Toronto’s busy Highway 401, has allegedly skipped town with roughly $12 million in buyers’ cash. The story is still unravelling, but it appears the units first went up for sale in 2010, and Centrust later filed for bankruptcy without telling any of the purchasers. Now the company’s principals can’t be located, with some speculating they’ve left for Korea. All that remains is an empty lot and a bunch of angry people.

While real estate deposits are typically held in a trust account, at least one of the developer’s lawyers has also filed for bankruptcy. Police are investigating, although it’s unlikely the buyers will get their money back—at least not all of it. Buyers put down anywhere from $20,000 for condo units (the maximum covered by Ontario’s new home warranty corporation, Tarion) to $600,000 for commercial space.

The debacle should be a red flag for anyone eager to jump into the frothy condo market in cities like Vancouver, Calgary and Toronto, where gleaming new projects with tantalizing amenities—juice bars, splash pools—seem to pop up every week. All that money sloshing around is bound to attract inexperienced and, possibly, unscrupulous operators, with many experts saying the industry largely remains a “wild west” in Ontario when it comes to regulation.

For a glimpse of how a seemingly run-of-the-mill condo project went so wildly off the rails, check out the Centrust discussion on the UrbanToronto forum. Keep in mind that it’s full of speculation and allegations that may not be true. Still, here’s a sampling of posts that appear to shed light on the tale.

Back in 2009, it was mostly a discussion of unit layouts and how the price stacked up to other nearby projects. A post by someone going by the name MadMax was typical:

“What I like about this condo is that the one bedroom and den has two bathrooms and some are full baths so you get a shower and a bathtub. The price of this condo is set at the same price as the resale condos around the area. I find that really attractive.”

However, others were already warning people to tread carefully because Centrust had no track record. Another poster, Solaris, wrote:

“…the builder for this project is Centrust Development, which sounds like yet another unknown ‘one project’ developer … so purchasers in this project should be aware of the risks involved (although the regular consumers don’t look into these things and only complain later).

By the following year, before the units had gone on sale to the public, some were already worrying about the developer living up to its promises. PinkLady wrote:

“I was called to sign the Agreement of Purchase of Sales, the price is 15% higher than the ICA [a document the developer called the ‘Investor Commitment Agreement] I signed.”

And by 2014, it’s become clear there’s not only no condo project, but the developer seemed to have gone missing, too. A poster named ezyt wrote:

“This is very frustrating. I went to “Centrust Group” office (address: 1125 Finch Avenue West) and there is no office; they have supposedly left the location months ago and nobody can get a hold of them.”