When manias subside, there is always Pitbull 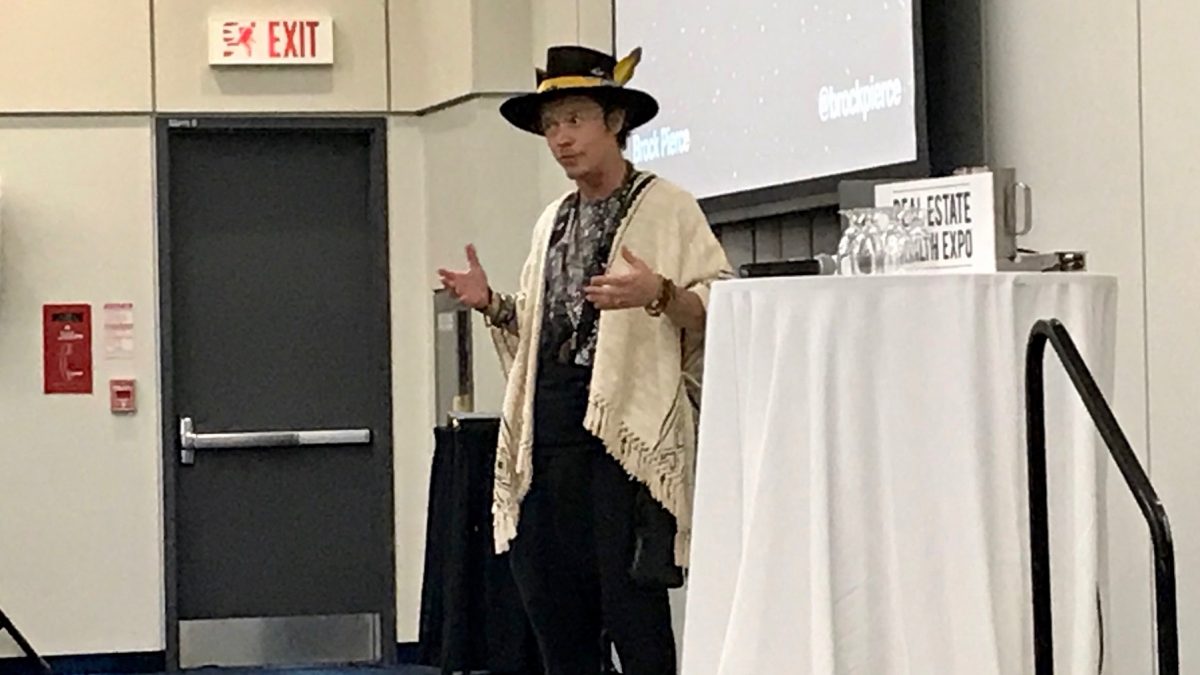 It has to be easier when markets are in a manic phase to pitch a big room of potential investors on sinking money into real estate, cryptocurrencies or cannabis stocks. But the recent turn in market fortunes wasn’t enough to dampen the sales hype at Saturday’s Real Estate and Bitcoin Wealth Expo in Toronto.

Speaker after speaker delivered a message of hope to attendees that if anything down markets just presented an even better time to buy. You can earn an easy $5,000 to $10,000 (extra) a month! Naysayers are just being negative, and you don’t need negativity in your life. And again, if we need to discuss declines in the real estate, Bitcoin and marijuana stock markets at all, just remember a market correction creates opportunities.

READ: When Toronto officially lost its mind over real estate

And yet, with the real estate market rolling over and cryptocurrencies down sharply, there were some signs of doubt on the other side of the stage. After one presenter, a former child actor and “crypto genius” wrapped up his presentation, a member of the audience stepped up with a question. The attendee owned cryptocurrencies himself and was on board with the presenter’s central message — that the decentralized digital money was poised to change the world just like the internet did in the ‘90s. But something was bothering him.

Despite all the hype, Bitcoin — the original and most popular cryptocurrency — had lost almost two-thirds of its value since its peak price of about $25,000 in December. “I don’t believe what the media says,” the attendee said. “But there has been a decline. Should we be concerned?”

Wearing a poncho and a hat with playing cards tucked into one side and a feather tucked into the other, Brock Pierce, the former child actor and cryptocurrency speaker, counselled the man to do his research. Expect volatility and avoid investing out of fear of missing out, Pierce said: “Just understand these are all speculative.”

READ: Is this a crash in the making?

That sober advice was at odds with the overall message of the Expo, however. At a morning session, real estate investor Brian Allen encouraged conference-goers to shell out an additional $2,997 for his three-day real estate investing course. Allen’s pitch? “Everyone’s heard of the crappy part of 2007 and 2008, everyone lost their homes. But the people who knew what they were doing sat back and waited. Were you scared the first time you went swimming? The first time you rode a bike? Every single one of you has done something you’re scared of. And how much money has it made you?

Sessions on Bitcoin and marijuana investing were new additions to the Real Estate Wealth Expo, an embrace of additional  manias at the massive annual event that has been encouraging people in cities across North America to develop “millionaire mindsets” since the early ‘00s. This time last year, it might have appeared easier to make a killing on real estate: Toronto’s market was hitting was its peak with prices up more than 30 per cent over the same time the previous year.

READ: In Vancouver real estate, a shack costs $7 million. Here’s what you could buy elsewhere.

Since then, a tax on foreign buyers in the Greater Golden Horseshoe region surrounding Toronto, higher interest rates and stricter mortgage lending rules have led to slower price growth and a drop in sales. Hence, the Real Estate Wealth Expo did to its pitch what smart investors do to their portfolios to protect themselves during tough times: It diversified. This year’s expo featured sessions on Bitcoin mining, e-commerce, podcasting and the cannabis business. Bitcoin’s massive drop in value and the fact an index of Canada’s biggest marijuana stocks is down by about 40 per cent since January didn’t stop people from lining up for limited seats. And, oh yeah, there was also a concert by rapper Pitbull. And there was Sylvester Stallone.

Cryptocurrency speakers at the expo generally focused on the potential of the technology itself, as opposed to the opportunity to get rich quick. They didn’t have much to say about the risks of investing in the sector either, however. Talk of initial coin offerings highlighted their potential to disrupt the financing role of the venture capital industry. But they tended to leave out the part about how 46 per cent of the ones that launched in 2017 have already crashed and burned.

READ: How Doug Ford’s tax plan could bring back a housing bubble

Janet Francis, 49, said she came to the conference curious to learn more about cryptocurrencies, but decided they were too risky for her after attending a session. “I’m not a techie,” she said.

Mark Gould, the 48-year-old owner of a limousine service and some rental properties in Windsor, Ont., said he bought a pass to the expo on Groupon in the hopes of being entertained and learning something useful. He said his scepticism meter was on high alert, however. “In this one particular class (the presenter) was talking a lot of nonsense. I think everyone in that room was just shaking their heads.”

Ben Rabidoux, who runs housing market research firm North Cove Advisors and attended the expo out of personal interest, said not everyone was thinking so critically. He said he attended a session where participants lined up to sign up to pay $25 a month for a stock screening database that’s available for free at almost any online brokerage.

“What’s amazing to me is that there are actually people who seem to think they’re getting real advice and not just a sales pitch,” he said. “There really is a sucker born every minute.”

Expo presenters discouraged this type of downbeat thinking. In the mid afternoon, Pitbull, otherwise known as Armando Christian Pérez, took the stage and exhorted attendees to “turn a negative into a positive” and see obstacles as opportunities. After a motivational speech, he changed into a leather jacket and performed his hit songs lit by pyrotechnic flames.  It’s impossible to know how many of the people packing the cavernous conference room were there to get inspired about real estate, Bitcoin and marijuana investing. And how many were there because it was a cheap way to catch a hip hop concert.