Why Canada isn't immune to a U.S.-style housing crash 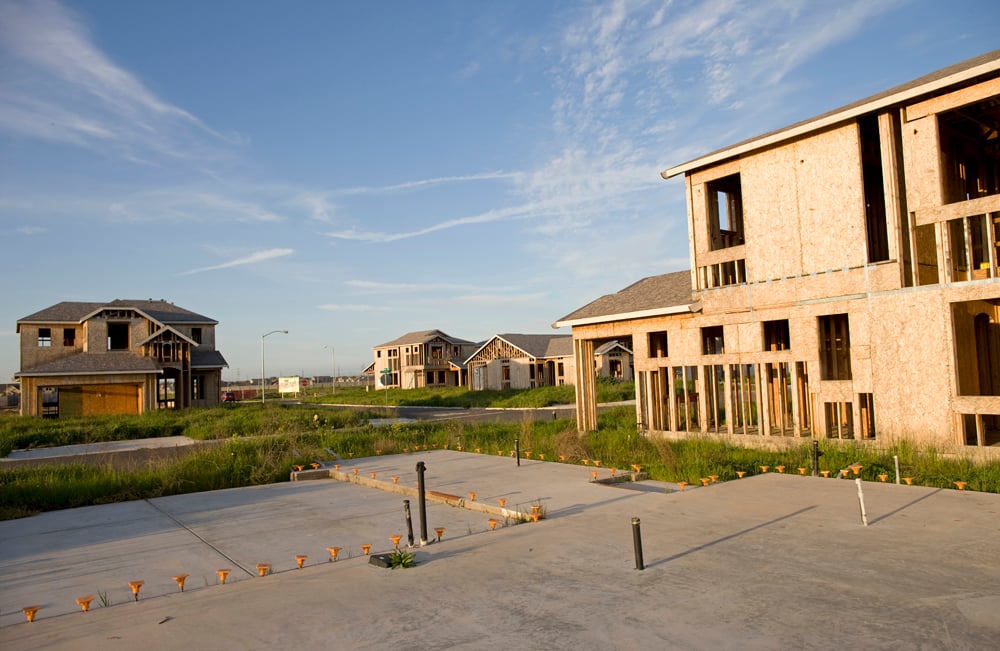 Skeletons of abandoned housing developments in California in 2009

Investors should stay away from the Canadian housing market, warns a new report from Chicago-based investment firm Morningstar. A house price correction is “inevitable” within the next five years and could send house prices falling as much as 30 per cent.

The report’s author, equity analyst Dan Werner, also takes aim at some of the more popular arguments on this side of the border for why Canada’s housing market is fundamentally different from the U.S. housing bubble. “Many investors believe that financial crises are things that happen to other people in other countries at other times; crises do not happen to us, here and now,” he writes. “History has shown, time and again, that ‘this time’ is not different. We believe the same is true for the future of Canadian residential real estate.”

Skeptical? Here are some of the myths Werner debunks for why Canada isn’t immune to a U.S.-style housing crash:

Myth: Canadian buyers are more cautious than Americans because U.S. laws prevent banks from seizing homebuyers’ assets, such their savings and cars, if they default on their mortgages (otherwise known as non-recourse lending.) Outside of Alberta, Canada doesn’t have such laws, meaning homeowners can’t simply walk away from their mortgages.

This has been a popular theory for what helped cause the housing crash south of the border. But it’s wrong. Roughly 80 per cent of U.S. states actually do have laws that allow banks to confiscate the assets of defaulting borrowers. They include Florida and Arizona, two states particularly hard hit by the housing bust. But, Werner writes, such laws don’t mean much, since people who default on their mortgages don’t typically have many assets for banks to seize, other than their house. “Short of reinstituting vagrant prisons, the implementation of recourse does not have a meaningful impact upon bank losses when a housing bubble bursts.”

Myth: Americans took on riskier mortgages because they could deduct their mortgage interest from their income taxes while Canadians don’t have that option.

Typically, only 20 per cent of American homeowners actually take the mortgage-interest deduction. Those that do tend to be wealthier, since they’re the ones who pay the most income taxes. Among households earning less than $50,000 a year fewer than 10 per cent deduct their mortgage interest and they save an average of just $120 in taxes.

Myth: Canadians put down bigger down payments and have more equity in their homes than Americans did before the housing crash.

The average Canadian homeowner has a mortgage worth 45 per cent of the value of their home, meaning they have 55 per cent equity. It seems like a lot, but 55 per cent home equity is exactly where the U.S. average was in 2005. At the same time, 23 per cent of Canadian mortgages have a loan-to-value ratio above 80 per cent, which means those borrowers have less than 20 per cent equity in their homes. The U.S. looked nearly identical at the height of the bubble: 22 per cent of mortgages had loan-to-value ratios above 80 per cent.

RSPs have become a major source of cash for down payments for first-time homebuyers. More than 2.5 million Canadians have cashed in their RSPs to buy a house. But in recent years nearly a quarter of them have had trouble paying back the money, Werner writes. They’ve either missed the deadline to repay or aren’t paying the required annual minimums. That’s money that gets taxed as income, hitting cash-strapped homeowners with an extra financial penalty. It’s also evidence, Werner writes, that sizable shares of homebuyers are struggling to pay down their debt.

RELATED: Who said it? Take the Canada-U.S. housing bubble quiz

There are an average of 1.8 people immigrating to Canada for every house built. But the typical Canadian household has 2.5 people. This year Werner says we’re on track to build around 20,000 more houses than we’ll need — and, he writes, we’ve been overbuilding now for more than a decade.

Myth: The Canadian government has been steadily tightening the rules for mortgages: requiring higher down payments, shorter amortization periods, heftier insurance premiums and more proof of income. This will ensure a “soft landing” for the housing market.

Canada is among a number of countries, including Israel and Norway, that have dramatically tightened requirements for new mortgages since 2008. None of that has done anything to cool the housing markets in those countries. Why? As long as mortgage interest rates keep going down, governments are powerless to put the brakes on house-price growth. “For banks, it is easier to find a way around firmer regulation than it is to evade higher interest rates.”

The report calculates that even a “modest” 20 per cent drop in house prices could trigger as much as $12 billion in CMHC’s default insurance claims – or 75 per cent of the agency’s $16-billion capitals reserves —if the correction causes widespread defaults.

Over the past 30 years Canadian homeowners have indeed had a pretty good shot at seeing their interest rate go down every time they renewed a five-year mortgage. Some might be tempted to think that a declining interest rate is the norm. But in fact, Werner argues, over the long-term it’s extraordinarily rare: “Getting a lower mortgage rate five times in a row is essentially the same as flipping a coin and getting heads five times in a row—a statistical probability of two per cent,” he writes. Chances you’ll flip a coin for a sixth time and come up with a lower mortgage rate? About one per cent.

In fact, Werner predicts that over the next five years mortgage rates will return to their historic averages of around five per cent, up from the three per cent that’s typical today. In that case, he calculates that housing costs could easily consume 75 per cent of the average Canadian household’s take-home pay.

Think this time it’s different? Think again. Or take our quiz to see if you can guess which quote about the housing market came from an official in the U.S. in 2006 or Canada in 2014.