Stock markets extend decline with another day of losses 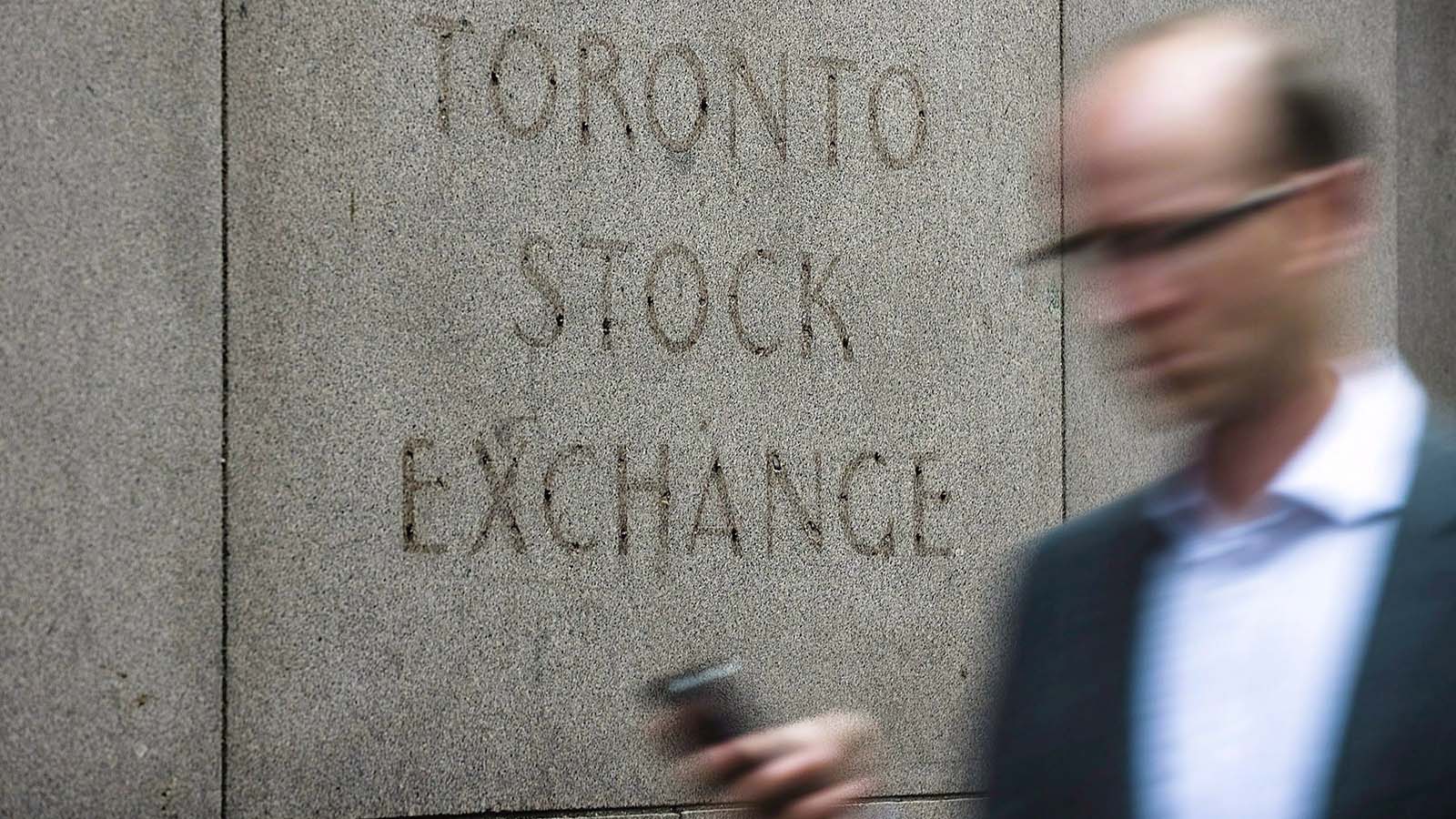 A man walks past a building in Toronto that used to house the Toronto Stock Exchange on August 18 2011. The Toronto stock market looked to open slightly higher as traders digest the latest data on U.S. retail sales and consumer sentiment. (Aaron Vincent Elkaim/CP)

TORONTO – Hopes for a reprieve on North American stock markets were dashed Friday in another dismal session that capped off a turbulent start to the year.

Toronto’s S&P/TSX composite index was down 2.76 points at 12,445.45, a relatively flat close that marked the eighth consecutive day of declines that left it more than 20 per cent below its all-time high set in September 2014. A drop of that magnitude is generally considered to signal a bear market.

The TSX has lost 4.3 per cent of its value since the start of the week and the beginning of 2016 — with a precipitous drop in key commodities like oil and gold making the biggest dent.

Wall Street declines were even steeper on Friday as U.S. markets wrapped up their worst week since 2011.

A lot has happened since traders ushered in the new year with hopes of moving past 2015, which was accented by falling oil prices and a sour outlook for Canada’s economy.

But optimism quickly evaporated when China’s new circuit breaker kicked in early Monday after the Shanghai index plunged seven per cent. While the mechanism was intended to avert further falls, it also appeared to send global stock markets into a panic as traders shifted their positions in anticipation of other surprises.

Matters only worsened by Thursday when a surprise move by China’s central bank to adjust its currency rate did little to calm fears, and the market dropped again, causing the local regulator to suspend the circuit breaker.

China’s main indexes finally moved higher on Friday, though it didn’t seem to be enough to resurrect positivity in North America.

In the latest sign of a strengthening American economy, the U.S. Labor Department reported Friday that employers added 292,000 jobs in December, far more than analysts forecast. Canada added about 22,800 jobs in December, though that was fuelled by part-time work.

On the TSX, the energy sector inched up 0.2 per cent, even as the February crude contract lost 11 cents to US$33.16 a barrel — settling down more than 10 per cent on the week.

“We’re trying to find a base in oil prices — where that base is, I don’t think anyone really knows,” said Headland.

“When you start seeing pressure at corporations, in terms of more defaults and more M&A (mergers and acquisitions) activity … when you see companies trying to hold on for dear life, and that’s when you start to see the bottoming of oil prices in North America.”

The natural gas contract for February rose nine cents to US$2.47 per mmBtu.