The trouble with anti-boondoggle laws

In Nova Scotia the Progressive Conservatives have promised a “No Boondoggle Guarantee.” Voters might like the idea, but an anti-boondoggle law is unlikely to change much. 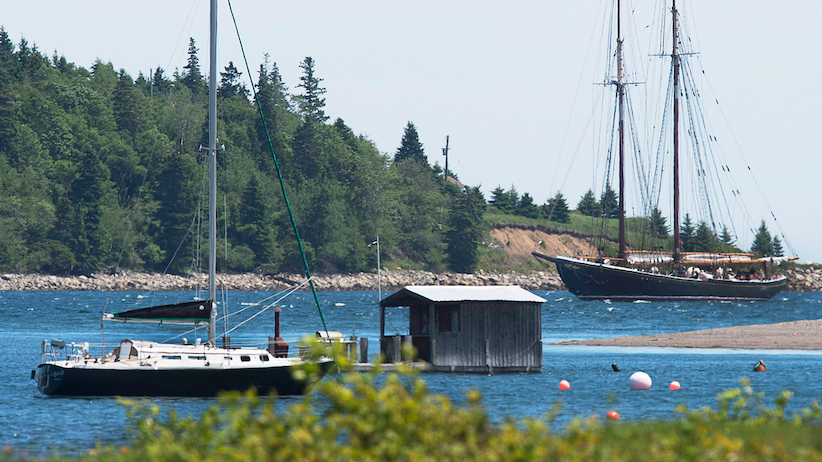 Canada’s first boondoggle—or at least the first reported on by this magazine—involved a national anniversary, a small town on the prairies, and 33 burning wooden outhouses. The place was Bowsman, Man., and the privies were set ablaze on New Year’s Eve 1966 because a new sewage plant, built with funds from the federal government’s Centennial Commission, had just opened. A year previous, the initiative had been declared a worthy cause by Maclean’s. “To some humorists this sounds like the Great Centennial Boondoggle,” the editorial page noted. But no anniversary project “would do as much to give Canada’s second century a clean start as a nationwide crash program for clean water.”

Since then, Canada has seen a veritable boondoggle boom. Montreal managed two massive ones in just the 1970s—the 1976 Summer Olympics, which were budgeted at $120 million during the bidding process but left the city with a $1.6 billion debt, and Mirabel airport, which was more famously used as a set for The Terminal starring Tom Hanks than the international travel hub it was planned to be. Newfoundland and Labrador has seen a few too, such as the $250 million effort to raise chickens on the island in the 1990s and the ongoing Muskrat Falls hydroelectric project which, after overruns, is projected to cost $11.4 billion against a budget of $7.4 billion. On the other coast, British Columbia sold off its infamous fast ferries for $19 million after spendin $450 million to build them. Meanwhile in Ottawa the “billion-dollar boondoggle” scandal at Human Resources Development Canada consumed federal politics for many months in 2000.

At some point every province and level of government has experienced a scandal that caused critics to invoke the “b” word. It’s been tagged to infrastructure projects with ballooning bills and procurement programs run amok. Opposition politicians are particularly fond of the label, applying it with glee when an incumbent administration’s pet project bursts its budget or spending can be spun into a conflict-of-interest scandal. In the public imagination, it’s become a byword for government excess and inefficiency. Being anti-overruns is an easy plank for an electoral platform—what voter would tick the box beside “Spend my tax dollars carelessly”?

So it’s not really a surprise that in this year’s Nova Scotia election, the Jaimie Baillie-led Progressive Conservative platform included a “No Boondoggle Guarantee.” It’s promise: an automatic, publicly-available internal audit “when a project goes more than 10 per cent over budget.” The party did not set a total cost threshold for undertakings that would be covered under the policy, but “it would apply to large infrastructure type projects,” spokesperson Jenni Edge said via email. She cited as examples the rebuilding of the Bluenose II schooner, which had racked up bills of $23.8 million by March 2016 against a projected budget of $14.4 million, and the Bridgetown school, which cost $3.3 million instead of the estimated $1.3 million.

But it’s not clear that anti-boondoggle policies actually solve the problem of government initiatives running way over budget. They rely on the benefit of hindsight to spot a troubled initiative, but the problems that turn a project or procurement program into a money pit often begin long before the first shovel is in the ground. Politicians themselves often play a role in creating them, promising to deliver projects and programs cheaply and quickly in the belief that their superior management and ethics will allow them to succeed where their opponents failed. Then, inevitably, one of their undertakings spirals out of control and they’re the ones being labelled boondogglers.

Boondoggle as a shorthand for government waste certainly predates that Manitoba sewage plant in the 1960s. Originally the name for a braided leather ornament worn by Boy Scouts, “boondoggle” was first associated with government frittering away money in 1935. Some of New York City’s New Deal funds were found to have been used on recreation and lessons for the unemployed, including how to plait such cords, and the New York Times ran a story on the program under the headline “$3,187,000 relief is spent to teach jobless to play” followed by “‘boon doggles’ made.” Over time, the term became a catch-all for squandered money, make-work projects and graft.

With their proposed anti-boondoggle law the Nova Scotia PCs say they hope to “nip a problem in the bud before projects get out of control,” Edge wrote. While auditing projects and programs when costs outstrip projections might be a popular idea with voters—and even sound policy—it won’t do much to head off potential boondoggles. For one thing, says Dr. Matti Siemiatycki, an associate professor at the University of Toronto’s geography and planning department, “once projects are in the ground and construction has started, it’s infrequent that they’re stopped, and it’s hard to correct course without huge expense. The problem needs to be addressed earlier on.”

It’s also true that politicians and interest groups have a tendency to lowball  a project’s cost and hype up its benefits to win approval. “Oftentimes the seeds of a cost overrun are sowed” at the stage when a project is initially dreamed up, says Siemiatycki. “They’re actually quite political rather than just technical,” he points out.

Asked whether the PC’s “No Boondoggle Guarantee” will include specific provisions around planning, conception and tendering, Edge wrote that “the hope is that projects are properly planned, conceived and tendered beforehand,” and that “the policy consists of [an] audit which will lead to increased accountability.”

If a government were to institute mandatory audits anytime projects ran over budget by 10 per cent, they’d soon find themselves very busy, at least when it comes to large-scale infrastructure. A study by Danish researcher Bent Flyvbjerg found that 90 per cent of $100 million-plus transport-related undertakings he studied cost more than forecast, with an average overrun of 28 per cent. Flyvbjerg has conducted similar research on IT projects (27 per cent average overrun), hydro dams (90 per cent). A project may verge into boondoggle territory for any number of reasons. For one thing, Siemiatycki points to “optimism biases” which “lead to us underestimating the costs and overestimating our own abilities to deliver.” He also uses the analogy of a home renovation. “You don’t know what’s in the walls until you open them, and then you find things that you weren’t expecting,” he says. “Or the contractor comes back to you and says, ‘The prices have gone up for this material.’” The resulting modification or higher input costs can drive up the final bill considerably—and that’s especially so when the customer is a public sector entity.

Whether its infrastructure projects or government program spending, the perception of widespread waste is also not entirely fair, according to Frank Brunetta, who served as the federal government’s Procurement Ombudsman from January 2011 to December 2015 and is now a private consultant. “What seems to make headlines are the outliers, the things that don’t go well,” he says. Some 400,000 federal contracts worth a collective $20 billion are issued each year, he notes, and few generate scandal. “There’s a public thirst for that sort of thing because it feeds the perception that government is poorly run.”

Siemiatycki says there’s a need to collect better data on what causes cost overruns, and then use that to design accountability mechanisms to improve decision-making. “There’s all sorts of peer-review models that review plans [to] try and screen out some of the optimism biases and even some of the political factors,” he notes. Transferring the risk of exceeding budgets away from the government via public-private partnerships is also an option.

There’s another thing a boondoggle-fighting politician should keep in mind, and that’s boondoggle inflation. These days, “people talk in the billions—that is now the benchmark number that really starts to grab people’s attention when we talk about infrastructure,” says Siemiatycki. That’s not to say that the millions of dollars in cost overruns on the Bluenose II or other smaller examples of budget slippage aren’t worth confronting. But it might be time to reassess the scale of project to which we apply “boondoggle.” After all, the Centennial Commission whose grant led the “humorists” to label Bowman’s loo system as such had a total budget of $25 million.