Long treated as a key economic indicator by many, it is now completely detached from how the economy is actually doing. (Which is badly.) 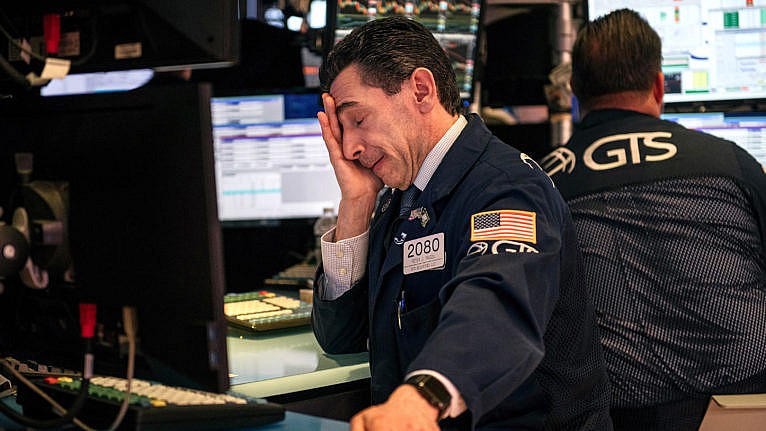 While America’s COVID-19 body count continued to grind higher in October, and the U.S. flashed further warning signs that all is seriously not well with the world’s largest economy, President Donald Trump returned time and again to a favourite topic in his bid for re-election: the stock market.

“Look at our stock market,” he boasted to a Michigan crowd. “Our stock market’s just about at an all-time high,” he echoed himself at a later event in Wisconsin. And bemoaning the lack of credit Trump claims he deserves for the stock market surge since March, he urged his Twitter followers to “Remember, ‘It’s the economy stupid.’ ”

Few have done more than Trump to link the stock market and the economy in the popular imagination in recent years. In the minds of many it is only logical that markets reflect the underlying state of the economy. After all, every gyration in markets has long been dutifully linked to some real-world data point by the financial press—“stocks climb on jobs report” or “markets slip as trade data disappoints,” the reports go.

Yet the robust recovery in stock markets in the U.S., Canada and around the world in the wake of March’s epic crash, even as vast swaths of the economy are in tatters, has created an unsettling and unprecedented disconnect. Put simply, the stock market, after decades of being treated as a key economic indicator by many, appears completely detached from our grim economic reality.

Since late March the S&P 500, the main U.S. market benchmark, has soared 51 per cent, while the S&P/TSX composite index, its Canadian counterpart, is up nearly 40 per cent, both near their record highs. Over the same period economies have only partially clawed their way out of the COVID canyon. America has added back 11.4 million jobs, but another nearly 11 million people are still out of work. Canada has fared better in its employment recovery, but 720,000 people were still out of work as of September, nearly double the jobs wiped out during the worst days of the Great Recession a decade ago. Nor is the outlook likely to improve, with a second wave of COVID-19 sweeping much of the world and threatening restrictions on economic activity.

Economists have long cautioned against conflating stock markets and the economy. But this particular divergence has several unique characteristics that have propelled stocks into the stratosphere.

For one, the market crash in February that saw stocks erase four years of gains was driven by the deep fear of not knowing how severe COVID was going to be in terms of morbidity. “It turned out to not be the worst-case scenario,” says Felix Narhi, chief investment officer at PenderFund Capital Management. “All these things are more knowable now. COVID is more contagious than SARS [the virus behind the 2003 outbreak] but it’s not as deadly.”

At the same time, while small businesses have been decimated by pandemic restrictions, tech firms have been major beneficiaries, so while the “real economy” might be struggling, the tech giants that account for a large share of U.S. indexes are coming out ahead. (It also explains why Canada’s more resource-heavy, tech-light TSX has not risen quite as fast as the S&P 500.)

Perhaps more telling than anything, though, was the unprecedented rush by central banks to slash rates and flood markets with liquidity, while governments moved just as briskly to pump cash into households. “The [U.S. Federal Reserve] was not just buyer of last resort, they were buying large amounts of high-quality securities with unlimited firepower,” says Narhi. “There’s never been anything like this. The animal instincts take over and people figure there’s no downside.”

Of course, that’s a risky sentiment in any market rally, let alone one occurring at a time of widespread suffering that has the potential to spark a populist backlash. As Harvard University economics professor Kenneth Rogoff wrote in October as the disconnect widened, “Until lofty stock-market valuations are underpinned by a broad-based recovery in both health and economic outcomes, investors should not get too comfortable with their outsize pandemic profits. What goes up can also come down.”