U.S. Chamber of Commerce says 12 states exporting the most to Canada and Mexico in total dollars are all states Trump won 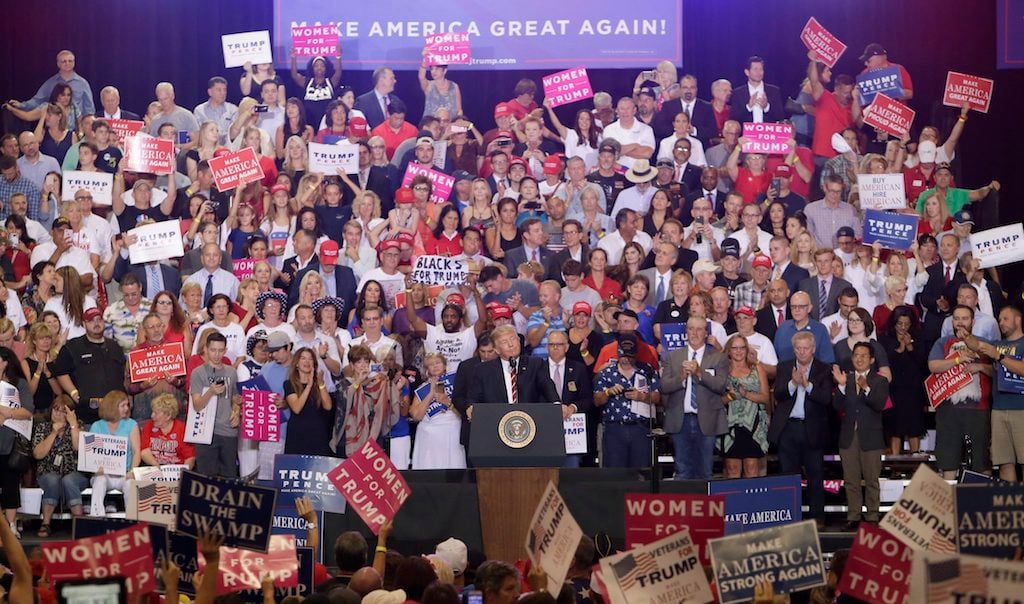 MEXICO CITY – The dozen American states that would feel the worst impact of NAFTA’s cancellation all happened to vote for Donald Trump, according to projections released Friday by the biggest business lobby in the United States.

The U.S. Chamber of Commerce has stepped up its efforts to save the North American Free Trade Agreement amid threats of an American pullout, and its latest release shows the states exporting the most to Canada and Mexico in total dollars, or as a percentage of their overall global exports.

“Withdrawing from the agreement would be a blow for the United States – one that would hit some states particularly hard,” said the release.

“Ironically, those likely to suffer most would be midwestern industrial states, heartland farm states, and border states like Texas and Arizona – nearly all of which voted to elect President Trump.”

The analysis was released Friday as the NAFTA countries gathered for the latest round of talks.

The current round in Mexico City is expected to represent a lull between two peaks of dramatic activity in the negotiations. The countries have now made their demands on key issues, but are likely still months away from revealing their bottom lines.

Officials have played down expectations for this round, which concludes next week.

The lead NAFTA ministers for the three countries aren’t even attending the Mexico round, and Canadian officials suggest there won’t likely be movement on the most controversial issues.

However, Canada and Mexico have suggested one potential area for compromise. They say they’re willing to address a U.S. demand for regular reviews of the agreement, but they don’t want it to include a so-called termination clause.

The Trump administration wants the agreement to lapse after five years unless all three countries agree to extend it. The Canadian and Mexican sides say they’re fine with intermittent status updates on the agreement, but not if it comes with the perennial threat of cancellation.

That’s one of several U.S. demands that shocked observers – not only in Canada and Mexico, but numerous American lawmakers, and also the business community. Several dozen U.S. lawmakers wrote to the administration this week expressing concern.

And the Chamber of Commerce has begun organizing regular NAFTA events in an effort to save the agreement. The release projecting the states that would be hardest hit by withdrawal from NAFTA began by quoting a recent op-ed in The Wall Street Journal by the Chamber’s president.

“Imagine the scene: The U.S. unemployment rate is climbing. Crops in the heartland are rotting. Manufacturers are moving abroad. Consumer prices are rising,” it begins, quoting president Tom Donohue.