Trump's trade team: Who will negotiate the future of NAFTA 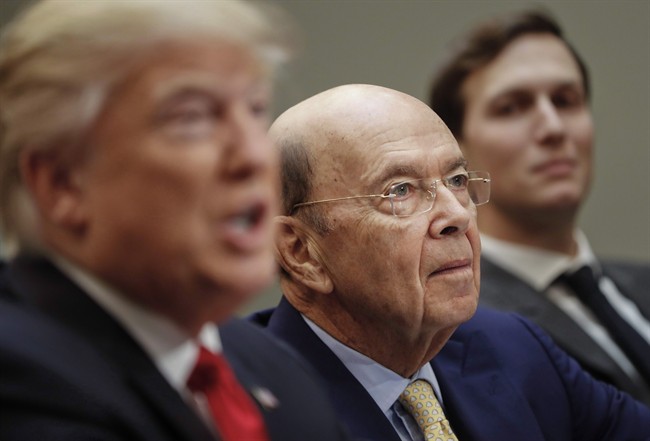 WASHINGTON – Donald Trump promises major changes on U.S. trade policy, including the renegotiation of the North American Free Trade Agreement, which could begin as early as spring. Canadian officials have their eye on key members of the president’s trade team:

Canadians will be dealing with him plenty. The 79-year-old billionaire will be central to NAFTA talks. Ross was seated by Trump’s side last week as he announced plans for a quick renegotiation.

One Canadian who already knows Ross is Leo Gerard. The head of the United Steel Workers union, born in Sudbury, Ont., praises him for saving several U.S. steel mills.

He recalls how Ross bought dying operations in Illinois and Ohio – they were either closed or closing, were in bankruptcy protection, and their former owners stripped them bare, slashing everything including pensions and health coverage.

In 2002, Ross stepped in, and turned things around. He restructured the finances; restored most benefits; and fired about half the managers, Gerard recalls, then hired worker-friendly ones.

He even provided credit cards to some employees.

”He almost said to our members, ‘You guys know more about making steel than I do. So tell me what we need to do to get this place running’.“

One colleague compared Ross to a trauma surgeon: he’ll save your life, but chop off a leg. Gerard rejects that analogy. ”We’d already lost a leg. We were worried about losing the whole body… Wilbur helped us save the whole body.”

Some Canadians preparing for upcoming trade talks speak of Ross in respectful tones. He’s considered more pragmatic than some others on the Trump team. He hasn’t said anything too critical of Canada.

He has proposed adjusting the tax structure to benefit U.S. exporters. And he did tell lawmakers at his confirmation hearing that other countries will need to make some concessions: “I don’t intend to be pushed around.”

But in the policy paper he co-wrote for Trump’s campaign, he barely mentioned Canada. He mentioned Mexico 10 times, China 33 times – and Canada just once, in passing.

”Wilbur knows the difference between Canada and Mexico, to be blunt,“ Gerard said. ”Canada’s not the problem with NAFTA.” 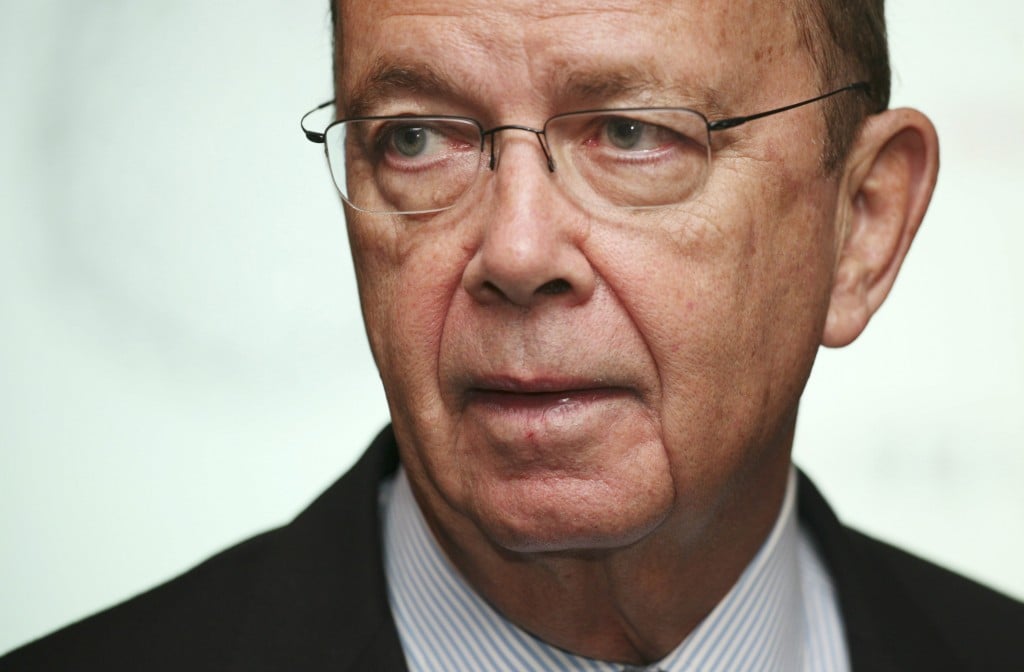 His China documentary features eye-catching images like a dagger stabbing a U.S. map, with blood spurting out of America. The film begins with shoppers thrilled over the Black Friday bargains on electronics. It then moves to hard-hit manufacturing towns, and argues that the cheap imported goods are killing America’s heartland.

Navarro tells viewers to sacrifice some bargains for the greater good: “(When) a consumer walks into a Walmart the first thing they have to do is be aware enough to look for the label,” Navarro says.

“Then when… it says, ‘Made In China,’ I want them to think, ‘Hm, it might either break down, or it could kill me.’ That’s Number One. (Then)… ‘If I buy it, might cost me, or someone in my family, or my friends, their job. Lastly, ‘Hey, if I buy this, that money’s going to go over to help finance what is essentially the most rapid military buildup of a totalitarian regime since, when?’ The ’30s.”

RELATED: What does Trump mean for Canadian taxes?

Navarro has also criticized Germany on two fronts: for allegedly suppressing the Euro, and for using VAT tax export rebates as a back-door subsidy for Volkswagen, BMW and Porsche. “They’re sticking it to us,” he recently told CNBC.

Lighthizer has actually fought China – many times, over many years. He was co-counsel for the U.S. steel industry. That’s between government experiences bookending his career – he worked for Bob Dole in the U.S. Senate and Ronald Reagan as deputy trade representative in the 1970s and ’80s. Now, three decades later, he is entering Trump’s cabinet.

He articulated trade-skeptical views in a 2008 piece for the New York Times titled, “Grand Old Protectionists.” He noted that free trade wasn’t a traditional conservative ideal. Rather, it was a liberal hobby-horse for most of American history, with a shift under the presidency of Dwight Eisenhower.

He explained his former boss, Reagan, negotiated agreements to limit steel and auto imports. Lighthizer was involved in more than a dozen bilateral deals under Reagan. “Modern free traders, on the other hand, embrace their ideal with a passion that makes Robespierre seem prudent. They allow no room for practicality, nuance or flexibility. They embrace unbridled free trade, even as it helps China become a superpower.”

Lighthizer criticized Chinese trade in a presentation to the U.S. Congress in 2010, on the 10th anniversary of China entering the World Trade Organization – an event he bemoaned as limiting U.S. options to stop abusive practices. He said the promised benefits never materialized – China remains undemocratic, it still disregards intellectual-property rights, and kills U.S. jobs.

He proposed a half-dozen actions: Aggressive U.S. lawsuits and use of anti-dumping and countervailing duties; launching currency-manipulation and intellectual-property cases at the WTO; apply emergency restrictions on imports, as allowed by international law; sue over consumer-safety and workplace violations; and threaten to withdraw the U.S. from certain WTO commitments.

His former co-counsel on steel cases shares two thoughts about him.

First, he’s a colourful character: “It will not be dull with Bob Lighthizer. No one’s going to fall asleep in meetings with him,” said Alan Wolff, a trade lawyer at Dentons in Washington. Second, like much of the Trump team, he wants to revive working-class, industrial jobs: “The best way to characterize them is they care deeply about the U.S. industrial base.”

As for what’s in store for Canada, Wolff made a prediction: Many changes in NAFTA will be good for Canada.