However, TransCanada still does not have deal with every landowner in Nebraska on the proposed route 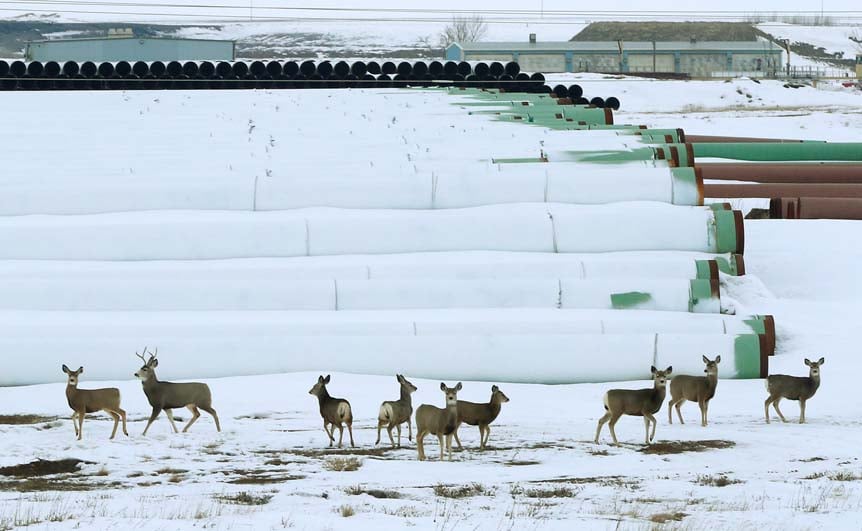 CALGARY – TransCanada says it has received a presidential permit from the U.S. State Department that allows it to move forward on building the long-delayed Keystone XL pipeline.

“This is a significant milestone for the Keystone XL project,” TransCanada CEO Russ Girling said in a statement.

TransCanada still does not have deals with all the landowners in Nebraska on the proposed route and it also lacks a permit in that state.

Protesters also promise they will try to stop the project, which will stretch from Alberta to refineries Texas.

The Calgary-based company said Friday it would continue to work with key stakeholders throughout Nebraska, Montana and South Dakota to obtain the necessary permits and approvals to advance this project to construction.

However, because the pipeline project crosses the Canada-U.S. border, TransCanada also required approvals from the president and U.S. State Department.

But Donald Trump, while campaigning to be president of the United States, said he would reverse Obama’s decision. Trump then signed an executive order in his first week in office that invited TransCanada Corp. to reapply for a permit and promised a decision within 60 days. The 60-day timeline in Trump’s executive order expires Monday.

“We greatly appreciate President Trump’s administration for reviewing and approving this important initiative and we look forward to working with them as we continue to invest in and strengthen North America’s energy infrastructure,” Girling said in Friday’s announcement.

Awarding cross-border pipeline permits is technically the domain of the Secretary of State.

However, in this case, The Associated Press reported Thursday that the decision would come from Undersecretary of State Tom Shannon because his boss, former oil executive Rex Tillerson, has recused himself from the decision.