A surprising side effect of the pandemic is the largest cash hoard in history. Here’s what Canada’s suddenly prolific savers should do with all that money. 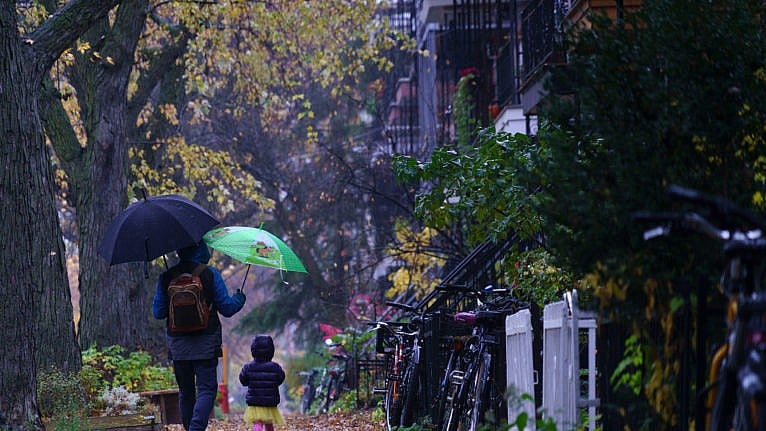 For those with extra cash, rainy-day savings such as an emergency fund, a TFSA or an education fund, like an RESP, can be smart investments (Paul Chiasson/CP)

It’s the ultimate first-world problem: with the economy trapped in the most gruelling crisis in decades, Canadians are sitting on the largest cash hoard in recorded history, thanks to the pandemic-era lockdowns. And they don’t know what to do with it all.

Given the poor track record of Canadian households when it comes to over-borrowing and under-saving in recent years, this wasn’t what anyone was expecting when the COVID-19 pandemic struck. Yet Statistics Canada says the household savings rate hit an all-time high of 27.5 per cent in the second quarter of 2020, before easing to 14.6 per cent in the third quarter, and economists estimate it will be around 13 per cent in the fourth quarter. That compares to an average rate of 1.4 per cent in 2019.

Curbing spending is good for savings accounts, but not so good for the broader economy that relies on consumers to open their wallets, notes Doug Porter, chief economist at BMO Financial Group. “It’s a mixed blessing for sure. You can get too much of a good thing,” says Porter, who believes a savings rate in the mid-single-digit range is a better balance for the financial well-being of Canadians and Canada’s economy.

The savings bubble is staggering in size. Porter calculates that households amassed roughly $150 billion in excess savings in the first three quarters of last year, a figure that will likely rise to $200 billion when the final quarter is tallied. A large chunk of that—at least $90 billion—was due to vast sums of government support made available to households. But the savings glut was also formed out of our inability to go on a real vacation (except for a few rogue politicians) or generally have a good time outside of our own homes for almost a year and counting.

And that has many thinking about what to do with their cash pile.

Financial advisers say the best decision often depends on how much money you have set aside, your debt load and how well you sleep at night with money invested in unpredictable stock markets. 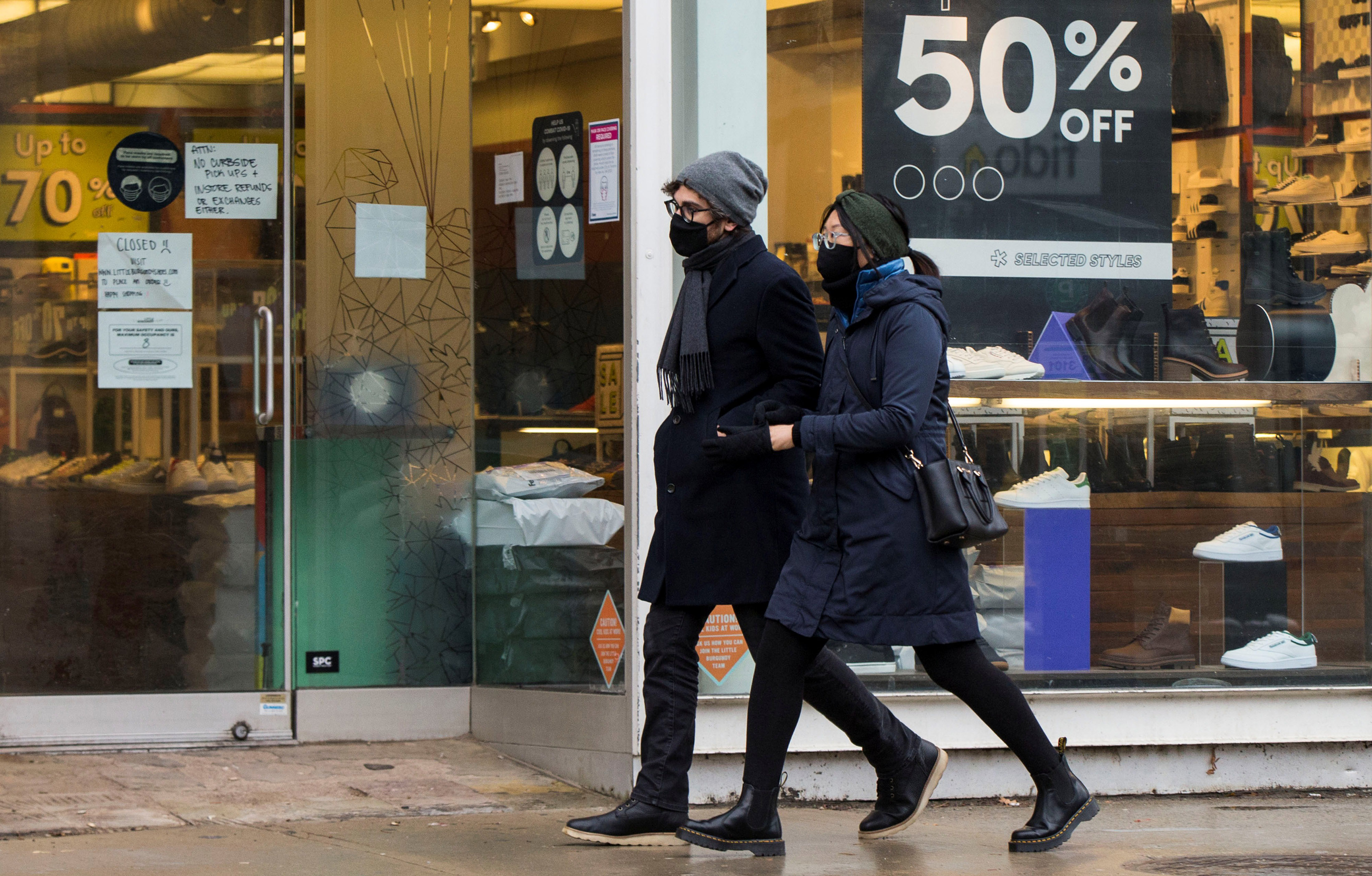 Curbing spending may be good for savings accounts, but it’s not so good for an economy that relies on consumers to open their wallets (Zou Zheng/Xinhua/Getty Images)

Many Canadians have been surprised at how quickly they can save money when forced to stay home for long periods, says Rona Birenbaum, founder and certified financial planner at Caring for Clients, a fee-for-service financial planning firm in Toronto.

“People thought they couldn’t do it,” she says of saving. “It’s not always easy but in the past several months people have become more aware of where their money is really going. They’re getting an opportunity for a reset.”

Birenbaum recommends people use the excess cash to top up their savings, such as an emergency fund, a registered retirement savings plan (RRSP), a registered education savings plan (RESP) or a tax-free savings account (TFSA). The money might even go toward some financial planning, or to update your will or power of attorney, which she says can set you up for “financial resiliency and success.”

“It’s a wonderful opportunity to do some financial housekeeping,” she says.

Dan Bortolotti, portfolio manager at PWL Capital Inc. in Toronto, says some Canadians might want to pad their emergency savings account for peace of mind. “If we learned anything from last year, it’s that if you had an emergency fund, it made your life so much less stressful,” he says. “Having cash in the bank is a warm blanket for people during a crisis.”

The excess cash can also be used to pay down a mortgage, saving you money on interest in the long term. However, Bortolotti says that suggestion is less clear-cut given today’s historically low mortgage rates. “I wouldn’t criticize someone for not making extra mortgage payments if their interest rate is less than two per cent,” he says.

Personal finance expert Preet Banerjee agrees there is “no compelling reason to accelerate mortgage payments,” especially if there are other things you want to do with the money, such as investing in hopes of getting a higher return.

The exception, he says, is “super conservative” investors who are nervous about putting more money in the market. “For them, paying off the mortgage sooner and saving the money might be the best fit.”

For those not too squeamish about putting money into the markets, Bortolotti recommends topping up investment in an RRSP or a TFSA, or both, depending on your income.

If you can only pick one, he says the RRSP is usually best for Canadians making more than $50,000 because of the available tax deduction for making the contribution. “You want to contribute enough to move you down one tax bracket,” he says.

The TFSA is usually better for Canadians already in the lower tax bracket who may not reap the same tax-deduction benefits from an RRSP.

If you’re so flush that you’ve maxed out both the RRSP and TFSA and want to invest in a non-registered account, be strategic, Bortolotti warns: he suggests putting the funds into a diversified portfolio that aligns with your risk tolerance and financial goals.

And please don’t try to time the markets, he says. “The past year was a reminder that whatever you think is going to happen probably isn’t going to unfold the way you thought,” Bortolotti says, citing the market plunge and subsequent rally to record highs. “Avoid trying to see this as an opportunity for you to try to outsmart the markets.”

Banerjee says Canadians could also use the money to invest in living benefits insurance, which includes disability, critical illness and long-term care coverage if you become ill and can’t work and need financial support to cover costs. He says the coverage is particularly important for the growing number of Canadians who do freelance work or are on contracts with no company benefits.

“The single biggest asset most people have, especially when they’re young, is their ability to earn an income for the rest of their career. That’s worth millions of dollars,” Banerjee says. “You need to protect it just as you would protect your home.” 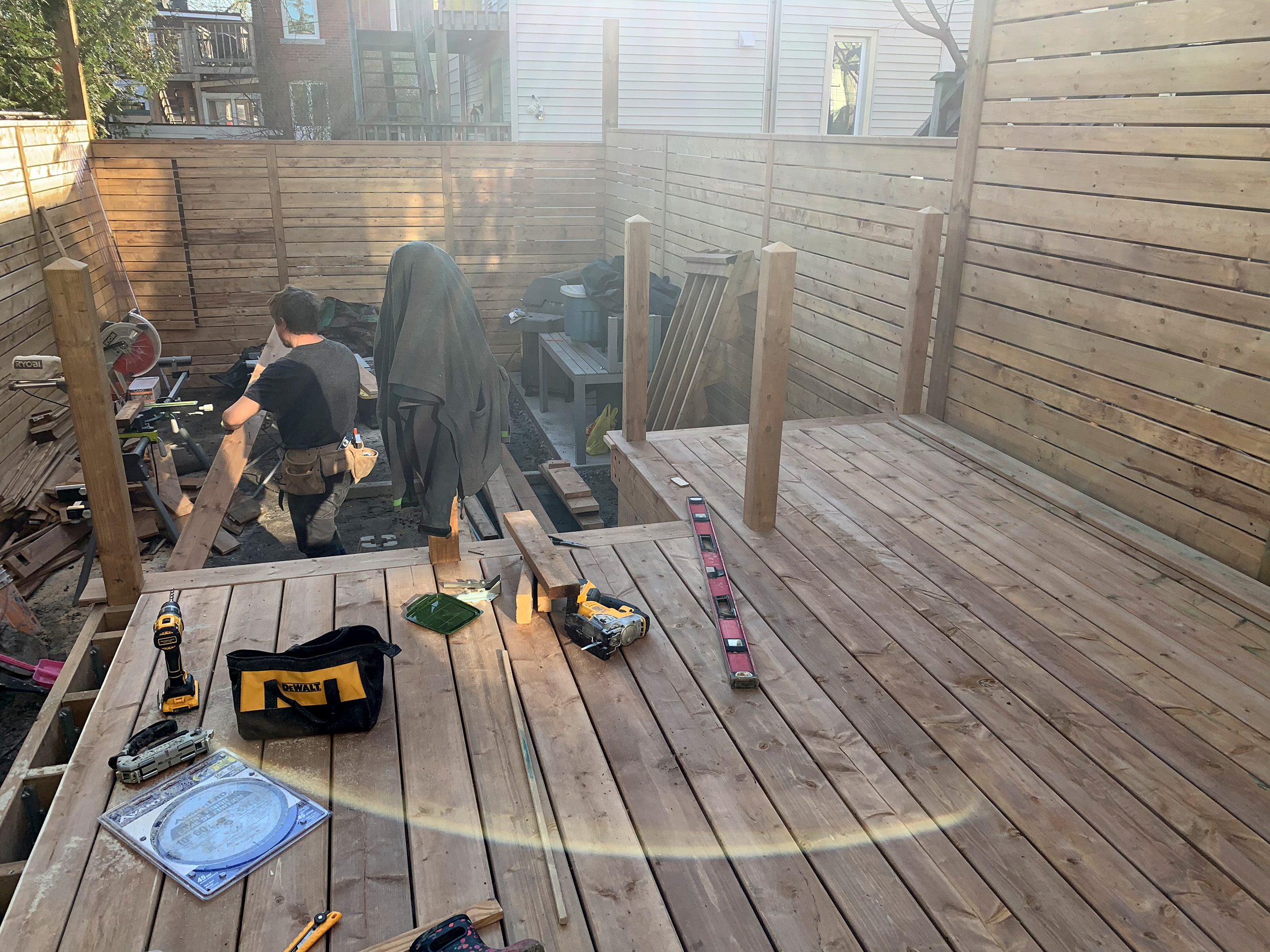 If you can afford to, says one expert, don’t be afraid to splurge a little on extras, like a renovation (Jennifer Roberts)

Not every extra dollar needs to be saved or invested, says Birenbaum, who has many clients using the additional funds to splurge on personal items such as renovating the kitchen or expanding their home gardens—even if they don’t add value to the property.

“These can deliver quality-of-life value that doesn’t have to be rationalized,” she says. “It’s for you, and if you can afford it, I say go for it. I’m in favour of people taking a balanced approach with their savings; don’t deny yourself completely.”

Another way to spend that excess cash—and feel good about it—is to support small businesses or give to charity, says Banerjee.

Of course, if you really want that new smartphone and you can afford it, buy it, he says. “I wouldn’t go crazy, but I think it’s perfectly fine to indulge a little bit, assuming you’re still hitting your long-term savings goals and not going into debt to do it,” Banerjee says.

“It’s okay to have a few guilty pleasures without the guilt. There’s enough in the world to worry about right now.”