What's the point of Vancouver?

Vancouver is having an existential moment, as big businesses wonder where they fit into a city becoming a 'lifestyle bubble' for tourists and the rich 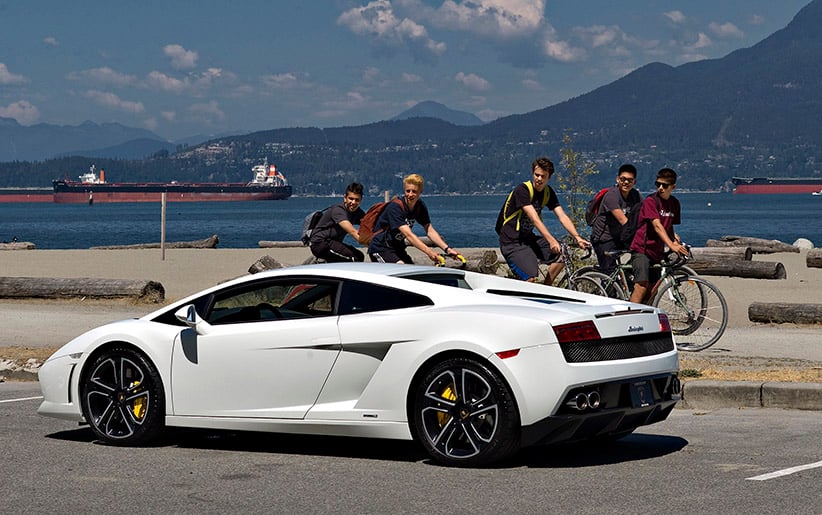 Vancouver residents are rightfully proud of their “most livable city” accolades, but at least one of the region’s most important employers warns of an emerging “lifestyle bubble” that threatens to squeeze out big business.

The term appears in a recent update to the Port Metro Vancouver’s long-range planning document, which attempts to set out a vision for the region through 2050. Among the four scenarios contemplated: a future in which Vancouver’s only significant industries are those that service tourists and the wealthy people who move to the rain-slicked B.C. city to retire, relax and enjoy the pristine ocean and mountain views from their pricey condos. Needless to say, there isn’t much room in this seaside Shangri-La for a busy commercial port and its towering cranes, piles of rusty containers and fleets of exhaust-spewing trucks.

Robin Silvester, the port authority’s CEO, can already feel the window walls closing in. While booming trade with China resulted in the port handling nearly 140 million tons of cargo last year, up three per cent from 2013, the 16 municipalities surrounding the port’s 27 bustling regional terminals are increasingly wary of living next door to heavy industry. The drawn out fight over Kinder Morgan’s pipeline expansion project in neighboring Burnaby, which would pump Alberta crude to tankers at the port, is just one high profile example of the emerging schism. The local handwringing that followed the spill of 2,700 litres of bunker fuel from a grain-carrying ship in English Bay last April is another.

For the port authority, a key issue is the dwindling supply of industrial space near marine terminals. Municipalities in the Lower Mainland have responded to soaring demand for real-estate by re-zoning commercial land for condos and retail. But Silvester warns the trend will soon begin to choke off the port’s operations if big companies like, say, Canadian Tire can no longer find adjacent land to build or expand their distribution centres. “We’re at a risk of hitting an economic brick wall,” he says, adding that it’s not just a local issue since one out of every five dollars of trade with Canada moves through Vancouver. “We think there’s less than a 10-year supply of industrial land left in the Lower Mainland.”

It’s hardly the first time someone has suggested Vancouver is at risk of becoming a “resort city.” Nevertheless, it’s jarring to hear the words come from the lips of an organization that, by its own count, supports nearly 100,000 Canadian jobs and contributes nearly $10 billion a year to Canada’s economy. It also raises the question of whether Vancouver could function with a primarily service-oriented economy—a city of millionaire homeowners (and would-be ones) and their support staff.

Admittedly, it’s an extreme scenario. But as local newspaper columnist Barbara Yaffe recently pointed out, it’s hardly far-fetched. The port authority’s study, written by consulting firm Deloitte in consultation with dozens of stakeholders, sketched out a vision that, with few exceptions, sounds remarkably like 2015, never mind 2050. It foresees: more foreign investment further driving up local housing prices; a flight of middle class families to cheaper suburbs; growing local environmental opposition to big energy projects like pipelines, prompting their owners to relocate them to other ports in northern B.C. or south of the border; and a gradual transformation of Burrard Inlet’s industrial waterfront into a playground for local condo owners.

David Ley, a professor of geography at the University of British Columbia, says rising property prices could indeed one day prompt the city to convert low-density waterfront lands in East Vancouver over to residential use (although not the lands directly managed by the port authority, which are owned by the federal government). It’s happened already in other neighbourhoods. “Much industrial land has been lost in central Vancouver since 1970, when all of False Creek was still industrial,” Ley says of the finger of water that stretches inland from English Bay and is now ringed by condos. He adds that a key issue for the city going forward will be the tenacity with which it preserves industrial real-estate—hardly the sort of issue that’s likely to light a fire under local politicians or the voters they represent.

Beyond the port, other Vancouver businesses are expressing concern about the impact of soaring property values—and the mainland Chinese money believed to be driving it—on the health of the local economy. Earlier this year, VanCity credit union released a study that warned rising housing costs could push young professionals out of the city within 10 years, potentially sparking a labour crisis. Meanwhile, a poll by Angus Reid found that as many as 150,000 families in the region were considering moving away from Vancouver, sparking questions about who will fill all those service-oriented jobs. Even Vancouver’s burgeoning tech sector, anchored by fast-growing firms like Hootsuite, has complained about the challenge of luring management talent. “The big question for the future of the city’s economy is [how] to make the lifestyle amenities here a magnet for footloose businesses,” Ley says. “But for that to happen there also has to be more affordable housing or new transportation links to cheaper land.”

While Vancouver’s predicament is somewhat unique in Canada, residents can take comfort in knowing other cities around the world face similar challenges. In London, where sky-high home prices are also the norm, commercial landlords warn that efforts to transform vast swaths of office space into residential homes could have a serious economic impact down the road. In Westminster, a neighbourhood in central London, it’s estimated that 4.4 million square feet of commercial space has been lost over the years, according to the Financial Times. “We need to look carefully at the balance of homes and workplaces and the full range of housing needs,” the newspaper quoted the Westminster Property Association as saying. To completely replace offices with housing would be to “replace one problem with another.”

Back in B.C., the Vancouver port authority hopes the city won’t ever face such a stark choice. Hence, the federal agency and its stakeholders have embraced a future vision where shipping and trade becomes much greener and is therefore allowed to thrive alongside Vancouver’s increasingly wealthy and environmentally-minded residents. Silvester, for one, points to the port’s steps in this direction by being among the first to employ a dedicated environmental staff and a recent decision to deploy hydrophones in the Georgia Strait to monitor underwater shipping noise, which is believed to have an adverse impact on whales. “We’ve got this triangle of land between the mountains, the [U.S.-Canada] border and the sea,” Silvester says, noting that the Lower Mainland’s  population is expected to grow from 2.5 million now to 3.5 million within the next three decades. “All these different things need to be accommodated for it to continue to be a vibrant and sustainable region. If we don’t get that balance right, we’re going to have a problem.”