Why a crisis in the oil patch is an opportunity

The outlook for the energy sector in the short term looks gloomy, but there’s a huge upside 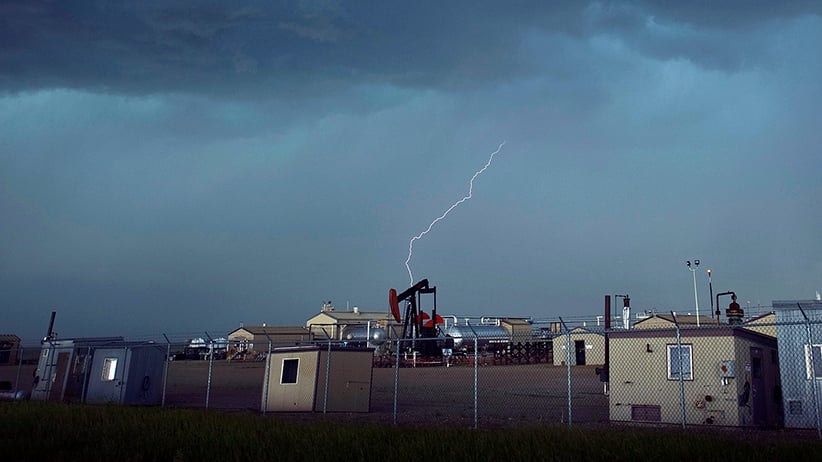 Last week the global price of oil fell below US$80 to a four-year low, having plunged by $10 a barrel in each of the previous two months. From Libya and Saudi Arabia to North Dakota and Alberta, that has sent energy execs and investors scrambling to figure out the magic price point at which oil company profits would turn to pain. The estimates vary wildly, but one thing is certain; if prices keep falling as fast as they have since June—down more than 27 per cent so far—the end of the oil boom will bring a shake-out in the sector unlike anything we’ve seen in 30 years. Most will view that as a crisis. A few will realize an opportunity and seize it. Wouldn’t it be nice, for a change, if one or two of them could be Canadian?

Make no mistake, the possibility of carnage in the energy sector in the short to medium term is very real. A decade of soaring energy prices tempted many companies to take on high-cost projects, and to borrow for expansion, leaving them dangerously overextended In the U.S. shale oil sector, where a dramatic increase in production levels has helped form the glut of crude now swishing around the globe, companies took on mountains of debt in recent years to finance their drilling and exploration operations. In Canada, where the falling loonie has acted as a buffer against the worst of the rout, there remains a swath of the industry that will be in jeopardy if oil prices stay this low for an extended period of time.

That shouldn’t come as a surprise. It’s what happened in the wake of the last oil rout in the 1980s. As recently as 2000, Canadian oil executives were still fretting about the wave of consolidation that was sweeping the sector, taking out many of the industry’s most promising names. Consolidation, through M&A deals, is the likely natural next chapter for the industry again. In September, Calgary-based Encana launched a $7-billion takeover bid for Athlon Energy of Texas.

Canadian companies are arguably in an enviable position to do much more. Backed by Alberta’s mammoth oil reserves (estimated to be roughly the size of Saudi Arabia’s), an energy sector where many companies still enjoy healthy cash flows, and the soundness of Canada’s capital markets, all the parts are in place for a CEO with vision to attempt to build a world-beating energy giant.

Unfortunately, Canadian companies don’t have a great track record on this front. Think back to the financial crisis in 2008 and the nuclear winter that settled on the global banking sector. While America’s financial institutions were decimated—the five largest U.S. banks shed 40 per cent of their value—Canada’s banks were relatively unscathed. It was widely expected, then, that the Bay Street bunch would seize the chance to bulk up while U.S. assets were dirt cheap. But while the odd deal got done, Canada’s banks opted to remain bit players on the world stage. To be fair, the Big Five hadn’t fared well in previous forays into the cutthroat U.S. market. But this was a once-in-a-generation opportunity, and the Canadians chose to stay home and grow fat off domestic customers instead.

The reality is, more often than not, corporate Canada is a seller. Until last decade Canada boasted some of the largest mining companies in the world. Then, one by one, they were picked off—Inco, Falconbridge, Alcan—by companies from Brazil, Switzerland and Australia, hardly a trio of nations that enjoy any special advantage over Canada.

To borrow an example from another completely unrelated industry, one might also wonder why Burger King is buying Tim Hortons—two companies with similar-sized market caps—and not the other way around.

It’s not just that Canadian executives often seem terrified of their own shadows, though that’s a big part of it. Corporate Canada is particularly susceptible to the short-term thinking that has come to grip capital markets. Where an executive might view his company’s accumulated cash hoard as a war chest for growth, activist investors see cash as something that should be put to use to boost a stock price immediately, through share buybacks or higher dividends. And Canadian companies have tended to be favoured targets for hedge funds. Just last month Bill Ackman, the New York hedge-fund manger, praised Canada for having a “better regime in almost every measure” for shareholder activists. Put simply, Canada’s takeover rules make it very easy for companies here to be pressured into short-term thinking.

The answer is not to throw up regulatory roadblocks to foreign takeovers (though the Conservatives’ 2012 rules barring foreign state-owned companies from making acquisitions in the energy sector was entirely reasonable). But if Canada is ever to have corporate giants on the world stage again, it will take a cultural and mental adjustment at all levels, from boards and chief executives down to investors. So long as there is no appetite for long-term vision and the risk that entails in today’s marketplace, Canadian companies will continue to be targets.