Why so many people are angry at Air Miles right now

Air Miles may be Canada's largest loyalty program, but it's not inspiring much loyalty among its members. 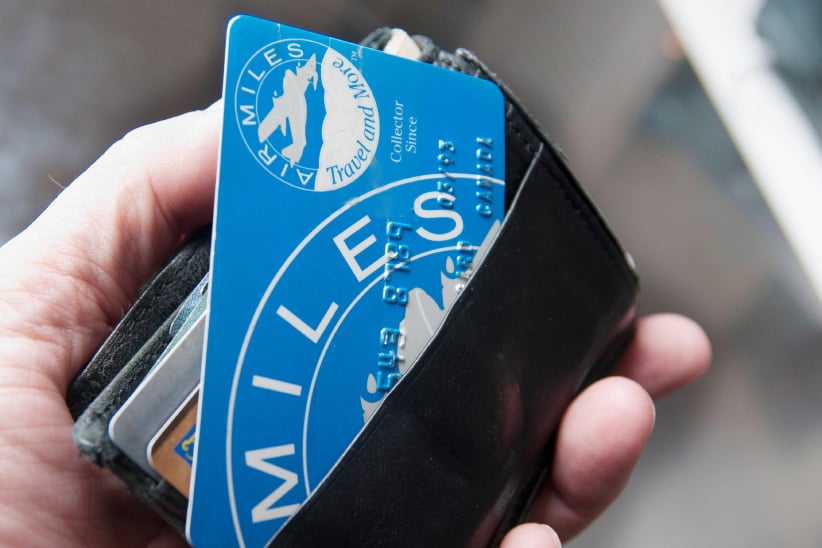 Air Miles may be Canada’s largest loyalty program, but it’s not inspiring much loyalty among its members.

As a Dec. 31, 2016 deadline to redeem miles older than five years approaches, Air Miles members are suddenly complaining of difficulties logging on to the company’s website or reaching a customer service agent by phone. Others say there’s a sudden and suspicious dearth of attractive reward options, ranging from flights to barbecues, or that some rewards advertised on the website are seemingly available only to certain users. “I have never felt so cheated by a company,” Ottawa’s Ashlea Langevin told the CBC.

Much of the frustration likely stems from the sheer volume of people who are trying to cash in their miles at the last minute. Air Miles first revealed in late 2011 that it was putting a five-year time stamp on all future miles it issued, and that all existing miles would need to be used by Dec. 31, 2016, or else they would be gone for good. Rachel MacQueen, the vice-president of Air Miles marketing for LoyaltyOne, the Toronto-based operator of the program, says she’s aware of the complaints and that Air Miles is taking  “immediate action” to address the lengthy phone waits and website issues. She added that 2016 will be the biggest year for redemptions in Air Miles’ quarter-century history, with a year-over-year double digit increase in July redemptions alone.

The Air Miles program, launched in 1992, boasts nearly 11 million “collector households” in Canada. Here’s how it works: LoyaltyOne sells miles to its more than 200 partners, which then use the miles to entice members to spend money at their stores or websites.LoyaltyOne earns a profit on the difference between the sale price of a mile and the cost to redeem them for a reward. It also benefits from what’s known in the industry as “breakage,” or the percentage of miles never redeemed by users. Texas-based Alliance Data Systems, which purchased LoyaltyOne in 1998, said in its 2014 annual report that Air Miles’ breakage rate was about 26 per cent—basically pure profit.

So why did Air Miles decide to add an expiry date to its miles five years ago? Two reasons. Vast numbers of outstanding miles sit in members’ accounts, and on Alliance’s balance sheet as liabilities. Second, research shows members who redeem miles more frequently are more engaged and therefore more valuable to a loyalty program’s partners like grocery stores and gas stations. Put simply, they spend more money.

Jonathan Bishop, a research analyst with Ottawa’s Public Interest Advocacy Centre, says he understands why Air Miles wants to clean house, but that it should have been better prepared for the last-minute rush of redemptions that’s clearly put a strain on its resources. That includes sending frequent email reminders about the pending deadline. “From a consumer perspective, the Air Miles policy announcement and subsequent follow-through—or lack thereof—is probably one of the key irritants here,” he says. “Air Miles was very upfront about implementing the expiry policy back in 2012, but then it kind of went away.”

Rival loyalty program Aeroplan, formerly owned by Air Canada, experienced a similar debacle a few years ago when it tried to implement a previously announced seven-year expiry date on its outstanding miles. In a 2013 PIAC report that recommended the industry adopt common guidelines, Bishop pointed to a U.S. consulting firm’s research that found it became much more difficult to book an Aeroplan reward flight—generally the most popular reward option— as the Jan. 1, 2014, expiry date drew nearer. Facing a consumer backlash and even a class-action lawsuit, Aeroplan ultimately backed off its plan, although it still deactivates accounts that haven’t seen any activity—either earning or redeeming miles—for a year or longer. Air Miles similarly deactivates accounts that haven’t been used for two years.

As for the spectre of disappearing Air Miles rewards, the confusion seems to stem from LoyaltyOne’s practice of segmenting its members base—heavy users of the program get more perks—and personalizing reward offers. MacQueen says the company takes into account variables like geography and past redemption activity when deciding which rewards to showcase to users. “For example, we target collectors who have expressed an interest in music-related events, with specific Air Miles stage-pass offers,” she says.

Bishop, for one, says Air Miles “finds itself in a bit of a PR mess right now” and would benefit from a few temporary tweaks to its business model while members scramble to redeem their hoards of miles over the next few months. If they don’t, he says they risk making thousands of people miserable, which won’t be good for the loyalty program or its partners. “You’re going to be telling your friends, ‘Don’t bother, it’s not worth it,’” he says. “Except in this day and age, you’re not sitting around the coffee table with your friends drinking a glass of wine. You’re broadcasting it to potentially hundreds of friends on social media.”