Why America’s economy has taken flight

While Washington played dangerous games with the budget, the economy was quietly on the mend 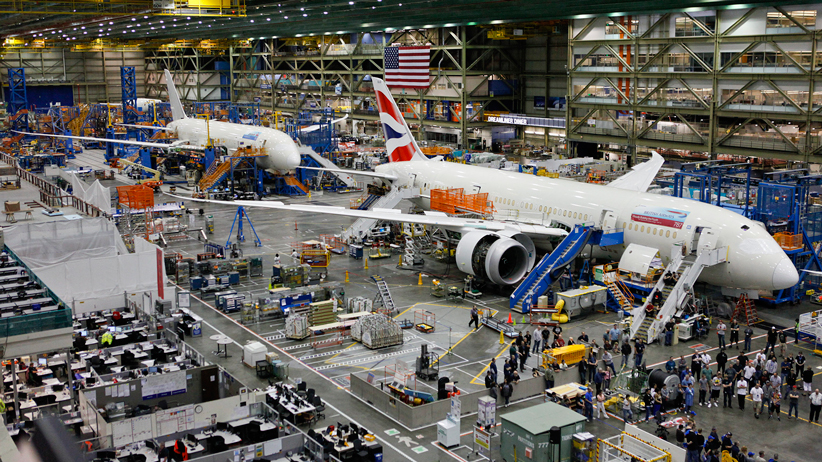 For many people the name Nouriel Roubini probably won’t ring any bells. Chances are, though, his nickname, Dr. Doom, will. Sure, there have been other economic prognosticators over the years who’ve been given the comic book supervillain moniker when they made gloomy predictions that came true. But Roubini stands out for his 2006 warning that the U.S. housing bubble was about to burst and that the fallout from subprime mortgages would ruin the global economy. So it wasn’t a surprise that in the wake of the financial crisis Roubini became the go-to voice of angst, always ready with a grim forecast for America’s economy—from the risk the U.S. was headed for default on its debt, to the likelihood of America tumbling back into a Great Depression-style double dip. Which made it all the more remarkable when Roubini observed last week that the global economy is like a jetliner with only one functioning engine keeping it in the air, and that that engine is America (with a little help from the U.K., he added).

Let’s pause a moment for that to sink in. It was only a couple of years ago that doomers, including Roubini, were feasting on the imagined carcass of American capitalism, thanks to an engineered cycle of government debt crises that repeatedly brought the economy to the brink.

While Washington played its dangerous games, however, the country was on the mend. In the third quarter, the U.S. GDP grew at an annual rate of 3.5 per cent, having been stuck in the two per cent range for several years. America’s industrial renaissance continues apace—U.S. factory activity has strengthened throughout the year. And the job market has come back, if not roaring, then briskly trotting. The number of U.S. job openings has climbed to a level not seen in 13 years, and there are signs that this is finally translating into rising wages for workers.

The U.S. has accomplished this against the backdrop of intense belt-tightening at the government and household levels. At no other time in the last half-century has America’s fiscal position improved so quickly. The U.S. federal deficit came in at US$484 billion in the 12 months ending Sept. 30—equal to 2.8 per cent of GDP—down from its peak of US$1.3 trillion in 2009, when the deficit was equal to more than 10 per cent of GDP. And at the consumer level, despite almost non-existent wage gains, households have gone to great lengths to repair their personal balance sheets, bringing their debt levels back in line with historical norms when measured against disposable income. Sure, the U.S. Federal Reserve continues to prop up the economy with ultra-low interest rates, but it has ended its quantitative easing program, which saw it buy up US$4.5 trillion in Treasuries and mortgage bonds as a way to inject liquidity into the economy, and higher interest rates are on their way.

The contrast between America and the rest of the world couldn’t be more stark. Growth in China is slumping, Europe is a mess, Japan’s economy has stalled and developing nations everywhere have hit the skids. Even Canada’s economy, which has traditionally done well when America does well, seems to be sliding in the opposite direction. As a result, last month, the International Monetary Fund slashed its outlook for global growth, warning that the world is suffering from an “uneven global recovery.”

The IMF has been using that sort of language for several years now, though in the early going the U.S. was the laggard. But here’s the thing: The uniform global growth that we saw in the wonderful and bountiful mid-2000s, when economies across the world were all expanding—or as Roubini might say, when all the engines on the jet plane were firing at once—was a fluke rather than the norm. Prior to that there had always been winners and losers; some countries did well, while others struggled.

We know now that easy access to cheap money spurred everyone to gorge on debt, fuelling growth to levels that could never have been achieved otherwise and could never hope to be sustained. (Greece, Spain, China: we’re looking at you). The even-keel global economy was a myth built on leverage.

For us here in Canada, there’s arguably more bad news than good in all this. As our largest export customer—America—recovers, we will, of course, benefit. But at the provincial and household levels, Canada has barely begun the necessary deleveraging process that has been under way in America for five years. Unfortunately, the drag from that threatens to keep Canada’s economy grounded, even as America soars.