Why Israel is so successful at building tech companies

Israel’s chief scientist explains why the country has the highest concentration of startups in the world. Are there lessons for Canada? 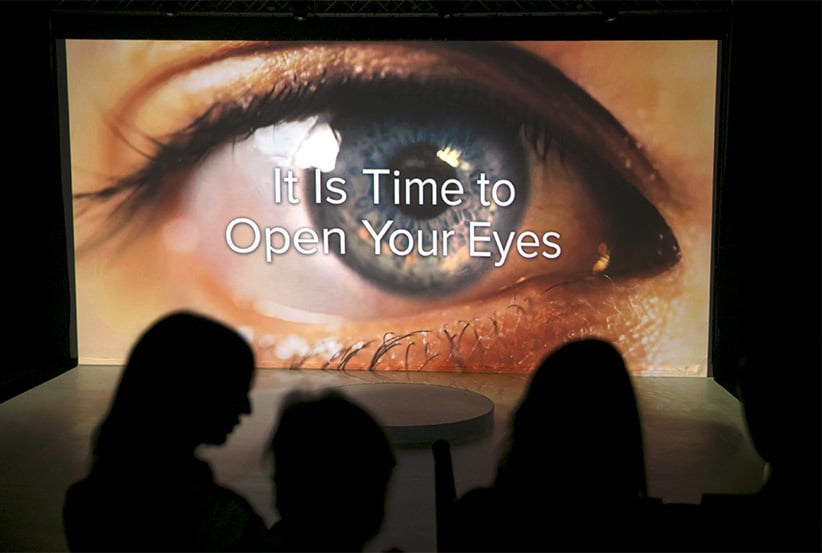 With oil prices in the tank, Prime Minister Justin Trudeau has highlighted the need to focus on the “resourcefulness” of Canadians to drive the economy in the future, not Canada’s “resources.” But the country’s track record when it comes to innovation—making money off ideas—is spotty at best. While we boast a well-educated workforce, world-class universities and a healthy entrepreneurial streak, Canada lags behind many of its peers when it comes to investment in corporate R&D, patent filings and venture capital financing, among other things.

What’s the fix? One country that seems to have it all figured out is Israel. With just eight million people, Israel boasts one of the highest concentrations of start-up companies in the world, earning it the moniker “Silicon Wadi.” Maclean’s senior writer Chris Sorensen spoke with Avi Hasson, Israel’s chief scientist, to find about the country’s 47-year-old innovation strategy, born largely out of necessity, and what Canada can learn from it.

Q: What are the key elements of the Israel’s innovation model? Will it work elsewhere?

A: You can’t copy and paste. You can’t think that things that worked in Israel will work for Canada or any other country. Size matters and culture matters. In a country like Israel, where high-tech is 50 per cent of our exports, you obviously don’t need to educate any government about how strategic the issue is. But there are nevertheless a couple of key points. One is the Israeli government’s approach to public-private partnerships. It starts from understanding the respective roles of the public and private sector within the world of innovation, and that government has a role to play regardless of your economic beliefs, because market failures are inherent in this space. The second one—and this is specific to Israel, so I’m not criticizing others—we don’t think we know better than the private sector when it comes to determining the next big thing. We don’t have strategic sectors. We don’t think we can build or mentor companies.

Q: How do you shape your approach?

A: We focus on building infrastructure, which is easy to understand. The other part is a bit more counterintuitive. It’s the notion that government can—and should—take on more risk than the private sector. It really goes to the heart of us trying to create additionality and not crowd out private investors. We’re trying to put our dollars into the places that matter most.

Q: So you invest in areas where the private sector is less likely to invest because of the risks?

A: My economic benefits are very different from that of a venture capitalist. Say your company fails—sorry for that—but four new start-ups emerge because of the IP, know-how, talents and lessons learned. For a venture capitalist, this was a very bad investment. But for government, it was a very successful investment. The spillover effects of the failure were actually very positive. So I can take on more risk because my return calculation is different. This isn’t just economic mumbo-jumbo. It actually works.

Related: Why foreign tech won’t be the Canadian economy’s saviour

Q: One criticism of Israel’s model is that, despite the impressive number of start-ups, few go on to become big, billion-dollar companies. Is there a role for government there as well?

A: Ten years ago, it was very hard to name a dozen companies in Israel that had over $50 million in sales. Now there’s a very long list of such companies. I don’t think it’s a coincidence. You can’t run before you walk. What you see is that most of these companies are run by second- or third-time entrepreneurs who maybe sold their first company and gained experience in the large corporation they sold to. So they’re starting out again and aiming higher.

Q: When you look at the innovation question in Canada—some might even call it a crisis—what do you see as the key challenges and opportunities?

A: It’s a bit presumptuous of me to give both analysis and advice. But I will say that everywhere I go, people understand the connection between innovation, R&D and prosperity. That’s a global trend. And I think everyone understands government needs to play a role. But I’m not sure there’s one way to do it. We have a model that’s worked for us, but obviously it has its trade-offs. However, I would say some of our practices make sense: the public-private partnerships, the approach to risk and creating an environment [for success]. At the end of the day, that’s what I do. My job is to create the best environment—human capital, venture capital, a tax regime and an IP regime—for entrepreneurs, multinationals or researchers to realize their potential.

Q: Some have warned that Canada risks creating a “branch plant” economy by relying too heavily on foreign firms to spur innovation here. How do multinationals like Facebook, Google and others fit into the Israeli strategy? Are there concerns that the value of what they’re doing in Israel is being realized in Silicon Valley, not Tel Aviv?

A: It’s a legitimate discussion. Israel is unique in terms of the magnitude of the phenomenon, with about 300 multinational companies in the country. About half of the Israeli high-tech workforce is employed in those centres. The other thing that makes Israel unique is that most of these foreign companies grew through the acquisition of Israeli start-ups. That’s different than in any other country. But I’m not sure I can say in 2016 what it means to be an Israeli company. And because I don’t know, I go beyond that question and say I don’t care. The only thing I care about is where the economic impact happens. If a large multinational acquires an Israeli company, I meet with management and show them why the best thing for the business is to move more intellectual property and employees to Israel. I also spend a lot of time engaging multinationals because they can provide infrastructure, expertise or market understanding that small companies don’t have. As long as you structure it in a good way, there’s a mutual benefit for both sides. This is why companies come to Israel. It’s the whole ecosystem. It’s a fount of innovation.