Workers who are rehired may have to cancel and repay their CERB payments. Here's how.

While the number of Canadians collecting CERB is likely to grow, some workers are now in a position of having to stop collecting payments 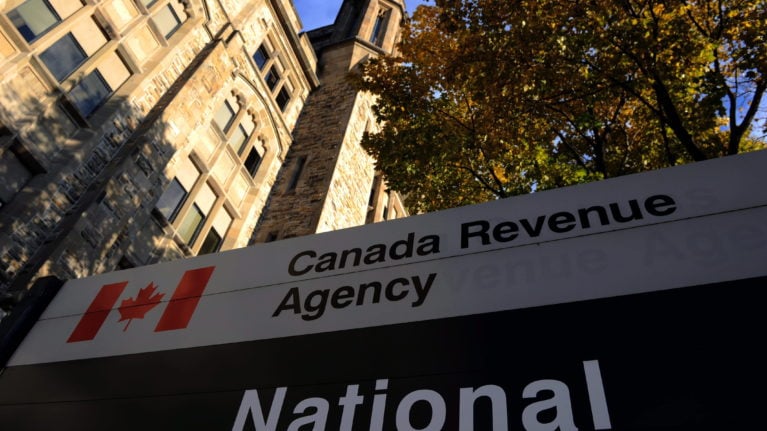 It’s not easy being in government during a once-in-a-century (hopefully) global pandemic. Out of all the difficult issues the Liberals have had to tackle over the last few weeks, rapidly developing financial supports for millions of Canadians has got to be the hardest. While every program will be scrutinized at some point, most people are bullish on the Prime Minister’s performance, with a recent Angus-Reid poll giving Justin Trudeau a 54 per cent approval rating, his best rating since 2017.

One program in particular – the Canada Emergency Response Benefit (CERB) – has been met with widespread enthusiasm, which is both good and bad. It’s bad because, at last count, nearly 10 million Canadians have had to tap into the $2,000 a month payment, which means an unprecedented number of Canadians are not working right now, but most agree that they’ve been able to get those funds quickly and efficiently.

While there’s a good chance the number of CERB recipients will rise in the coming weeks, some people are now wondering how to cancel those payments or in what situations they might need to give that money back.

When should you stop collecting CERB?

There are a few situations where you might want to stop collecting. The main one is that you’ve returned to work and are now earning a paycheque from an employer. The CERB was put in place to help people who are out of work due to COVID-19. That includes employees who were let go after March 15, self-employed individuals who are no longer earning an income because of the pandemic, parents who have had to take time off work to care for now out-of-school children and those who have fallen ill with the coronavirus, or are taking care of a loved one who has gotten sick, and therefore can’t go into work and earn an income. If you no longer fall into any of these categories, then you should stop collecting CERB payments.

Some people will get rehired thanks to another government program: The Canada Emergency Wage Subsidy (CEWS), which helps businesses pay employee salaries. Getting rehired because your workplace is making use of CEWS is still getting rehired, which means you’ll have to stop your CERB payment. (If you do get brought back because of CEWS, your cheques will come from your employer. Your workplace applies to the government to get reimbursed for your salary.)

READ: What the Canada Emergency Wage Subsidy means for workers hurt by Covid-19

As well, you are allowed to earn $1,000 per month in additional income, but if you start exceeding that amount, you may need to stop collecting.

There is another, and certainly odd, reason to reign in your payments. You can apply for CERB two ways: via the Canada Revenue Agency’s website and also through Service Canada. Those who have inadvertently (we will give them benefit of the doubt) signed up on both websites may be receiving two payments per month, instead of one. If you are getting two cheques, you’ll have to give one back.

How can you stop your CERB payments?

You don’t need to stop payments, per se. If you want to continue receiving your $2,000, you must reapply for that money every month. If you’ve started working again just don’t reapply. It’s as easy as that. You are entitled to receive money again if your situation changes because of COVID-19.

There may be situations, though, where you’ve received a cheque that you no longer need. Maybe you’ve realized that you’re actually not eligible to receive the CERB (the government is trusting you to make that determination) or your work has decided to pay you back for any income missed. In those cases you will need to repay those funds.

There’s also the chance that you’ve received a cheque and then went back to work and got paid, say, for two out of the four weeks of the month. In that case, you’ll likely have to repay at least some of the CERB, but it’s not yet clear how that might work. “I can’t speculate as to what type of payment the CRA is going to ask for and when,” says Hali Van Vleet vice-president of people advisory at accounting firm BDO. “The best advice is to call the CRA and explain the situation and find out how to repay it.”

How do you repay the CERB?

If you do need to repay the CERB, the Government of Canada’s website lays out how to do it. But, basically, you either return the uncashed cheque, write the CRA a new cheque for the amount owing or repay through your MyCRA account.

The CRA is asking people to return any money before December 31, because then they don’t have to send you a T4 for the money you’ve received. (CERB is taxable, which means you will receive a T4, just like you would any employment income and you will have to pay tax on those funds.)

It’s still not clear how the government will get its money back if you continue to collect cheques, even after you’re not entitled to them anymore. All they say is, “In delivering the CERB, the CRA will be verifying that individuals are eligible to receive the benefit. In cases where claimants are found to be ineligible, they will be contacted to make arrangements to repay any applicable amounts.”

As of now, the government is putting the onus on you to either collect or stop your CERB payments, so don’t run afoul of the rules. If you’re unsure of what to do, just call the CRA and they’ll be happy to help you figure out how to give them their money back.