Medicine, art, engineering, architecture, design and manufacturing: there is no end to the demand for 3-D printing 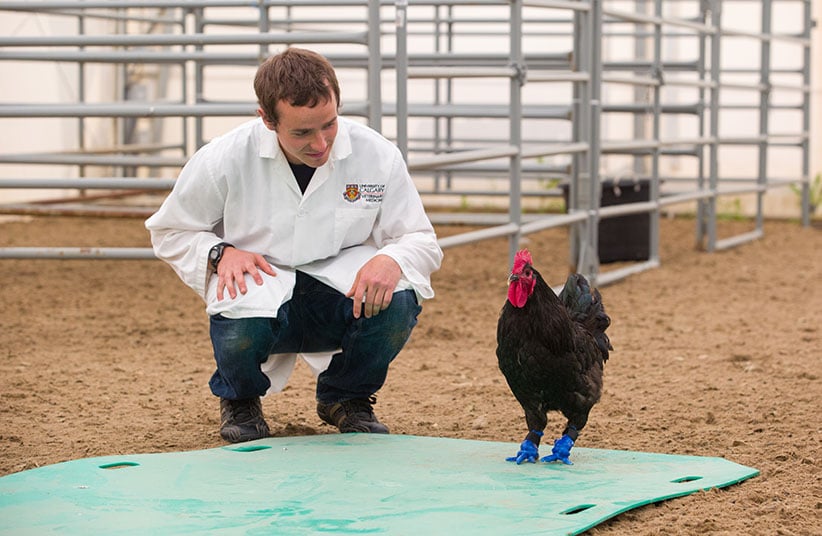 Wake-up call: Douglas Kondro made Foghorn the rooster some new feet, which spawned a new business

The year was 2013 and U.S. President Barack Obama was making his State of the Union address, speaking about a new centre for technology in Youngstown, Ohio. “A once shuttered warehouse is now a state-of-the-art lab where new workers are mastering the 3D printing that has the potential to revolutionize the way we make almost everything,” he announced. “There’s no reason this can’t happen in other towns.”

Farzad Rayegani, director of Sheridan College’s Centre for Advanced Manufacturing and Design Technology (CAMDT) north of Toronto, remembers hearing this and turning to his wife to say: “What is he talking about? We have that in Brampton!”

Rayegani was referring to FabLab, Sheridan’s “fabrication lab” in the 40,000-sq.-foot CAMDT building at the heart of the school’s Davis Campus. Five years ago, before that presidential address, Sheridan College knew companies would be looking for engineers trained in new manufacturing technologies and decided to invest heavily in digital fabrication. As a result, CAMDT’s FabLab is equipped with vacuum formers, injection moulding machines, CNC milling machines and massive 3D printers and scanners—some of the most modern equipment in manufacturing. “3D printing has been around since the ’80s, but it’s been locked away in high-end R&D labs,” says Vancouver-based 3D printing consultant John Biehler. Only in the past decade has 3D printing become affordable and available for home use. However, hobbyists who make trinkets in garages are only scratching the surface of its potential.

A 3D printer takes models designed on computers, slices the model into layers and, from an extruding head, prints the shape of each layer, one on top of another. These printers can use a variety of materials: starch, plastic, nylon, clay, silver and titanium, for starters. Some prototypes even use biomaterials to print human skin. The technology can be used in engineering, design, manufacturing, the arts and medicine and will intrinsically change the way things are designed, developed and manufactured in every industry.

There are no university or college programs focused purely on 3D printing, but a growing number are teaching the technology within speciﬁc disciplines. Sheridan, for example, offers two- and three-year diplomas in mechanical engineering technician/technology and mechanical engineering technician/technology—design and drafting. “We don’t teach students 3D printing in isolation,” says Rayegani. “We teach students a number of manufacturing tool processes, and within this is 3D printing.” It’s worthwhile training: an entry-level manufacturing technologist can make $40,000 to $50,000 a year. An engineer proﬁcient in 3D printing can bring in $70,000 to $80,000 a year right out of college.

Sheridan classroom sizes are smaller than the average university engineering class to maximize the practical experience for students, who work with entrepreneurs and industry professionals. “A class of 700 people can conceive and design, but rarely gets to implement and operate,” says Rayegani.

CAMDT is the beneﬁciary of a $763,000 Canada Foundation for Innovation grant, announced early this September, and expects to devote a total of $2 million to multi-material printing technology, the ﬁrst of its kind in Canada. Rayegani says this will pave the way for collaboration with doctors and hospitals, turning CT scans or MRIs into 3D models of brains and other vital organs.

The technology isn’t exclusive to engineering and manufacturing programs. The University of Toronto’s John H. Daniels Faculty of Architecture, Landscape and Design has added the technology to its honours bachelor of arts architecture degree program. The university will be offering a stream focusing on design software and technology, including 3D printing, for its upper-year students beginning this fall.

Jeannie Kim, assistant dean of the department, says introducing new technology to the program was influenced by a new workplace demand for employees versed in digital design technologies along with an appetite from students to learn it.

Besides adding a focus on design technology, a new mandatory second-year modelling and design fabrication course introduces design principles and strategies to students through 3D technology, including 3D printing.

Students enrolled in U of T’s architecture program are taught skills to prepare them for work in traditional and modern roles at architecture ﬁrms, including shop manager, fabrication coordinator and 3D specialist. Their job prospects aren’t limited to the ﬁeld of architecture, however. These skills are needed in industrial engineering, manufacturing, software development and commercial and industrial design ﬁrms, as well as for various roles in the fashion and marketing industries. With these growing prospects, it’s no surprise that more people are trying to learn the technology.

Biehler was a tech blogger with no formal training in design or engineering when he taught himself 3D design and printing back in 2009 and blogged about it. He built a committed following, and answers a constant stream of emails—mostly about 3D printing. From there, Biehler decided to run workshops. “Basically I help people. I help companies, I help schools, libraries, museums, anybody who has questions about 3D printing.”

To Biehler, the creative application is just as important as the technology. “3D printing to me is not much different than a drill press,” says Biehler. “You still have to learn how to use it—what’s exciting to me is seeing how people do that.”

Douglas Kondro, 23, was an undergrad in the University of Calgary’s four-year mechanical engineering program when he used the technology to design and print prosthetic talons for a chicken that had lost its feet to frostbite. “Through all my courses, I was exposed to a lot of different design work—particularly CAD [computer-assisted design]. That’s really applicable to 3D printing,” he says.

When Calgary’s animal and bylaw services rescued Foghorn the rooster in the winter of 2015, they saved it from freezing to death but couldn’t save its feet. The agency reached out to local labs to see if they made prosthetic limbs for animals, and eventually the request got to Kondro.

Several prototypes later, using ABS plastic and urethane foam, Kondro 3D printed prosthetic feet for the bird. In the process, he created a small business for himself. After his success with Foghorn, Kondro had requests from surgeons and veterinarians across North America for other animal prostheses, ranging from more rooster talons to customized appendages for hawks, goats and dogs. Kondro now works part-time at his start-up company, Sergius Technologies Ltd., which he runs with his supervisor turned partner, Mark Ungrin, a professor and researcher in the University of Calgary’s faculty of veterinary medicine.

Back in Brampton, Rayegani believes that when small-to-medium-sized businesses adopt 3D printing, it will stimulate economic development through faster and cheaper manufacturing. That growth is inevitable, but the lack of a trained workforce is holding the process up. “Education is critical,” he says. “That’s why we’re here.”