How to get accepted to a Canadian university: five mistakes to avoid

Want to ace your university or college application? Avoid these silly errors 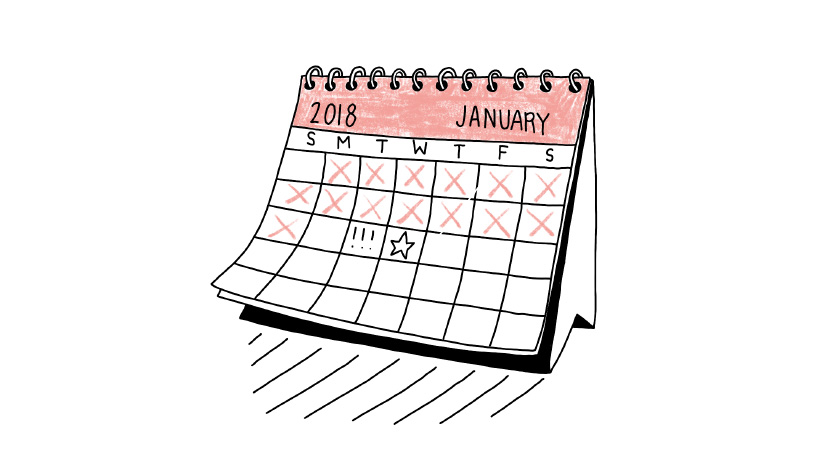 Top grades and an impressive list of extracurriculars won’t mean much if the right people never get to see your credentials. If you don’t communicate your skills and talents to colleges and universities, no one else will, either. Here are five common application mistakes to avoid when applying to post-secondary institutions.

1. Committing before you’re ready
University is a big step from high school, and not everyone is prepared for all it involves. The combination of navigating new academic expectations, finding new friends and living more independently (often in a new city) can take its toll—even more if you’re entering a program with little tolerance for failure.

MORE: The Maclean’s Guide to Getting In to University or College

“We encourage lots of high school students to take a year off,” says Bill Anderson of the University of Waterloo. Students who return to school with extra work experience are more attractive hires in their co-op work terms, he adds. “A lot of students don’t want to take a year off because they see it as a waste of time, but I think it’s better than committing to a program and wasting a year’s tuition [before] trying to switch to something else.”

Andrew Arida, director of undergraduate admissions at UBC, notes that in B.C. and Alberta, a robust transfer system between colleges and universities makes it easy for students to start closer to home at a more affordable institution, then move to a bigger university partway through their degree. This is also an option for students whose high school grades aren’t strong enough to get into a competitive program directly, but who want a chance to improve. “You can start in one place and easily transfer to another in second or third year,” he says. “It’s a much better plan than staying in high school and retaking your classes.”

2. Misunderstanding expectations
Joni Taylor, admissions associate at the Emily Carr University of Art + Design, explains that there are two key components of a successful application portfolio: original works of art and a good explanation of the ideas behind each piece. Sometimes, students fail to pay attention to these requirements, submitting work that might be of excellent quality technically but lacking originality. “If the student has some copies of Disney characters and they’re great iterations,” she points out, “that would [still] be considered a weak portfolio.”

Arida points out a similar problem with some applications to UBC when it comes to the short-answer questions potential students must answer. “The most common issue is the distinction between what you’ve done and what you’ve learned from what you’ve done,” he says. “Sometimes students are surprised [at not getting accepted] because they’ve done so many things, but they don’t really articulate what they’ve learned.”

3. Procrastinating
The chance of early admission isn’t the only reason to get your applications done with plenty of time to spare. You’ll also avoid the risk of any last-minute snags: your internet going down when you’re about to click submit, say, or a big snowstorm slowing down couriers when your reference letters are on their way.

4. Letting your grades do the talking
Some programs just want to see your grades. But when programs you’re applying to ask for supplemental materials, put effort into preparing those as well. “The only common thing I see wrong is when students are not taking the supplemental seriously,” says Jeffery Trapp, associate director of recruitment and admissions at Rotman Commerce. In Rotman’s video assessment, for instance, students have two minutes to complete the assessment—but not everyone makes full use of that time. “They might talk for 15 or 20 seconds, figuring that’s enough because their marks are high.”

5. Not leaving time to edit
When application materials can be refined, it’s a safe assumption that they should be. With essay questions, for instance, give yourself time to write, edit and revise your work, rather than submitting as soon as you hit the word count. And be sure to check your grammar and spelling, too. While Arida points out that UBC reviewers don’t assign points for these details—“We don’t want the personal profile to assess the same thing that’s in your high school grades,” he says—he does note that poor spelling and sentence structure can make profiles harder to read, which may then affect the scores given. And assessment scales vary; on his blog, Anderson says that one factor considered by Waterloo Engineering reviewers is quality of presentation, which takes into account grammar and writing as well as thought, effort and overall impression.

Taylor recommends that applicants to Emily Carr should ask a “critical eye”—someone like an art teacher or professional artist—to look over their portfolio before submitting it. “It’s good to get an objective perspective,” she says. One opportunity to get that critical second look is on National Portfolio Day, a series of free events across North America where students can show their work to various art schools to get professional feedback. Emily Carr hosts the Vancouver event on the first Saturday of December and also sends representatives elsewhere.