A tiny solution for a condo-sized problem 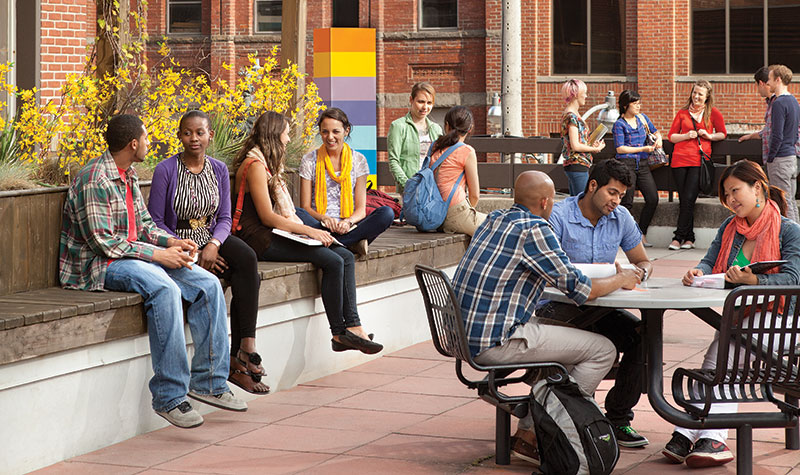 Perhaps extra aware of aerodynamics, racecar driver Andrew Bordin noticed something every condo owner will recognize: that sudden gust of hallway air that turns your apartment into a wind tunnel every time you open your front door. “That’s called corridor ventilation and 95 per cent of buildings use it,” he explains. “Basically, you have a rooftop unit filtering air from outside and pumping it into the hallways.” The higher your unit, the higher the air pressure moving in—and with it, dust and fumes and bacteria from everyone who’s walked through the hallway outside.

Gross, right? Bordin thought so. Concerned about the layer of white drywall dust he and his daughters breathed in, Bordin envisioned DoorFilter, an air-filtration device at the base of his door that would catch any lingering particles as they were blown underneath. Using that already-moving air pressure, DoorFilter doesn’t need batteries or electricity, and you don’t need to plug it in. “It’s so obvious and so simple,” Bordin says, “that when I went to a patent lawyer, he asked if I was sure nobody had patented it already. But nobody had.”

With his novel idea in hand, but without the knowledge or resources to research and build a prototype, Bordin was directed by a friend to George Brown College’s Centre for Construction and Engineering Technologies.

“We’re continuously trying to engage with industry on real-world projects,” says Andrew Fraser, then the manager of business development. “We have expertise in construction and machining, as well as one of the biggest machine shops in the GTA, and networks to connect big companies with small companies.”

About a hundred projects are ongoing at any given time, and recent collaborations include Zpirit Infused Water, low-sugar beverages; Clear Blue Technologies, which delivers solar and wind power to street lighting; and Tecla technology, a set of software tools that make mobile phones user-friendly for people with special needs.

Fraser began by forming a DoorFilter team of student researchers. They applied for and received funding, built rudimentary prototypes, and learned about building codes. “Turns out the tenant owns the inside of the door but not the outside,” says Fraser.

The final result is a thermoplastic strip at the door’s base with a replaceable cartridge that allows airflow while trapping dust, odors and allergens. Four years after pairing with the creative minds at George Brown, and already a hit in smoggy Dubai, DoorFilter is now on sale in Canada.