Drinking in class is encouraged at this Canadian college program 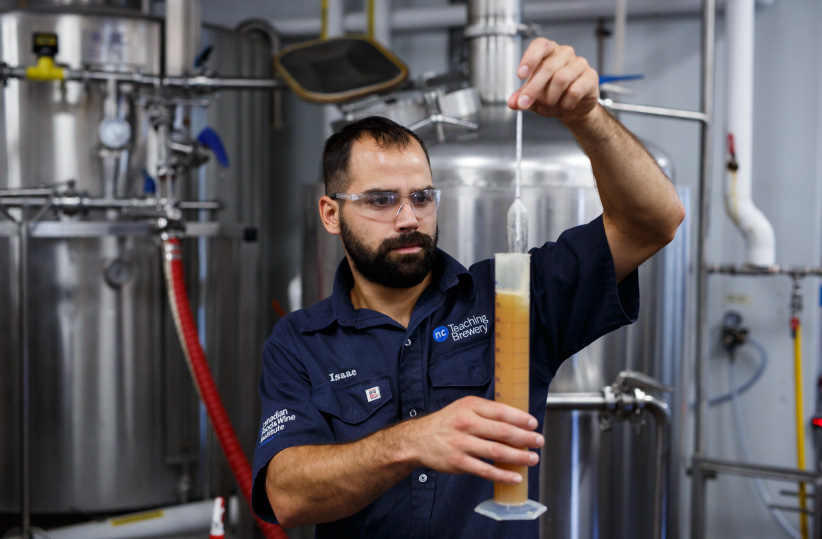 Isaac Bauman tests the beer’s gravity with the help of a Hydrometer, in the Niagara College Teaching Brewery. (Photograph by Cole Burston)

John Cull goes into geek mode whenever he has a cold beer. His nose and tongue can detect all the compounds and defects of the brew. He knows what food will best complement what he senses.

This is what happens when you graduate from Niagara College’s brewmaster and brewery operations management program. After receiving his diploma in 2016, Cull landed a job at Dynamic Process Solutions in Mississauga, Ont., as a brewing equipment project manager.

Cull, who had dabbled in home brewing, already had a bachelor’s degree in life sciences from Queen’s and a master’s in chemistry from the Royal Military College of Canada. He wanted to take advantage of Niagara’s 16-month program so he could start a career. “I’d already spent a lot of time in classrooms, so this timeline was attractive,” says Cull.

The popular program is the ﬁrst of its kind in Canada and welcomes 18 new students every four months. When students aren’t in a traditional classroom, they’re in the 4,000-sq.-foot commercial brewery at the school’s Niagara-on-the-Lake campus, where they have access to the state-of-the-art equipment, from 1,000-litre fermentation tanks to manual canning lines. “If they had it their way, they’d be in there all the time,” says Craig Youdale, dean of the college’s Canadian Wine and Food Institute, which heads up the brewery program.

The $9,600 course (including materials, health insurance and bus pass) started in 2008, after the Ontario Craft Brewery Association realized the college had a program for wine but not for beer. The number of Canadian breweries was rising dramatically, creating a desperate need for skilled workers. The school opened in September of 2010—and it grew fast. “Within a year of launching the program, we had to double the size of our brewery so more students could have access to all kinds of equipment,” says Youdale, who says they receive about 200 applications each term. 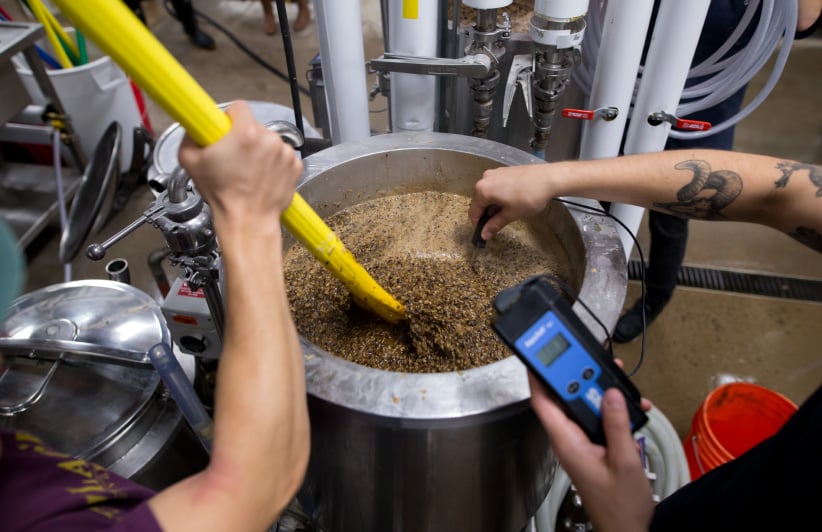 Because the craft beer craze keeps on surging, the curriculum is always being updated. There’s a program advisory council made up of about 20 industry professionals, including reps from big-league players like Molson Coors, who meet on a regular basis to make sure the program stays current with industry trends. With only a handful of brewing schools in the world, there’s little precedent to rely on when it comes to constructing a beer program, says Youdale.

This allows the brewmaster program to be unique in its own right. The curriculum is designed to groom students to be the best at beer. They learn how to analyze sensory data, write a business plan and design a recipe from grain to glass. They must learn how to replicate the school’s house beers—this includes the award-winning Beer 101 Bitter and Beer 101 Strong—to an exact speciﬁcation. And in the last semester, they undergo “Project Brew,” where they’re put to the ultimate test: organize a craft beer festival and present their own concoctions to judges and hundreds of paying customers. Explains Youdale, “They’re marked on everything: their marketing strategies, the chemical composition of their beer, their production methods, whether they got proper permits. It’s like the ﬁnal exam where they get to bring together business and science.”

In 2016, Cull’s class paid homage to the 500th anniversary of Germany’s Purity Law, which governed the ingredients of beer, with a Bavarian-themed festival complete with German food, music and dance performances. His beer was a smoked rye IPA with a barbecued pineapple undertone that he called the Devil’s Breakfast. “It really brought home all the components that we’d been learning in one fell swoop,” says Cull. Other student creations have included a spicy habanero-flavoured brew and a dark red beer made with beets.

With more than 750 brewing facilities in Canada, the curriculum boasts an impressive 100 per cent job placement rate, with some even landing gigs abroad. Walk into any Ontario brewery and you’re bound to ﬁnd someone connected to the program, says Youdale. Students—about 20 per cent of whom are female—have come from unrelated careers in law, medicine, music and engineering. “You see people from every walk of life here,” says Youdale. “The majority have been in another profession and then decided that beer is their passion.”