Canadian scholarships: Schulich Leader Scholarship–$80,000–advice from a past winner 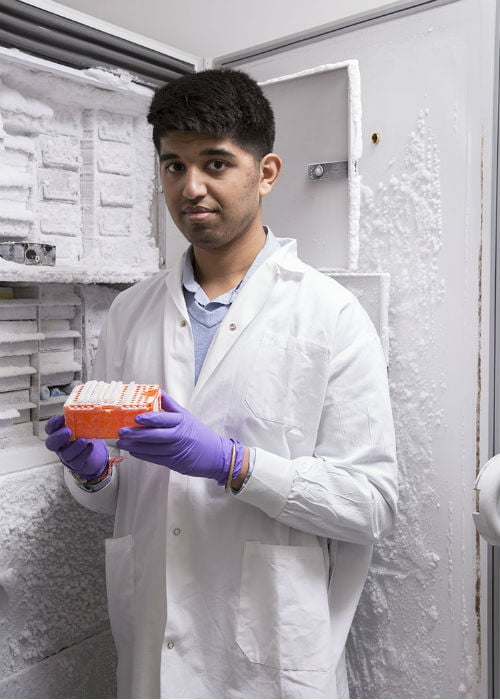 Up to $80,000. Founded by businessman and philanthropist Seymour Schulich to encourage students in STEM fields.

At a young age, Aditya Mohan was reading science journals. In high school, he sent letters to Ottawa researchers, asking if could work in their labs. That’s how the first-year McGill University student, who wants to be a doctor and a researcher, came to work on HIV at the Ottawa Hospital Research Institute, and begin research into the common cold virus, which he engineered to target cancer cells.

He has won a truckload of science prizes, including a Young Canadian Manning Innovation Award and the Sanofi Biogenius Canada competition, before he graduated from high school.

Now studying microbiology and immunology at McGill, the 19-year-old says filling out the Schulich application was pretty painless. “I had a lot to say about why I work on what I work on. It was an easy essay to write because I had been in the field already and was very passionate about it.”

One piece of advice: “Find opportunities that align with the field you’re interested in. Working in a lab allowed me to go beyond schoolwork and express my ideas in a different fashion. I think whatever you’re interested in, as long as you’re doing more work outside of your school curriculum, it shows there’s more to you than just school. I think that goes a long way.”