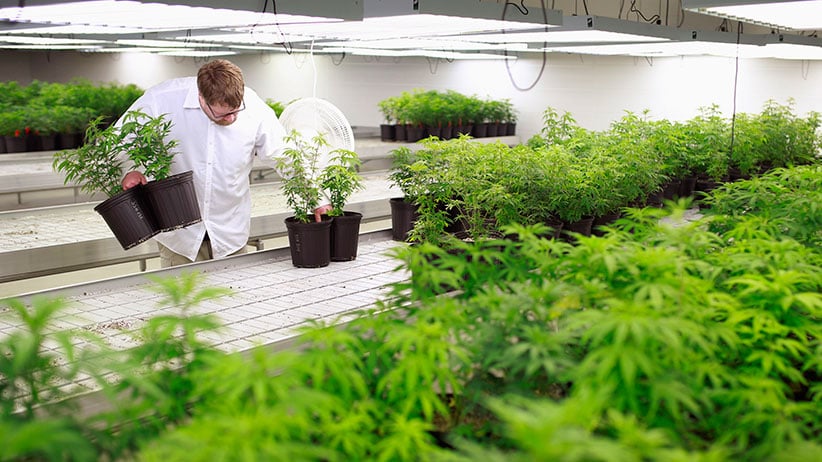 Brendan Kennedy first caught a whiff of opportunity six years ago. The former software entrepreneur—newly armed with an M.B.A. from Yale—was working at a Silicon Valley venture capital firm when he spotted something unusual amid the thousands of dossiers on tech, software and biotech firms: a start-up focused on medical marijuana.

Intrigued, Kennedy searched the vast databases at his fingertips. There were zero companies of significant size operating in the space—a surprise given the push to make weed available for patients in the U.S., Canada and other countries. So Kennedy embarked on a marijuana world tour, travelling to pot-friendly U.S. states, Canada, Spain, Jamaica and the Netherlands. His conclusion? Cannabis is a mainstream drug, consumed by regular people and, as a result, will eventually be legalized, creating a global industry worth more than $200 billion. Those who get in on the ground floor, with strong brands, would end up very rich.

Fast-forward to today and Kennedy is well on his way to becoming one of those lucky few. As CEO of Seattle-based Privateer Holdings, Kennedy oversees several cannabis-related companies, including website Leafly, which reviews marijuana strains and dispensaries, and Marley Natural, which sells pot products and bills itself as the “official Bob Marley cannabis brand.” Two years ago, Privateer launched Nanaimo, B.C.-based Tilray, one of about three dozen licensed Canadian medical marijuana producers.

Kennedy credits his business education, as well as that of his two partners (both have M.B.A.s), for bringing high-level management skills to a sector that, in his mind, suffered from cloudy corporate thinking. There was another key advantage, especially where stuffy Wall Street investors were concerned. “People thought we were crazy to enter this industry,” Kennedy says, “and an M.B.A. from a good university made us seem a little less crazy.”

Privateer’s professional, M.B.A.-influenced approach is evident throughout the firm’s operations. The corporate website is notably free of cannabis leaves and peace signs, while the executive photos look like they were pilfered from a life-insurance company. Similarly, Tilray’s clean, white website looks like that of any pharmaceutical manufacturer. It operates like one, too: earlier this year Tilray, with a 60,000 sq.-foot facility, became the first licensed producer in Canada to export marijuana overseas, and last week launched Canada’s largest clinical trial of medical marijuana in decades. Even Marley’s products, ranging from hemp-infused body lotions to pipes made of glass and black walnut (“paraphernalia” in cop-speak), look far more Aesop—a high-end brand of skin care products—than head shop.

But it’s not just about image. Kennedy says his training helped him to overcome the unique hurdles faced by a marijuana start-up and position the company for future success. “I had to approach six law firms in order to open the company,” Kennedy recalls. “Partners at three of them sat around the table arguing about whether they felt comfortable providing legal services to the marijuana business.” Similar scenes played out when he approached marketing and payroll firms, or tried to open a corporate bank account. “It’s by far the most complicated thing I’ve ever been involved with,” he says. “It’s complicated legally, socially, morally, politically, medically and religiously in certain places.”

Canadian producers are similarly upping their game by bringing in professional management—particularly as Ottawa prepares to legalize the controlled substance, setting the stage for a $10-billion industry in Canada, according to CIBC’s estimates. Bruce Linton, the co-founder of Smiths Falls, Ont.-based Tweed Marijuana, Canada’s largest licensed medical cannabis producer, brought on board a former McKinsey consultant and Harvard M.B.A. last year to oversee operations and drive down costs. He says Tweed, with its giant 350,000- sq.-foot greenhouse and a production space in a former chocolate factory, is now the only medical marijuana producer in Canada that follows pharmaceutical production guidelines in addition to leading management and manufacturing principles. Tweed’s parent may also be the only TSX-listed company that boasts a partnership with rapper Snoop Dogg.

As the industry matures and expands, there’s also been a push to have post-secondary institutions to offer training, particularly in middle management. Tegan Adams, a former medical marijuana consultant, pitched B.C.’s Kwantlen Polytechnic University on a 14-week, online, continuing-education course, which it adopted last year with Adams as its instructor. At the time, Adams says, there was a yawning chasm between growers—who she affectionately refers to as “potheads”—and the deep-pocketed investors who had dumped money into the industry. “It’s one thing to grow cannabis in your basement and a completely different world when you’re growing it for commercial purposes under the supervision of Health Canada,” agrees Deepak Anand, the director of the Canadian National Medical Marijuana Association, who was tapped to co-write the curriculum and will teach the course this fall. “Licensees were having a hard time finding people who had knowledge of the law and the regulations. They had take in people who were completely green and spend months training them.”

Other schools are considering getting into the game. Adams has consulted with the University of British Columbia on an accredited research program, and says that “a large Ontario college” is also interested, although she declined to say which one. Universities in Ottawa, Toronto and London, Ont., have, to various degrees, incorporated medical marijuana into law, pharmacy and biology courses. Adams, who is now the director of business development at a testing lab owned by Luxembourg-based Eurofins Scientific, says one Ontario business school has even looked at a specialization in medical marijuana. With all eyes on Canada’s charge toward legalized weed, the opportunity for Canadian schools to establish themselves as global leaders in marijuana-related research and business training is potentially huge—assuming, of course, they can get past the predictable jokes about dazed and confused students.

In the meantime, Kennedy plans to continue polishing the industry’s image. The goal? Having people look at his companies and say: “If that’s what the end of prohibition looks like, I think I can be comfortable with it.”