Canadian university professors spend roughly half of their time on teaching

While most academics claim to work fewer than 60 hours, a small number claim far more 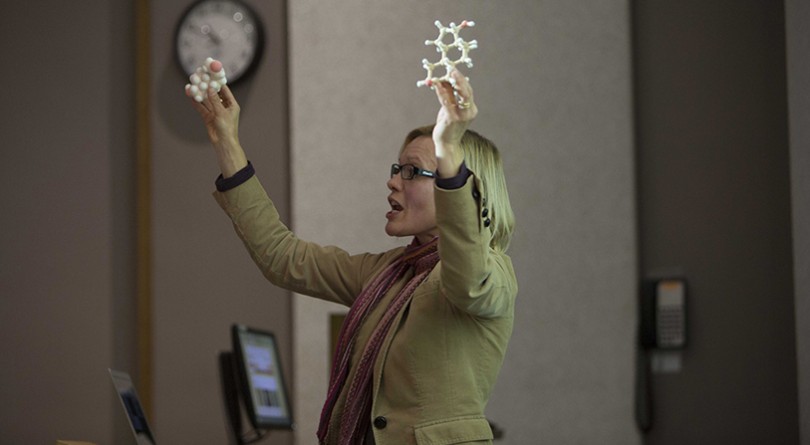 Professor Irina Kovalyova at Simon Fraser University during her Mutants and Monsters lecture that looks at the science behind science fiction. (Photograph by Della Rollins)

The average Canadian university professor works 48 hours a week and splits her time equally between teaching and non-teaching duties, according to Maclean’s annual survey of academics.

The 810 professors at institutions across the country who responded to this portion of the survey said they spend an average of 22 hours a week on teaching in the classroom, meeting with students, course preparation and grading. They spent slightly more time on administration and research, dedicating 26 hours per week to those activities on average. 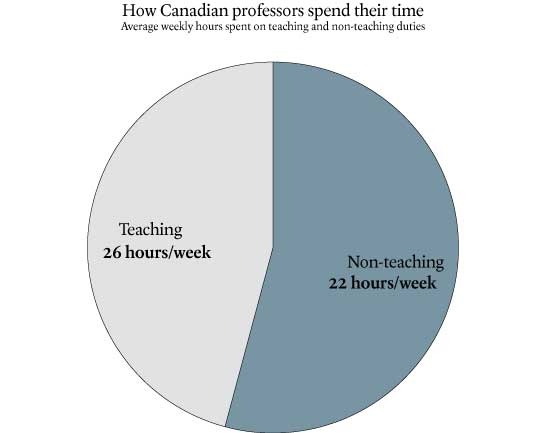 About 14 per cent of academics reported working significantly more hours than that, spending more than 60 hours per week on both teaching and non-teaching duties. A dozen respondents claimed to work more than 100 hours per week. 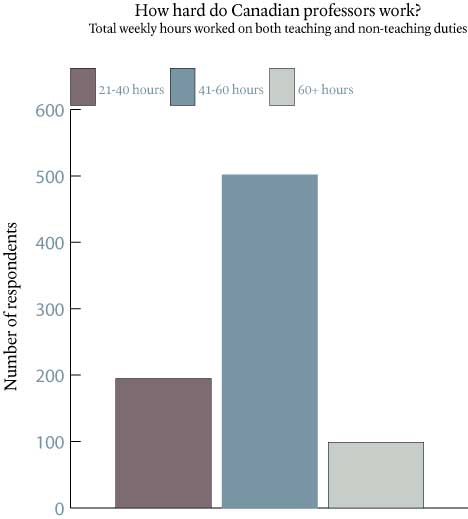 There’s a good chance they’re exaggerating, however. People who report working more than 60 hours a week are typically overestimating the actual time they spent working by 10 hours or more, according to a study from the U.S. Bureau of Labor Statistics.

About two-thirds of the academics who responded to the survey said they were happy with the balance between teaching and non-teaching duties. Their job titles didn’t affect their satisfaction rates, with chairs, professors and lecturers equally likely to be satisfied with how they split their time.